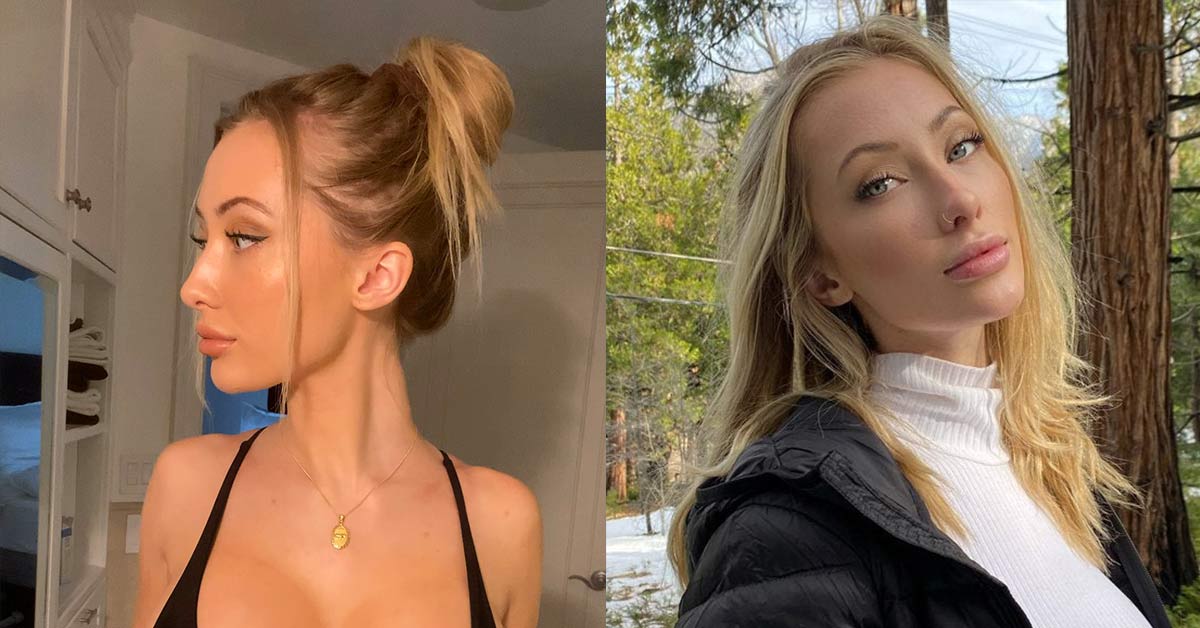 Numerous wildfires popping up all over Australia for the past couple of weeks have left devastation in their wake. However, it seems the tragic event has brought people from all walks of life together to join hands and fight the fires as best they can.

One person, in particular, felt the need to do whatever was necessary to get Australians the help they are in dire need of. And by whatever, she certainly meant whatever.

Twenty-year-old self-acclaimed “Naked Philanthropist,”  Kaylen Ward, saw the damage the fires caused and decided to raise funds to help by selling her nude photos online for $10.

On January 3rd, the Los Angeles model shared the information on Twitter that anyone who donates $10 and above to certain charities for the Australian fires and can prove it will get a personalized nude photo of her. The young lady who already sells her nude photos online figured she might as well do it for a good cause.

Killing two birds with one stone

Perhaps the more appropriate saying here would be “quenching two flames with one glass of water,” huh? Well, that’s exactly what Ward did.

She felt the media coverage on the issue was poor and that most people did not know enough about it to donate money to the cause. [1]

“I was reading all the posts on Twitter about the Australia fires and I was really concerned there wasn’t a lot of media coverage and not a lot of people donating,” said Ward.

Thus, in addition to raising funds herself, she also wanted to sensitize people so they’d donate as well.

“I got to see firsthand how many people were affected,” she said, referring to last summer when bushfires struck California and her family had to run for their lives. [2]

“It’s devastating and any normal person will be concerned and want to help. I saw so much media coverage about other things happening in the world, like when Notre Dame burned down and lots of people were posting and donating, but I didn’t see a lot of people doing that for Australia,” she said.

Ward didn’t think it would go viral… how humble. “When I first started I was nervous, super anxious. But five minutes later my inbox was flooded and those thoughts went out the window,” she said. “I was expecting to meet maybe $1000, but the tweets blew up,” she added.

In less than a day, she had received over 20 thousand messages in her inbox and she had to hire people to help her go through the messages and verify the genuine ones. She also listed several charities where the donations should be made to, including NSW Rural Fire Service, Victorian Country Fire Service, the Red Cross, and the Salvation Army, as well as a couple of koala hospitals.

In less than a week, Ward had raised over $500,000 for her cause. That is quite an impressive sum and it will be sure to go a long way in helping out.

This might sound cliché, but not all heroes wear capes; heck, this one doesn’t even wear any clothes.

The consequences of Ward’s steamy actions

Although Ward has helped tremendously, she has also come under heavy fire from different sources. She claims her family disowned her because of it. “My Instagram got deactivated, my family disowned me, and the guy I like won’t talk to me all because of that tweet, but f*** it, save the koalas,” she said.

On Instagram, it’s all about the number of followers you have. Companies and brands will only work with you if they feel you will be able to help them reach a massive audience. Therefore, it must be hard for the model to lose over fifty thousand followers on Instagram.

However, she is working on getting her old account restored. [3]

A few bumps along the road

Some people decided to ruin her plans by sending out her naked photos for free. The information got to Ward and she raged online saying, “People that have donated are offering my nudes for free to those who haven’t. Honestly, y’all are so sick and about to ruin it for everyone.” [4]

Despite their best efforts, she was still able to raise a whopping half a million dollars.

These fires have shown no mercy and Australia has been held under siege for the past couple of weeks because of them. So far, 27 people have lost their lives including four brave firefighters. An estimated 15.6 million acres of land has been burned. And in the state of New South Wales alone, over 2,000 homes have been destroyed.

The flames have no preferences; they’ve torn through bushes, woodlands, natural parks, and residential areas. The cities have been covered in thick plumes of smoke that harm people’s health. [5]

The dramatic nature of the fires

The fires follow no pattern. They just burn to destroy. In some areas, they burn in small blazes that can be easily contained. In other areas, they are terrifying infernos that destroy acres upon acres of land.

In NSW, over a hundred fires were burning in different places with more than half uncontained. Then, a mega blaze was created at the border of NSW and Victoria when two large fires merged.

Military troops have been sent in to evacuate people. Victoria was declared a “state of disaster” for being the worst area after over 1.2 million hectares of land was burned.

Emergency warnings have been issued to different places all over the country. People in the South of Perth, Western Australia, were told they “are in danger and need to act immediately to survive.” [6]

When will it come to an end?

These fires are due to many factors, including the extremely high temperatures reached in the country this season, longer periods of drought that has made everywhere drier than usual, and very strong winds.

Of course, there is the issue of climate change that seems to be responsible for the other factors, from causing intense heat in an already hot country to causing longer periods of drought. Forecasts show there will be very little rainfall for the next three months, and this will not be enough to put out the fires. According to information from the Bureau of Meteorology, the weather will likely be drier and warmer than normal.

“The statutory bushfire danger period would normally not end until the end of March. But it is not unusual to see the fire conditions extend, depending on local conditions,” said Ben Shepherd, NSW Rural Fire Service. [7]

Sadly, this means the country has to brace itself for a few more weeks before getting the respite they so much need. In the meantime, firefighters, the military, as well as charity organizations will continue to put in their best efforts to help.

As for Kaylen Ward, she is shocked by the massive amount of money she was able to raise in a few days and figures she will do something like this when the next natural disaster to strike. But pump the brakes on that thought, Kaylen; let’s finish dealing with this one before you bring up talk of any new disasters.