‘Behind The Curve’ Netflix Documentary: Flat-Earthers Ended Up Disproving Themselves With Own Experiment 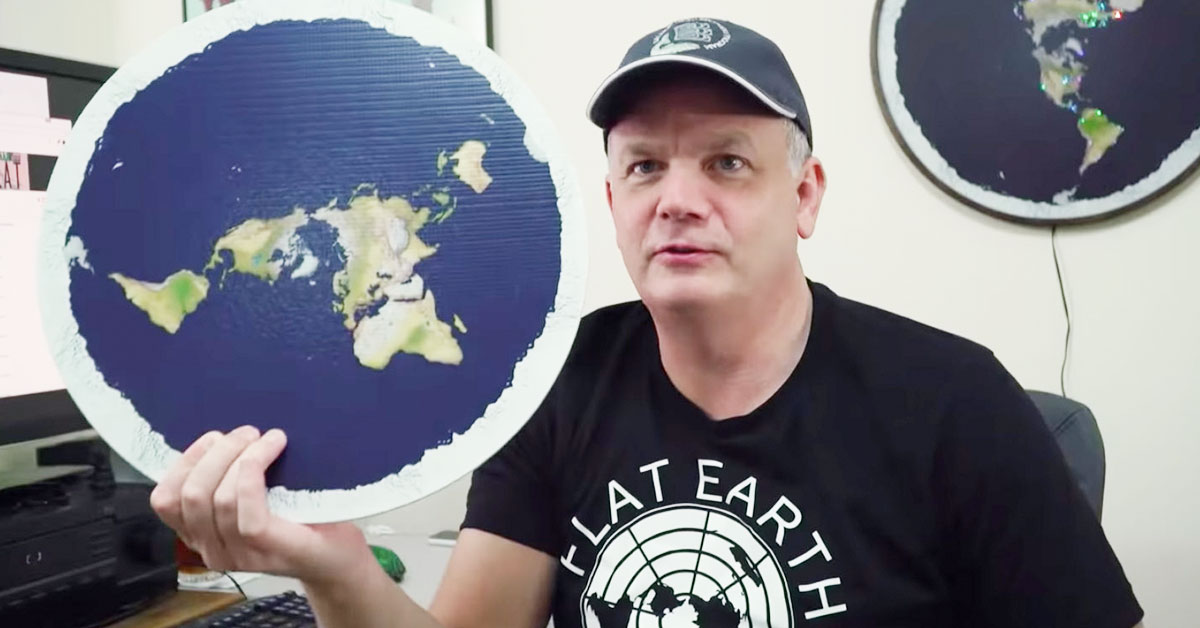 We always love to prove a point, especially to verify a personal hypothesis. However, sometimes, we could counter our own arguments by mistake. In the hotly debated issue of whether the Earth is round or not, this could be a costly mistake.

There are differing opinions about the shape of the Earth. Most people believe that the Earth is round while others say it’s flat, and both sides are trying to outdo the other with facts to verify their claims.

The documentary has received positive reviews about how it manages to focus on the human side of the movement. However, many viewers particularly enjoyed several moments in the film where Flat Earthers accidentally proved the Earth is, in fact, not flat live on camera.

In the first experiment, Bob Knodel, one of the hosts of the show, used a $20,000 gyroscope in an attempt to prove the Earth was flat. Gyroscopes measure orientation, and as the Earth rotates, they lean off-axis, staying in their original position while the Earth changes position.

Their findings of the shape of the Earth, however, were precisely what you would expect on a rotating sphere. Knodel said: “What we found is when we turned on that gyroscope, we found that we were picking up a drift. A 15 degree per hour drift.

“Now, obviously we were taken aback by that. Wow, that’s kind of a problem. We obviously were not willing to accept that, and so we started looking for ways to disprove it was actually registering the motion of the Earth.”

His team attempted the gyroscope test a few more times but continued to get the same result. Knodel still refused to accept the test as valid at a Flat Earth meet-up in Denver. [2]

He was overheard telling another Flat Earth community member: “We don’t want to blow this, you know? When you’ve got $20,000 in this freaking gyro… If we dumped what we found right now, it would be bad. It would be bad.”

The second experiment featured Jeran Campanella, Knodel’s co-host, and fellow Flat Earther. Campanella’s research involved using three posts of the same height and one high-powered laser to challenge the belief that the Earth is curved.

Unfortunately, the laser experiment failed to give any conclusive results, and a second experiment had to be carried out using light instead. This time, Campanella cut two holes at precisely the same height into identical Styrofoam sheets.

His premise was that if the Earth were flat, any light that shines through the first hole would appear on camera at precisely the same level behind the second hole. However, Campanella failed to make the light shine at equal heights, proving that the Earth’s surface is, in fact, curved.

The documentary ended with Campanella reacting to the findings of his experiments, saying, “Interesting. That’s interesting” as the screen faded to black. What is interesting is that these experiments have been used by Flat Earthers to prove their claims since 1836.

One of the earliest series of experiments by Flat Earthers was carried out on the Old Bedford River in 1836 by Samuel Birley Rowbotham. The test was based on the same principle as above, but this time, with a telescope held above water watching a boat with a flag on its mast. If the Earth was flat, the boat should remain in the telescope’s vision and not disappear down the global curve.

His findings were, however, disapproved in 1870 when Alfred Russel Wallace adjusted Rowbotham’s method to compensate for the effects of atmospheric refraction. With this, Wallace was able to find a curvature consistent with a spherical Earth. [3]

Overall, it is essential to continue to retest classic experiments to ensure their validity as science develops and technology improves. The curved nature of the Earth has been proven time and time again, but it can still be tried and tested. Until it is proven to be possibly incorrect, a round Earth could be referenced as a fact.