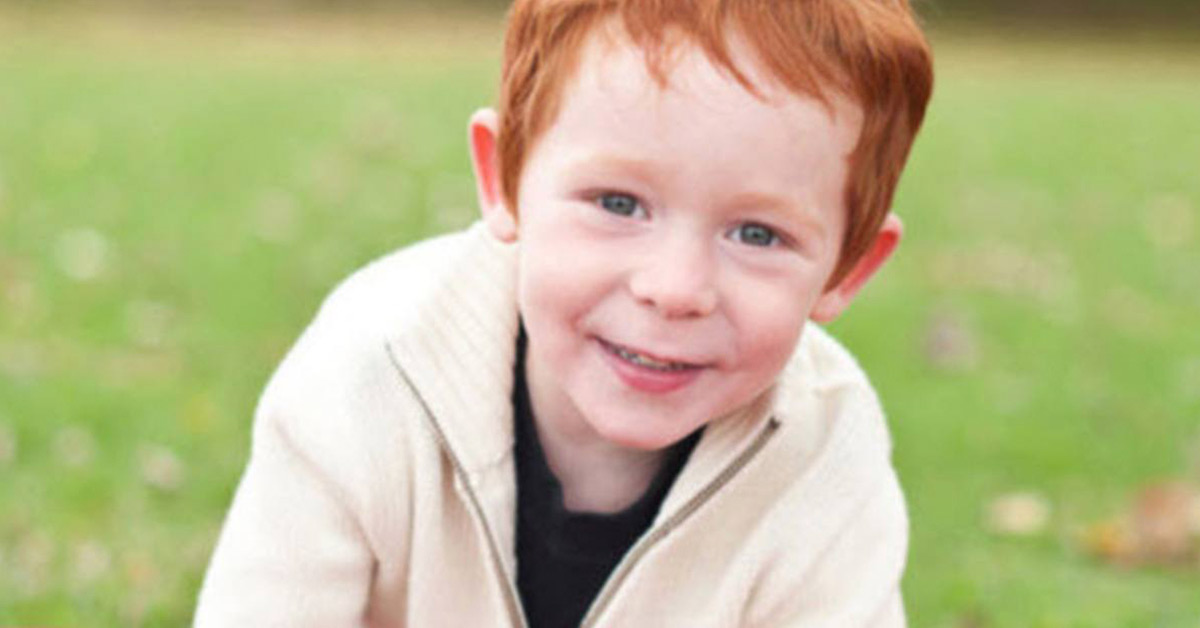 Bullying. Everyone has experienced some form of it at some point. It certainly leaves a sour taste in your mouth. Being bullied can be hurtful, but it becomes especially confusing when it happens over something you have no control over. It’s like the case of 3-year-old Noah Gilbert, who has gotten more than his fair share of bullying for having red hair.

Lauren Russel, Noah’s mom, is saddened and fed up with the treatment her son receives from people because of his hair color. When Noah came home to Lauren and told her how he felt about his “horrible” hair, 24-year-old Lauren was heartbroken for her son. Lauren from Southampton then took the bus with Noah, and she heard with her own ears all the horrible things a bully had to say about him.

The bully was just about 13 years old. And his remarks weren’t just boyish antics. He had horrendous stuff to say about Noah, like,

“I would hate my child to be ginger; I would kill it. All kids with ginger hair should go straight to social services.”

The Impact on Noah

These statements are awful at best. One must wonder where such a young boy got so much hatefrom. On his part, Noah might just be three years old, but he felt really bad. He began to wonder why his hair couldn’t be more like his brothers. Lauren has three other boys, 5-year-old Charlie and 7-month-old  twins, Jacob and Zachary. All of them are blonde.

At one point, Noah has even asked his mom if she can change his hair color so people will like him. [1] His older brother, Charlie, told him that his hair isn’t horrible, that it is beautiful — oh bless his kind soul.

After the incident on the bus, Lauren posted the story on Facebook. It went viral. Many people posted photos of their redhead kids in an act of solidarity. There were also many positive comments on the post. [2] Noah and his mom were overwhelmed by all of the love shown to them. Noah is always so happy when his mom reads him some of the comments from Facebook. Lauren wants to show him that there’s still good in the world. Noah is more comfortable in his skin — and hair — now.

Today my heart broke in two. I witnessed such cruel behavior towards my 3-year-old son from a very narrow-minded boy who couldn’t be much older than 13. And what for? Because he has ginger hair. My beautiful boy was told social services should have taken him away because his hair colour is disgusting. The boy then turned to his friend and said if he ever had a ginger child he would kill it.

Now my little boy is only three and was left very confused. He hasn’t stopped asking me why people don’t like his hair. He asked me if I could change it for him so people will like it. The reason I am trying to go public with this is because I know these cruel bullies are in the minority. I want to show my little boy that there is more good in this world than bad. There are kind and caring non-judgmental people who won’t ever single him out. I ask you all to please share this and show my boy how beautiful he is. I want to show him the good in this world with the power of Facebook. [3]

What is it with bullies and red hair?

Rachel, a reader of netmoms.com, spoke in length about her 4-year-old son who got bullied by some kids at school because he has red hair. She said they didn’t realize she was with him and they teased him with ginger insults. Eventually, they saw her and looked like deer caught in headlights. Rachel said she reported the situation to a teacher who immediately identified the boys. Isn’t it interesting how the teacher knew exactly who those boys were? One can only imagine some of the awful things they’ve said previously. [4]

Where does it start?

Studyingmama wrote about “red hair bullying” on her blog. A kid in her son’s school said, “I hate redheads.” She wondered where that came from and what could have brought him to say such a thing. She figured the adults are probably to blame. Kids are not born naturally hateful. They learn to behave like that from watching the adults around them. [5]

“It isn’t okay to bully somebody for their hair color, not now. Not ever,” said Lauren.

This is in line with the Anti-Bullying Alliance. The organization aims to stop bullying and create safe environments where children can live, grow, play, and learn. [6]

Cheers to all redheads out there! Remember how “brightly” Ed Sheeran and Prince Harry shine with their red hair.