6 Incredible Women Who Were Robbed Of Their Well-Deserved Fame 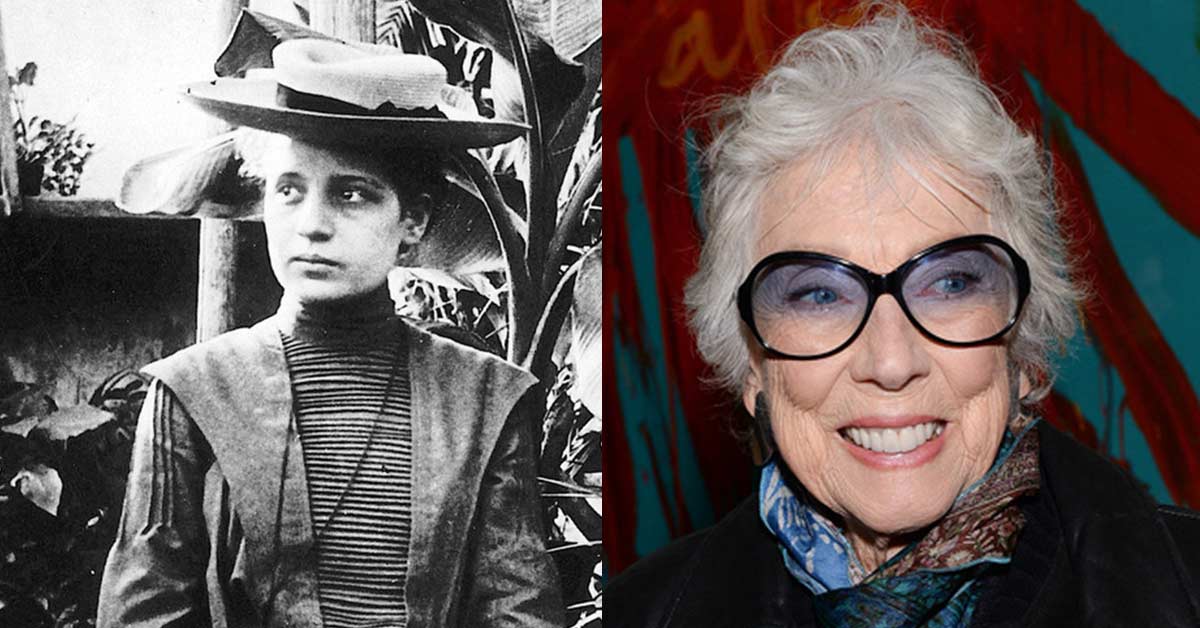 Have you ever wondered why men dominated your history books and other textbooks in terms of scientific discovery or artwork? It’s always this man or that man who discovered some big phenomenon in physics, or who made the best painting of a century. However, the truth has come to light that some of these works were done by women.

Some of them never received credit for their work during their lifetime. Some had to fight hard to be acknowledged. It is very sad, but at least some of them have been recognized for their hard work.

Here’s six times women were pushed to the background despite their hard work.

This right here is an incredible tale of art fraud of epic proportions. Margaret Keane is an American artist best known for “Big Eyes” — her collection of incredible oil paintings. However, up until the 60’s, everyone thought Walter Keane, her ex-husband, was the artist behind them. He started to sell her work in his name without her permission, and when she discovered that, he threatened her and used emotional abuse to shut her up. Margaret lived a miserable life, often locked in a studio painting for him.

Eventually, she found the strength to leave him and take her daughter with her in 1965. She told the world the truth and Walter called her a liar. She then sued him for defamation, and during the trials in 1986, they were both asked to create a “Big Eye” painting in an hour. Walter refused to do it due to “shoulder pains” while Margaret did it in under an hour. She won the lawsuit and was awarded $4 million for damages. [1]

In 2014, an adaption of the story was made into a movie starring Amy Adams and Christoph Waltz as Margaret and Walter Keane. It grossed over $29 million and won several awards. [2]

Born in Northern Ireland in 1943, this incredible woman discovered pulsars in 1967 as a graduate student in radio astronomy at Cambridge University, England. Pulsars were found to be the cosmic origin of atypical radio pulses, and with that discovery came a tool that solved some of the cosmos’s mysterious phenomena. [3]

Burnell stared at about 90 feet of astronomical readouts daily, and for more than six months, she analyzed three miles of lines on paper, where she found recurring squiggly bits of data that were later called pulsars and then discovered to be spinning dead stars.

After her incredible work, a Nobel Prize in Physics was awarded to Anthony Hewish (a senior astronomer she was working with at Cambridge), and his collaborator, Sir Martin Ryle. The situation created a lot of sympathy for her, however, she was not interested in being the subject of a pity party. She was more interested in doing her work as diligently as ever.

Astronomer, Nicholas Suntzeff of Texas A&M University described Jocelyn as “a heroic person who has done more to advance science across the three pillars of academics — research, teaching, and service — than almost any other living scientist.”

Now, she has been awarded a $3 million Special Breakthrough Prize in Fundamental Physics and she donated all of it to a charity in the U.K. [4]

Franklin was a passionate woman who worked incredibly hard in her chosen field of chemistry. She was overlooked for her work in the discovery of the double-stranded helix of DNA. The award for that went to James Watson, Francis Crick, and Maurice Wilkins.

Wilkins was Franklin’s former colleague; however, they had a misunderstanding and began to work independently of one another. Wilkins went over to another lab where Watson and Crick saw some of Franklin’s unpublished data including the “Photo 51” — an x-ray diffraction picture of the DNA molecule. Watson and Crick used the image to create their famous DNA model.

They did not recognize Franklin’s contribution until after her death when Crick said that, “the data which really helped us to obtain the structure was mainly obtained by Rosalind Franklin.” [5]

Otto Hahn is celebrated for the discovery of nuclear fission. In fact, in 1945, he was awarded the Nobel Prize in Chemistry for the work while his partner in the study, Austrian-Swedish physicist, Lise Meitner was overlooked. She even gave the first theoretical explanation of the fission process. Regardless, Hahn was given sole credit for the work.

The Nobel committee had a hard time understanding her part as subsequent cases of separation of collaborators in various works she was involved in came up. Hahn rationalized their exclusion of her and covered her role even more deeply than it already was.

Nevertheless, in 1966, she received the U.S. Fermi Prize alongside others, including Hahn. [6]

Often referred to as Lady Edison, Knight’s greatest contributions to production happened in the era of industry. She stood for her rights strongly and for that was well known for her inventions. However, in 1868, when she worked for the Columbia Paper Bag, she came up with a machine that folded and glued paper bags automatically. That invention replaced the work of 30 people with one machine and was revolutionary to the paper bag industry. It also made it possible for flat bottomed bags to be mass manufactured.

As she worked tirelessly to perfect it, machinist Charles Annan visited her plant, and unknown to her, filed for a patent for the work. Unfortunately for him, Knight had detailed blueprints as proof of her hard work, which debunked his only defense of “no woman could have designed such a machine.” Knight won the case and was awarded the patent as well as future royalties.

Knight founded the Eastern Paper Bag Company in Hartford, Connecticut, and was granted patents for over 20 inventions. [7]

Colette married writer Willy at 20 years of age. She wrote four novels throughout the marriage, all of which were published in Willy’s name. They were the four “Claudine” novels:

She used her personal experiences as inspiration for the books Willy took credit for.  She became tired of him taking advantage of her and using her intellectual property for his benefit, so she got a divorce and began her own writing career.

She was nominated for a Nobel Prize in 1948 and was the first woman member of the Goncourt Academy. Gigi — a Broadway musical starring a then up-and-coming Audrey Hepburn — was based on one of her books. [8]

All in all, it’s been a long hard journey to fight the suppression of women. While several battles have been won, it still is an ongoing war and we must all join hands to continue making a difference in the world as these ladies did.