A Baby Panda Daycare Exists, And It’s Open For Visitors 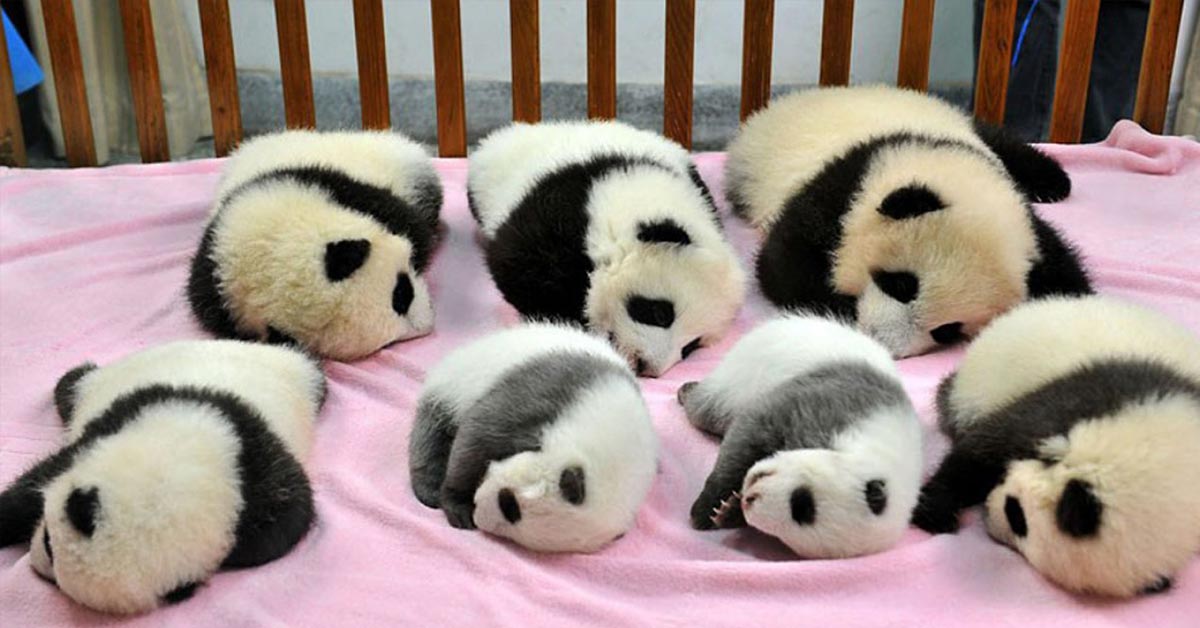 We’ve all heard about dog daycares. Their programs typically include overnight boarding, obedience training, dog boot camp, and mid-day walking. But what if we told you there’s something similar for pandas, and no, it’s not a joke, panda daycare is actually a thing. This place I guarantee is the cutest daycare you will ever come across. The daycare, which started with just six pandas, has come a long way in its efforts to give the pandas a place to play and enjoy their lives. [1]

For over 30 years, the Chengdu daycare has catered to the needs of these cute pandas. The home was borne out of the need to revitalize the dwindling panda population

While they are out of the clear and have moved up to the vulnerable list,  a lot still needs to be done to ensure that these animals get all they need to survive over the long haul.

In 2016, the world rejoiced after giant pandas were moved from ‘endangered’ to ‘vulnerable.’ It was an affirmation that efforts (such as the establishment of national habitat reserves and the restoration of bamboo forests) put into the restoration of these species have not gone down the drain. But after the euphoria comes the realization that we currently have 1,864 giant pandas all around the world. And what’s worse? Their habitat is now in jeopardy.

The US and Chinese researchers have identified several factors as being responsible for the reduction of pandas’ natural habitat. The study, which was published in the Nature Ecology & Evolution, suggests that human encroachment, tourism, agriculture, and building are a few of the factors threatening panda habitat. The study assessed changes across the panda range from 1976 to 2013 and identified factors responsible through the use of satellite imagery, remote data sensing, and geographic mapping.

According to Prof. Stuart Pimm, coming up with solutions to bolster the declining population of giant pandas is imperative and crucial.

“What’s new in this study is our ability to assess the status of the giant panda by using satellite imagery and then use that information to come up with recommendations of how better to manage this iconic threatened species,” said Prof Stuart Pimm. [3]

After accessing changes across the panda habitat from 1976 to 2013, the researchers noted that the average size of the habitat patches reduced by a staggering 23% over 40 years.

While commending the efforts of the Chinese government towards revitalizing the population of the giant panda and their habitat, they also mentioned that factors such as tourism, infrastructure development, and human encroachment could undermine these developments.

To curb the problem and bolster their population, the researchers recommended several steps. Firstly, the government has to find ways to improve connectivity for the small panda population and reduce habitat fragmentation by building habitat corridors. Also, the paper suggested the restriction of tourism in parks with pandas and the expansion of panda reserves. [4]

In addition, they called for ‘ecological red lines’ that will separate human development from the habitat of the declining panda population.

“Creating wildlife-friendly areas and corridors that link these fragmented populations is essential, including finding ways for pandas to move over or under roads. If the giant panda is to truly thrive in the wild, we need to boost efforts to maintain their habitats, ensure that they are connected, and safeguard the future for pandas by making sure that developments are designed responsibly with the lowest possible environmental impact, ” he said.

More on the Chengdu Research Base of Giant Panda Breeding

The Chengdu Panda Base or the Chengdu Research Base of Giant Panda Breeding, as it is also known as, is a non-profit research and breeding facility for the vulnerable giant panda. Established in 1987 with a population of six pandas rescued from the wild, the base currently has over 70 pandas.

Located in Chengdu, Sichuan, China, and 10km from the city center, this panda museum is the only one that solely focuses on revitalizing the endangered panda species. The base gives these pandas absolute freedom to eat their meals, roam freely, and play with each other.

The panda base boasts of a scientific research building, giant panda museum, activity base, veterinary hospital, giant panda kitchen, animal house, etc. The base is also inhabited by other endangered wildlife, including peacocks, swans, butterflies, insects, and red pandas. Its vision is to “be a world-class research facility, conservation education center, and international educational tourism destination.”