After 18 Years of Marriage, Pierce Brosnan and His Wife Are Still Serving us Major Relationship Goals 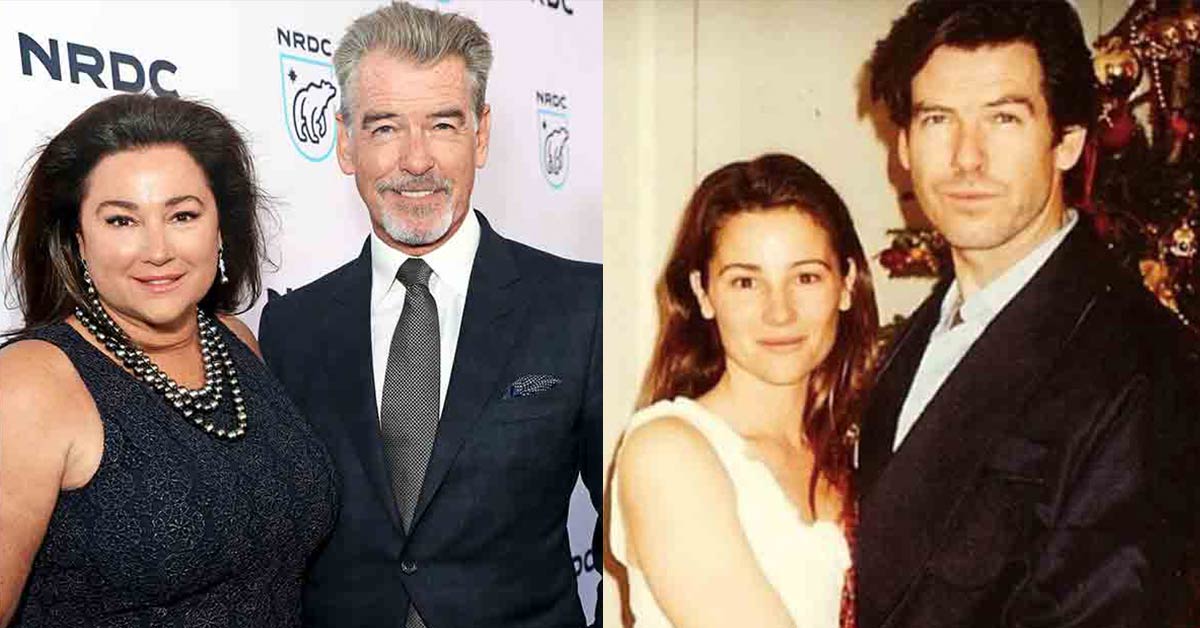 True love has no expiration date.

What comes to your mind when you hear the name, Pierce Brosnan? For me, it’s the amazing way he interprets roles. Whether he’s a villain, jerk or a favored character, you can’t help but like him. Then there’s is his undeniable sex appeal and charming good looks that have had a lot of women swooning. But while many women may have a thing for the stylish actor, he has eyes for only his wife.

Although Pierce Brosnan and his wife Keely Shaye have been together for 26 years and married for the last 18, they are still devoted as ever to each other. Their marriage has continued to defy the popular stereotype that is attached to Hollywood marriages.

The couple met at a beach party in Mexico in 1994. At the time, Keely, who had appeared in a pop video with the band The News and Huey Lewis was working as a television presenter and interviewing Cheers star Ted Danson. She admits that she was captivated by ‘the sparkle in his eyes’.

A few days later, Brosnan and Keely went on their first date and talked until 3 am. Keely would later admit that she understood why some women find him sexy. ‘I understand why women find him sexy because he is an appealing man. He really likes and appreciates women,’ she said. [1]

In the same year, Brosnan’s career took off after he was cast as James Bond. To ensure they would spend more time together, he sent air tickets to her wherever he was working. After 26 years and two kids, Keely and Brosnan are still waxing strong and giving us some serious relationship goals. When asked about why he loved her, Brosnan who never misses an opportunity to gush about Keely said:

“I love her vitality, her passion. She has this strength that I wouldn’t be able to live without. When Keely looks at me, I go weak,” Brosnan told the Independent. [2]

Between Brosnan’s schedule, his wife’s career, and raising kids, this amazing couple has found a way to enjoy the simple pleasures of life and spend quality time together. When Brosnan was asked to describe his perfect day off, he said:

“It was yesterday. I painted in my studio, then I went down and sat on the beach, read and did some drawing. Then I had lunch with Keely. Around five o’clock, I went out and watched the sun go down. Keely sat beside me, we had a glass of champagne and talked about the day.” [3]

On their 17th wedding anniversary, Brosnan, who is unafraid to publicly declare his undying love for his wife, said in an Instagram post: “Thank you for the love, my love of these past 25 years, onwards.”

But it hasn’t been all roses for this actor. He has also had his fair share of loss and pain. At the time he and Keely met, he was still grieving for his first wife, Cassandra Harris, who had died three years earlier in 1991.

In 2013, the actor suffered another tragedy when his adopted daughter Charlotte died and was dealt a third blow when his long-time producing partner, Beau St. Clair, also died from ovarian cancer.

Although Brosnan admitted that it hasn’t been easy to cope with their losses, these bitter experiences have taught him to ‘squeeze out every ounce’ out of the joy he finds in life.

The couple who have once described themselves as best friends have a shared passion for animals and the environment. Together, they worked for a campaign to prevent an ecologically ruinous salt factory being built on Mexico’s Pacific coast. They have also hosted a fundraising party for an animal rights charity.

When Brosnan isn’t filming, he and Keely, who currently make TV programs and write gardening articles, divide their time between homes in Hawaii and California.