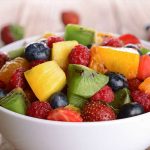 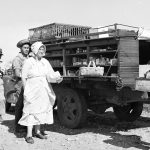 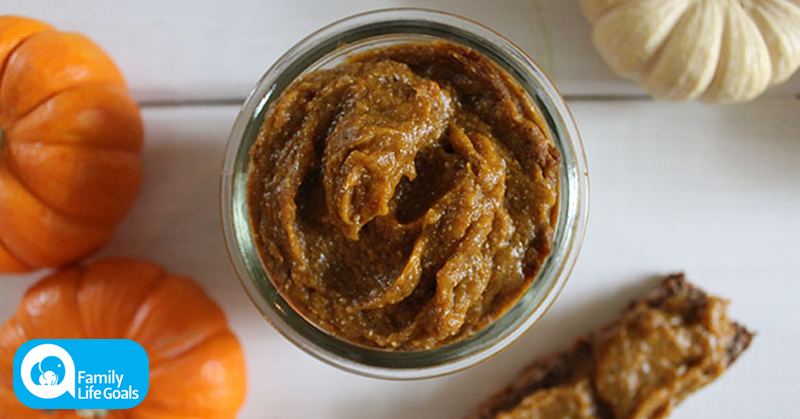 This article is shared with permission from our friends at draxe.com.

What is better than the aroma of something delicious simmering away in a slow cooker? Maybe it’s knowing that the end result is going to be a tasty and nutritious treat for your family and friends.

This Slow-Cooker Pumpkin Butter makes a great homemade gift or addition to your own table, and it’s one of my favorite pumpkin recipes. All you need is a few ingredients, your slow cooker, some containers and a few hours, and everyone will be so impressed that you made it yourself.

Pumpkin butter is similar to apple butter, just made with pumpkin. It’s great on toast, oatmeal, pancakes, waffles or just eaten from the spoon. The benefit-rich cinnamon, cloves, nutmeg, ginger and allspice you use in this recipe not only taste amazing, they’re naturally antimicrobial. In other words, they fight disease and infections; they boost your metabolism and immune system; they help balance blood sugar, fighting diabetes; and they contain loads of antioxidants, which fight aging, coronary heart disease and cancer.

Plus, this pumpkin butter is completely natural, so you know you’re giving your family and friends a treat without preservatives, high fructose corn syrup and artificial flavors and colors. Did I mention this recipe is also gluten-free, paleo-friendly and vegetarian?

Ready to get to some hands-off cooking? 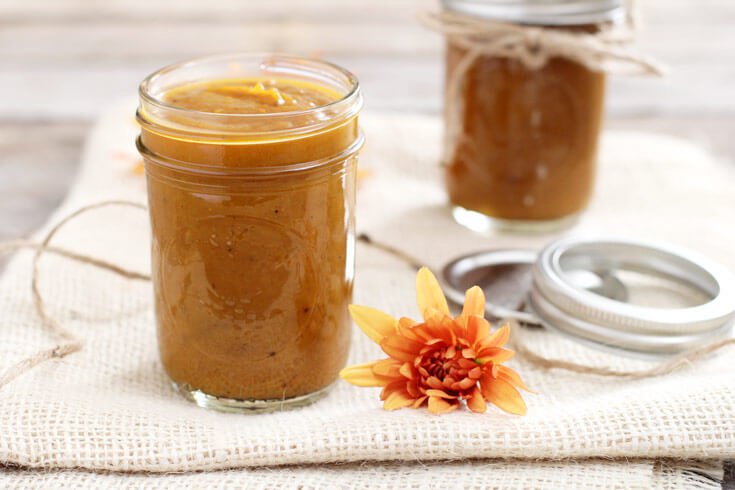 Start by adding your pureed pumpkin to the slow cooker. I use two 15-ounce cans of organic pumpkin puree (make sure they’re pure pumpkin puree, not pumpkin pie filling), but if you’re feeling really ambitious, you could make your own homemade pumpkin puree from a 3–4 pound pumpkin. 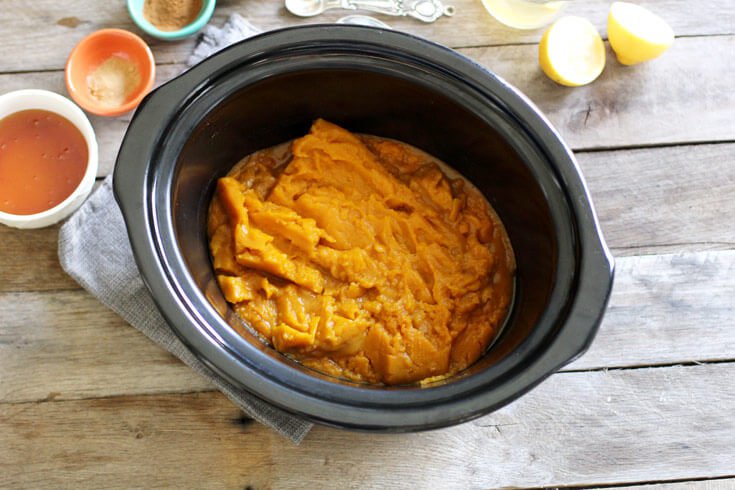 By the way, the pumpkin health benefits are numerous, such as lots of vitamin A, fiber and beta-carotene, so there are more reasons than just the taste to enjoy this autumn squash.

Next, add 1 cup of raw honey, 1/2 cup of apple cider, some vanilla extract and fresh lemon juice, and your cinnamon, nutmeg, ginger and salt. Stir the mixture well to incorporate all the spices. This recipe makes a pretty spicy pumpkin butter, so if you’d like a milder flavor, back off the spice amounts and taste the mixture to see how you like it. The final product will taste similar, just more intense. 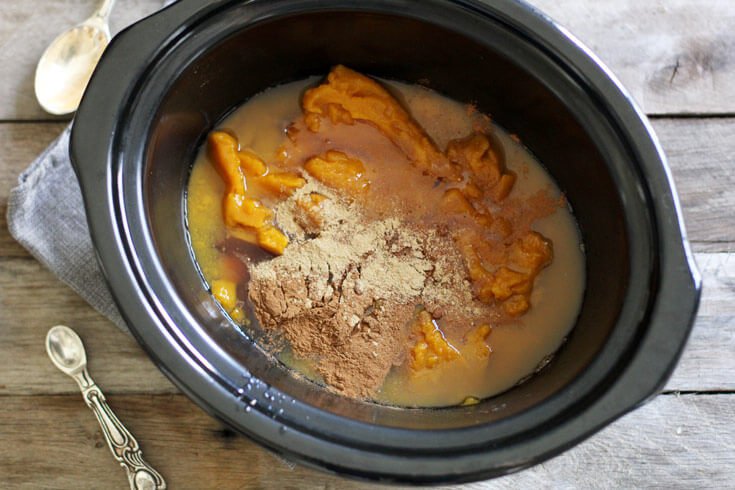 Now turn your slow cooker on low and allow it to do its thing for 4 hours. Check on the pumpkin butter every half hour or so and stir it to keep it from sticking and burning. You don’t want it to burn! 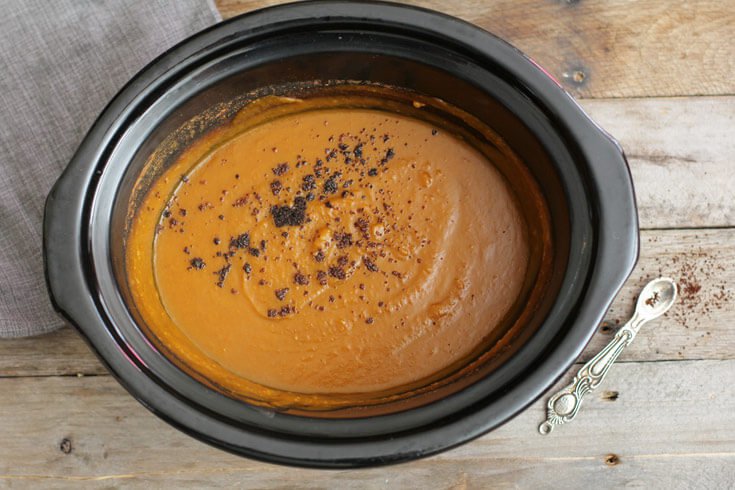 After 4 hours, add in the cloves and allspice. These are the stronger spices, so adding them later in the cooking will prevent them from becoming bitter. Then stir, stir, stir. Cover and allow the mixture to cook for another 1–2 hours. Check on the butter frequently now and stir it.

The time will depend on your slow cooker, so when the pumpkin butter looks to be the thickness you like, turn it off. If it’s still not thick enough, you can remove the lid and allow it to keep cooking until it reaches your desired consistency.

The pumpkin butter will keep for 2–3 weeks in the refrigerator and up to a year in the freezer, but I doubt it will hang around for that long. Have it on sprouted toast, like Ezekiel bread, and enjoy this delicious tribute to our favorite fall squash! 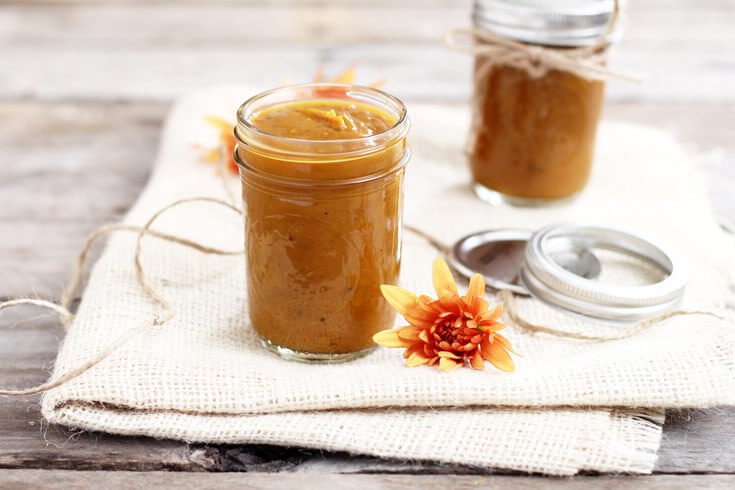 Dr. Josh Axe
Dr. Josh Axe is a certified doctor of natural medicine and clinical nutritionist with a passion to help people get healthy by using food as medicine. His website, www.DrAxe.com, is one of the top 10 most visited natural health websites in the world.