Animal Crossings Are Saving Wildlife And People From Danger 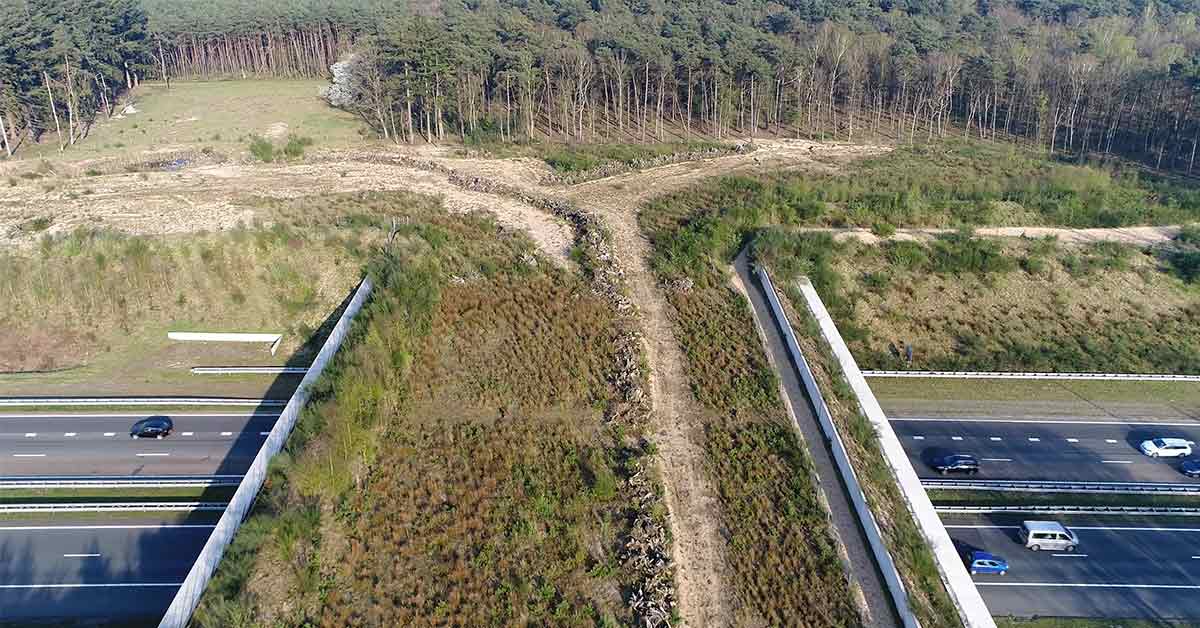 Animal crossings have been around for a while now. They are designed to allow animals to travel safely under and over busy highways and are covered in vegetation to maintain the animals’ habitat. They are popular all over Europe, with the first crossing originating from France in the 1950s. [1]

Over the years, the idea has spread to other parts of the world, with the United States being one of the latest to join in. In 2015, construction of the first wildlife bridge began. The bridge is to the east of Snoqualmie Pass in the Cascades and runs from Seattle to Boston. [2]

If significantly invested in, wildlife crossings could drastically reduce collisions on our highways, saving animals and reducing the financial burden to humans as well. In Banff, for example, the combined forces of fences and under/overpasses have reportedly reduced the rate of traffic accidents by 80 percent. In fact, a specific animal crossing in Banff National Park has so far reduced the cost of vehicle collisions by over $100,000, making it a great success.

Why are animal crossings important?

In the United States, about two hundred people die each year in more than one million car collisions, according to the National Highway Traffic Safety Administration. And what’s worse, the numbers keep growing: [3]

“Over the most recently reported 15-year period, wildlife-vehicle collisions have increased by 50 percent, with an estimated one to two million large animals killed by motorists every year,” says Rob Ament, the road ecology program manager at the Western Transportation Institute (WTI) at Montana State University.

These crashes are also expensive when accounting for vehicle repair, towing, human injuries and death, carcass disposal, and investigation of the accident by local authorities.

What makes an animal crossing successful?

This is not a case of one size fits all. On the contrary, the success of an animal crossing depends on quite a number of factors, the most important being in-depth research to determine what kind of crossing would be beneficial to each animal. [4]

These inclinations and preferences largely depend on how each animal evolved. Black bears and cougars’ natural home, for example, is in the forest, not a meadow, so they would feel uncomfortable on a large, open crossing structure.

This informed the landscaping on the Banff crossings.

“On one side we would plant trees and shrubs, and on the other side have areas that are open, planted with grass,” Clevenger says.

According to a 17-year-long study on Banff National Park’s wildlife infrastructure conducted by Tony Clevenger, all but two animals used the overpasses. Although they are generally preferred, there can be some issues with overpasses. Firstly, they can create the risk of certain animals entering other animals’ territory. Secondly, the fence does little to protect these animals since they can sometimes veer around it and back into traffic.

“There also tends to be a pretty high roadkill rate at the ends of the fences,” he says. “The animals either go one way into the overpass or go to the other end and escape around it, and tend to get hit there.”

Also, overpasses are more expensive than underpasses and this means that many cities go for the underpasses. To make overpasses cheaper, Forman suggests incorporating wildlife crossings into the design process earlier. [4]

“Whenever there’s a road construction project, like upgrading a bridge or widening a highway, that’s a strategic moment to include a wildlife structure,” says Richard Forman, an ecology professor at Harvard.