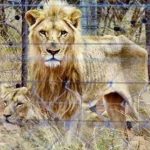 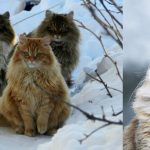 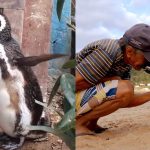 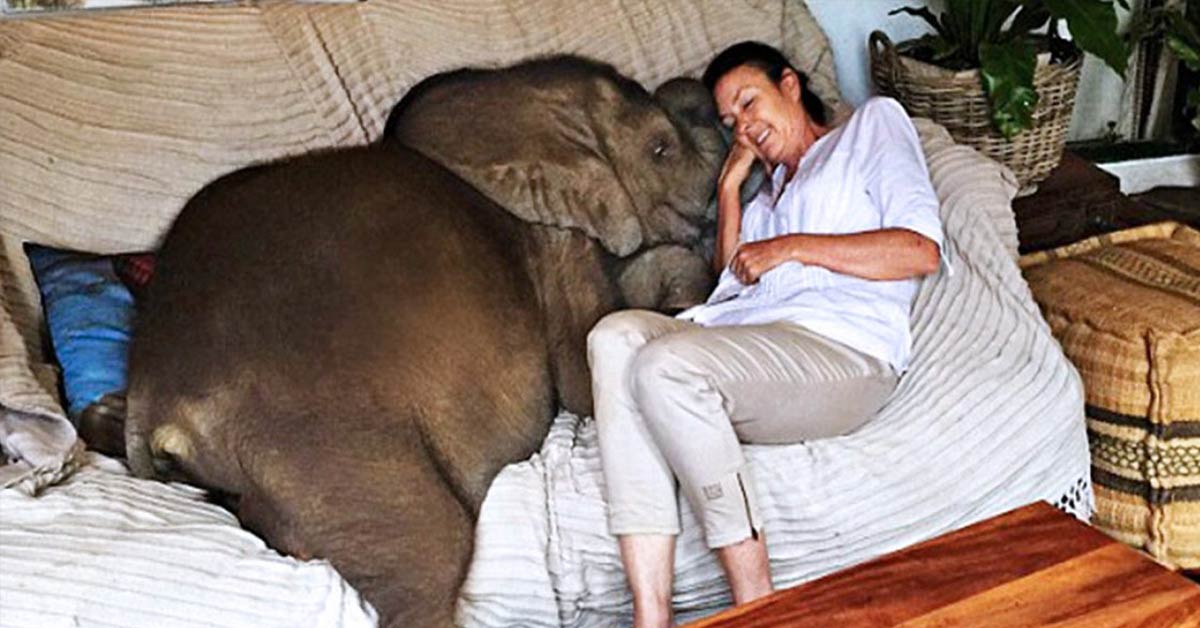 Nature can be unusual and surprising at the same time, from stories of bears breaking into cars to parrots who know more swear words than most humans. This time, a baby elephant seems to have imprinted on her savior.

When she was only a few days old, Moyo, our clingy elephant, almost died trying to cross a flooded river. By some twist of fate, she had been separated from her herd and had drawn the attention of a pack of hyenas that had her surrounded.

Luckily for Moyo, she was rescued from certain death by rangers who found her and took her to the Wild Is Life animal sanctuary in Zimbabwe to be looked after. The sanctuary’s founder Roxy Danckwerts took her in and became her new mom almost immediately.

At 14 months, Moyo was already a common sight around Roxy, following her everywhere. “She knows my voice, my smell and somehow knows where I am at all times,” said Danckwerts. “How I have no idea!” [1]

You can’t do that forever

Although the thought of being followed around all day by a baby elephant may seem cute at first, baby elephants eventually grow up. African elephants can grow as high as 3.3 meters and 5.5 meters in length. A fully-grown elephant could weigh as much as 6,000 kilograms. [2]

That is just like being followed around by a truck!

As you would expect, the situation kept getting trickier as Moyo kept getting bigger. Soon enough, her raids around the house became increasingly difficult to handle as she was not aware of how big she had gotten or how strong she was.

Moyo would crash through doors, knock over plants, raid the kitchen from time to time, and break furniture as she sat on them — just like she did when she was a baby. She also made friends with other animals in the sanctuary, but she was best known for her stalking.

“She is one of those animals with whom I have formed an extraordinary bond of friendship, trust, and love,” said Danckwerts. “Letting go will be hard. However, I am so determined and so sure of this road that I have chosen. I want the best for the elephant children, and that best is freedom to roam and to make their own choices.” [1]

Moyo’s antics have been captured on video, and they are an amusing sight. You can find the video here.

Good news for the ‘Moyos’ out there

When the story broke out about a baby elephant who follows her new ‘mom’ everywhere, it called attention to the plight of orphaned baby elephants. This caused the Wild Is Life sanctuary to create the Zimbabwe Elephant Nursery.

“We believe that the elephant nursery is about affording the individual orphans a second chance at life. These orphans, who have been severely traumatized, deserve the opportunity to grow and thrive in the natural world.

It is also about sharing the experience of these individuals with humankind. Of asking human beings to look beyond their own species… to draw a parallel between themselves and something that is wild.” [3]

Elephants are one of the largest animals on Earth and also one of the most unique-looking. With their signature long noses, wide, thick legs, and large, floppy ears, there is no other animal today with such a physique.

There are two distinct species of elephants, the Asian elephant and the African elephant. Aside from the fact that they both live on separate continents, both elephant families also have many unique features. The most obvious being that the African elephant is more massive in size and has larger ears and tusks than its Asian cousins. [4]

African elephants have always been hunted for their ivory tusks, which are described as extra long teeth that protect the nose on both sides. An estimated 100,000 elephants were killed per year in the 1980s, which resulted in the loss of up to 80% of herds in some regions.

In 1989, after years of unprecedented poaching, the ban on international ivory trade was introduced by CITES (Convention on International Trade in Endangered Species of Wild Fauna and Flora). The ban promoted the protection of elephant populations, allowing some of them to recover. [5]

However, despite the international ivory trade ban, African elephants remain endangered and are still being hunted in large numbers every year. Tens of thousands of elephants are poached and killed because of their ivory tusks. Ivory is in high demand in international markets; it is often engraved in jewelry and jewelry, with China as the largest consumer in the global market.