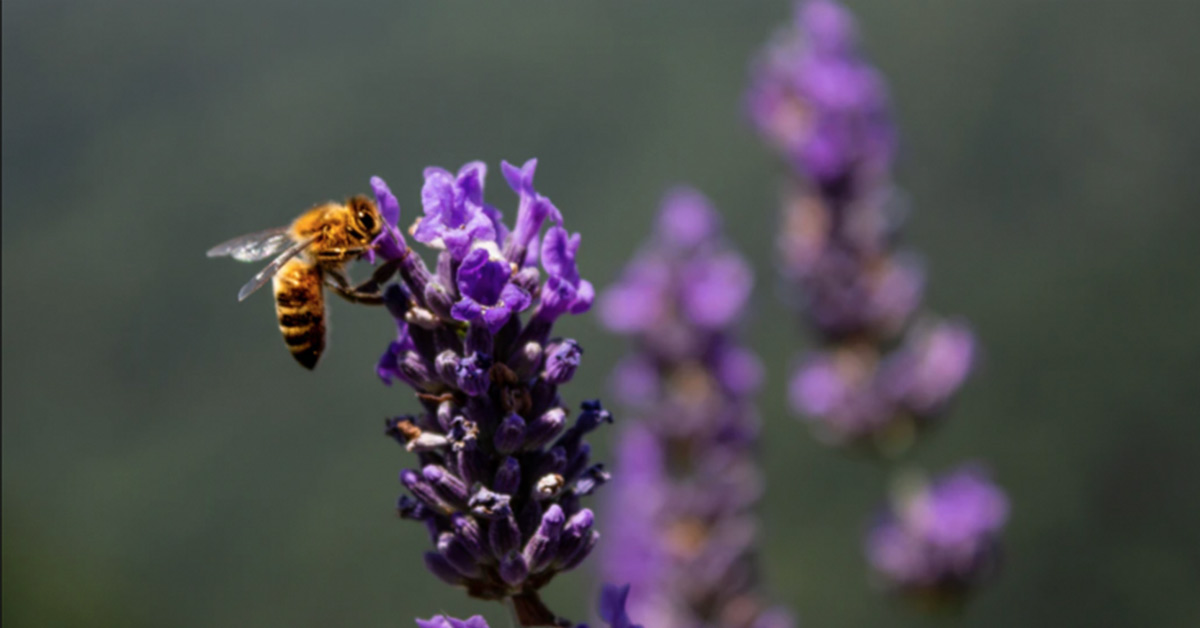 It’s as if the earth keeps coming up with a few silver linings on worrisomely dark clouds to keep us all going during these scary times.

For many years now, conservationists and bee farmers have continually bemoaned the effects of air pollution and environmental damage on the survival of bees. [1] Billions of these important pollinators are dying every year due to habitat loss and winter harshness, raising concerns about food shortage looming in the future. In fact, 87–90% of all insect-pollinated foods are pollinated by bees, and experts say that a third of the world’s food supply could be affected if the insects, especially honeybees, become critically endangered. [2]

Total or partial lockdowns due to the coronavirus have left millions of people around the world stuck at home or with limited movement, and while the circumstances are nothing to be elated about, the environment is finally riving again. There’s less vehicular traffic which equals less air pollution, tightly restricted air travel, fewer fume-emitting factories and industries are operational, and several other human activities formerly racking up pollutants in the air are at an all-time low.

Let the earth catch a break – and the bees too!

As of late April, air pollution rates were said to have plummeted by 45% in European cities as against the rates in 2019. [3] A 30% decrease was recorded in the Northeastern U.S. and across India, nitrogen oxide levels are reported to have dropped by 71%. [4] [5] Although experts warn against celebrating these declines since they are most likely temporary and may rebound when the world opens up again, it’s still something refreshing to hold onto.

In the meantime, we are just going to enjoy the repopulation of a formerly rapidly declining species, and the many others thriving as the environment cleans itself out.

According to Scottish beekeeper Helen McGregor, 43, people are finally realizing how much damage we’ve done to the environment and are returning “back to basics.” McGregor’s family owns the Denrosa Apiaries in Coupar Angus, Perth and Kinross, operating since the 1940s. [6] With 4,000 hives and billions of bees across several sites, the Denrosa is the biggest bee farm in all of Great Britain.

“Less traffic, less pollution is bound to make a difference to the environment which of course has a positive knock-on effect for bees,” McGregor said. “Hopefully we see these changes lasting. I think people are more aware of what’s going on around them and in the countryside just now because of lockdown.”

Aside from agricultural purposes, bees and other pollinating insects are indispensable to the global economy. According to reports from Forbes, honey bees, native bees, and other insects have an annual global value between $235 and $577 billion (U.S.) as regards annual global food production. [7]

People are finally taking the time to appreciate nature’s provisions

McGregor, whose family business has been passed down three generations, believes that the current global situation has given people a chance to appreciate the food they eat and where it comes from.

“They are more aware of nature, maybe seeing hives when they are out and about and thinking more about the food they are eating and where it comes from,” McGregor said. “It’s taking people back to their roots, making them look at what’s necessary in life and what’s not, it’s back to a basic outlook on life.”

The bee farm rents out bees to countless farmers across the country and beyond, and they’ve successfully expanded their operation to hundreds of new farms across the United Kingdom.

“A lot of farmers are looking for bees to help with crop pollination. We have mini hives which we use to build up bee levels and we breed our own queen bees,” McGregor said. “It’s very early in our season to say what production is going to be like but the bees are busy bringing back nectar and pollen.”

While things are surely looking up, she explains that they have a few more hurdles to jump before celebrating.

“We are at the mercy of the weather and could do with some rain as the ground is very dry.”

As the environment continues to recover…

It’s no news that human activity is largely affecting the survival of other species, ecosystems, and the environment as a whole. It’s quite upsetting that we have to be plagued with a pandemic before things will look up again, but let’s consider these recoveries a much-needed consolation.

Happy dolphins finally making it up to the Bosphorus Narrows in Turkey are definitely a cheerful sight for sore eyes. Dense maritime traffic formally made the strait a difficult body of water for animals to navigate, but these days, far fewer boats and ships ferry across the water as the country is on lockdown, and dolphins can finally enjoy some peaceful play. [8]

People in India and other parts of Southern Asia say they can see the peaks of the Himalayas from their homes and high grounds as air pollution rates drop in the region.

Animals are finally catching a break in national parks as visitors are staying home and staying safe. At the Yosemite National Park in California, several species could be seen freely roaming the grounds in large numbers and enjoying the finally peaceful habitat while still being fed and cared for by the staff.

My personal favorites are the tiny fishes and ducks gliding across the streets in Venice as the waterways are cleaner and clearer than they’ve been in almost a century.