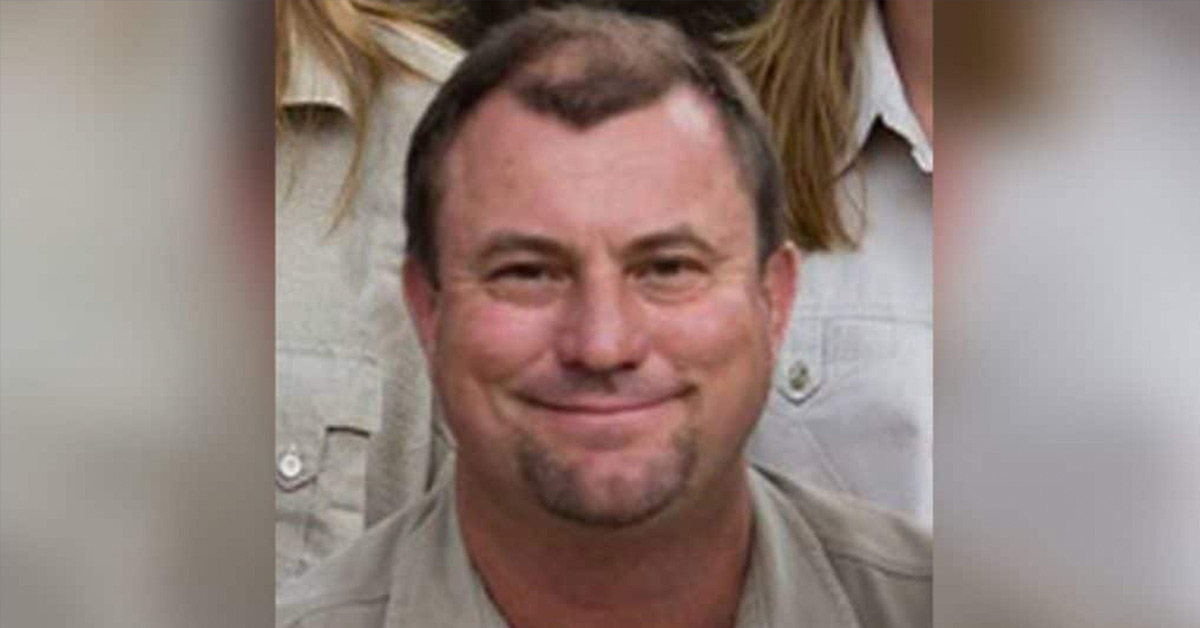 A case of karma or simply bad luck?

Professional hunter from South Africa, Theunis Botha, was killed when an elephant collapsed on top of him. The harrowing incident took place on Friday, May 19, 2017, at a game reserve in Zimbabwe during a hunting trip he was leading. The horrifying scene shows just how much danger one puts himself in by threatening elephants. Even a dying one still managed to take someone with her — she wasn’t going down alone.  [1]

Botha specialized in hunting big game in Zimbabwe. The 51-year-old was originally from South Africa. He began his career as a guide for hunting trips in1989 while he was still in college. The job paid for his college education. In 1991, Botha bagged a degree in psychology and anthropology. That was when his hunting game took off full-time. With his wife, Carike Botha, he opened up a hunting farm, which gave way to private ranches in Zimbabwe, Botswana, and South Africa.[1]

Botha put almost 30 years into his hunting business. It was described as a “passionate and professional hunting outfitter operation focused on giving his clients a unique, exciting African Safari experience” on his website. His client base extended all over the world. Many of them were people he travelled personally to the United States to invite.

Botha was a pro in the “Monteria hunt” style. This is a European-style of hunting that makes use of a hound pack to drive the game in the direction of the hunters and their waiting guns. His website listed lions, leopards, baboons, jackals, hyenas, and warthogs as some of the prey for which they employed the Monteria hunt.

Botha’s business was thriving so much that he had to build a kennel and start breeding different hounds. He used some to hunt and he sold others to clients. “Theunis Botha perfected leopard and lion hunting safaris with hounds in Africa. He pioneered the traditional European-style Driven Monteria hunts in South Africa,” as seen on his website. [1]

At Hwange National Park in Western Zimbabwe, Botha was, as usual, leading a hunt. Just a normal day at the office. He was guiding a group of hunters when they came across an elephant herd. Three of the cows charged towards the hunters in a rage. Botha fired at them, but unbeknownst to him, a fourth elephant was coming for him from the side. She rammed into Botha, and with her huge trunk, lifted him and slammed him on the ground. One of the hunters in Botha’s group shot the elephant, but even in death, it was still dangerous. The elephant collapsed and fell right on top of Botha, crushing him to death in a matter of seconds.

The tale was recounted by a Zimparks spokesman, Mr. Simuksi Nyesha, in an interview with The Telegraph. The next day, Botha’s body was transferred to Hwange Colliery Hospital where his wife came to identify him and take him home to South Africa to be buried. [3]

Public opinions on his demise

Botha’s death evoked several mixed feelings from the public. He was a husband and a father to five children. Certainly, his death is a tragic one that would break the hearts of many for years. However, not everyone shared the same feelings, as his profession as a hunter is one that comes with some ethical dilemmas. While elephant hunting with a license isn’t illegal in the country, hunting critics still say big game hunting is immoral.

What’s worse is that it was in the same park where ‘Cecil the lion’ — a beloved 13-year-old lion who lived in the park — was killed. He was shot by a trophy hunter, Walter Palmer, in a hunt that sparked so much international outrage. The incident happened in 2015 but it is still a sore spot for many people. [4]

While some people — mostly his fellow hunters — sympathized with him and his family, more than a few felt he deserved it. Some of Botha’s fellow hunters shared their condolences and described him as a “world-class houndsman” on Facebook.

Another hunter and friend of Botha’s, C.J. Prinsloo, made a Facebook post in tribute to his friend. However, he was forced to delete it after a ton of negative comments were made on the post. In an interview, he said, “people have been saying it’s a good thing that he died, and it makes me so angry.” He went on to try and justify elephant killings by saying that when elephants are shot by licensed hunters, the meat goes to feed people in nearby communities. [5]

Other people insisted that killing wild animals has led to many of them being in danger of extinction. The World Wildlife site lists African elephants’ population as being just 415,000 as opposed to the 10 million they were in 1930. According to them, the species is dangerously close to extinction. [6]

Jose Monzalvez, an Argentinian man was killed in Namibia after being trampled by an elephant. The incident occurred in a private wildlife area near the town of Kalkfeld. He was about to shoot the elephant, but unfortunately for him, the huge animal trampled him to death before he could get a bullet in.

A few weeks before Botha’s death, a friend of his, Scott Van Zyl — a prolific hunter who posted many photos of himself alongside dead elephants, lions, and other big cats — went missing during a hunt in Zimbabwe. Sometime later, his backpack was found on the Limpopo River’s bank. One week after the discovery, two crocodiles were shot by local authorities. Several tests later, it was found that they killed and ate Van Zyl because their stomach contents and his DNA were a match. [7]

These majestic creatures do have feelings

Elephants are among the most emotionally expressive animals on earth. They feel a range of emotions from joy to grief. Years of research have shown that these animals can think and feel deeply. Several cases have been documented when elephants show emotions including joy, love, grief, rage, stress, compassion, as well as altruism.

Mother elephants have been shown to go through a despondent period following the death of a calf. Herds have been witnessed to circle a dead companion in a display of solidarity as if to pay their final respects. [8]

After knowing all of this, people still go ahead and attack them. They see elephants as docile creatures that’ll make a great kill. Sadly for these hunters, these animals can become deadly when threatened. After all, they are animals with wild instincts and sheer power. Despite this, elephants are worse off in the war against humans, and around 33,000 are killed yearly.

Sad, right? People need to leave these animals alone. It would be tragic if we end up driving them to extinction. Hopefully, elephants and other wildlife will be fiercely protected in the future.

And may the hunter rest on in peace.