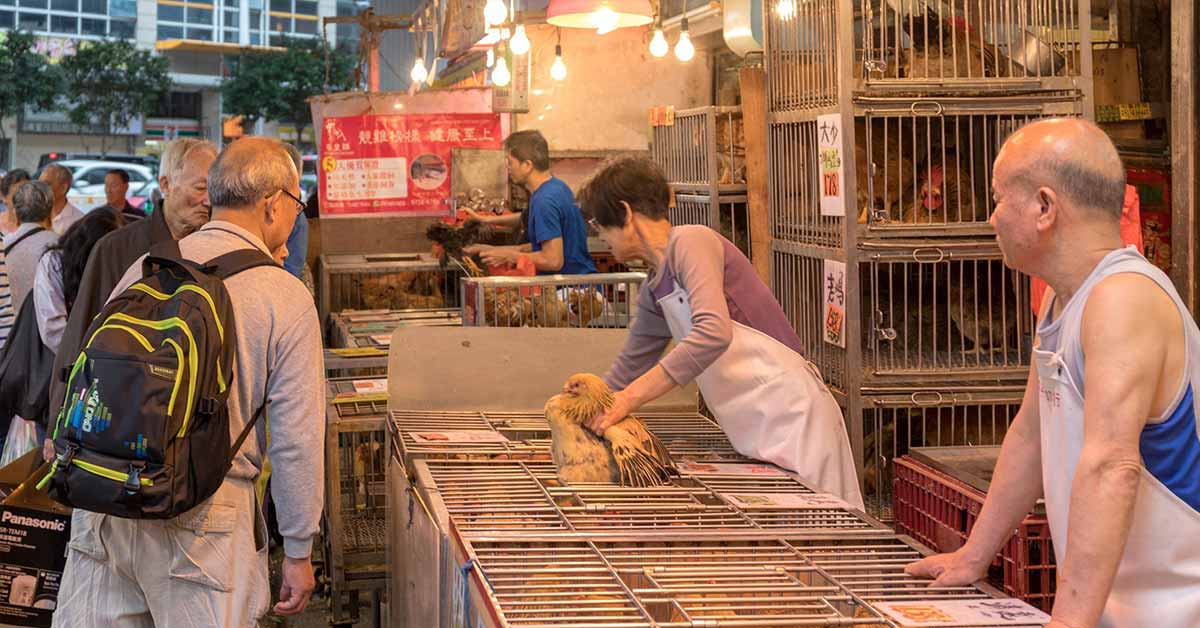 In light of recent events relating to the global pandemic of the coronavirus, governments across the world have come up with different ways to help remedy the situation. Most common is the mass quarantine or lockdown of various institutions and places, as well as self-isolation and social distancing.

The Chinese government has gone a step further in their efforts to combat the outbreak.

The government has issued an immediate ban on the trade and consumption of all wildlife. The ban by the 13th National People’s Congress was aimed at “Comprehensively Prohibiting the Illegal Trade of Wild Animals, Eliminating the Bad Habits of Wild Animal Consumption, and Protecting the Health and Safety of the People.” [1]

However, conservationists believe the ban only creates a loophole for traffickers who will decide to sell wildlife for non-food purposes such as fur and medicine.

The Huanan seafood market in the industrial city of Wuhan, in particular, is said to be responsible for the outbreak. The market where wild animals are kept alive in cages awaiting sale is truly a hazardous place and a breeding ground for zoonotic diseases, infectious diseases caused by pathogens that spread from non-human animals to humans.

However, it seems the temporary ban is not enough as various people and bodies have called for the permanent ban of wildlife trade in China.

According to Jinfeng Zhou, Secretary-General of the Chinese Biodiversity Conservation and Green Development Foundation, “This temporary ban is not enough. The trade should be banned indefinitely, at least until new rules are introduced. We have had similar diseases caused by illegal wildlife trafficking and if we don’t ban the trade these diseases will happen again.” [2]

For starters, it’s called a wet market because it’s essentially a hub of stores where live fish and animals are sold.

According to Jason Beaubien of NPR, the name ‘wet market’ is appropriate. After he visited the Tai Po wet market in Hong Kong, he described the market saying, “Live fish in open tubs splash water all over the floor. The countertops of the stalls are red with blood as fish are gutted and filleted right in front of the customers’ eyes. Live turtles and crustaceans climb over each other in boxes. Melting ice adds to the slush on the floor. There’s lots of water, blood, fish scales and chicken guts. Things are wet.”

For that reason, researchers believe the coronavirus is zoonotic as it most likely mutated from animals and got into humans in the Wuhan mayhem. [3]

One animal, in particular, is getting the bulk of the blame for the virus

And that is the pangolin. The pangolins, as well as pigs and civets, are commonly roasted and eaten in China and Vietnam. Also, the pangolin scales are used in the preparation of traditional Chinese medicines.

Before the coronavirus outbreak, the trade and consumption of pangolins was already declared as illegal in China. This was after they were listed as the most trafficked non-human species in the world in 2013, and after they were declared endangered in 2016. [4]

Why is the wet market being blamed for making ‘patient zero’?

The wet market can be described as a ‘biological hazard.’ The stalls are squeezed together, and this close contact between butchers, sellers, buyers, and both the live animals and the carcass makes it very easy for the spread of zoonotic diseases.

According to a statement by the Wildlife Conservation Security, “Poorly regulated, live-animal markets mixed with illegal wildlife trade offer a unique opportunity for viruses to spillover from wildlife hosts into the human population.”

Since the Huanan seafood market in Wuhan is said to be the origin of the virus due to the aforementioned reasons, the market was closed on January 1 following the discovery. [5]

So far, there have been 81,054 confirmed cases of coronavirus in china. Of this number, 3,261 deaths have been recorded. However, as of March 21, there have been no new or suspected cases of the virus in Wuhan and Hubei — previous wet market hubs. This goes to show that the ban on wildlife trade has positively impacted the situation. [6]

Ultimately, times have been trying, not just for China but for the whole world. However, there seems to be a light at the end of the tunnel as people are banding together to fight the outbreak.

Governments are making policies they believe would reduce the spread. Doctors and other health professionals are working overtime to control it. People who have been exposed are isolating themselves from other people. Even people who haven’t been exposed are also practicing social distancing.

If everyone continues to do their part, then it’s just a matter of time before the virus is phased out.