Couple claims 6-year-old Ukrainian girl they adopted is, in fact, an adult sociopath who tried to kill them 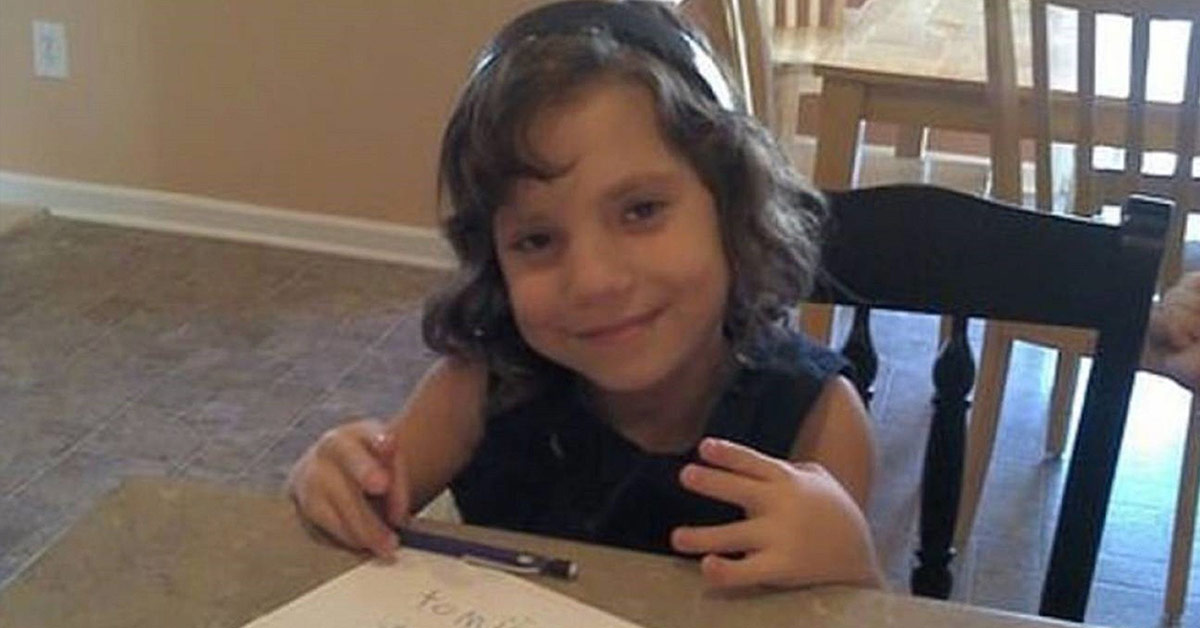 No one likes a case involving a hurt child; how about if the child in question is not really a child? Well, according to Natalia’s adopted parents, she isn’t. Whether they’re right or not, we don’t know; nevertheless, let’s see how the story unfolds.

Kristine Barnett, 45, and Michael, 43 — her now ex-husband — were an unsuspecting couple who adopted “an adorable little girl only to discover she is an adult sociopath masquerading as a child.” [1] The couple from Indiana adopted Natalia Grace in 2010 from an adoption center in Florida. They believed their new daughter was six years old; however, certain things didn’t add up and they ended up doubting Natalia’s age. [2]

The couple had experience with complicated child cases

Kristine is best known for being an author and motivational speaker with expertise in raising special needs children. One of her sons, Jake, who was diagnosed with autism ended up being a savant with numbers. At the age of 12, he enrolled at Purdue University. In her memoir, The Spark, Kristine described the steps she took to help Jake. Also, the Barnetts had run a children’s daycare from their home in Westfield, Indiana.

The Barnetts adopted Natalia to save her

Due to the experience they had handling kids with special needs, the couple did not hesitate to adopt Natalia despite it being an “emergency adoption.” But things took a turn for the worse.

What happened after the adoption

Natalia was thought to be a six-year-old at the time of the adoption. Her vocabulary and adult teeth, however, did not match her supposed age. When Natalia migrated to the United States, she had no birth certificate. The couple then visited several doctors to try to determine her actual age. She was then said to be between eight and 10 years old. She was also diagnosed with spondyloepiphyseal dysplasia, which is a rare bone-growth disorder that causes dwarfism.

Kristine said, “I was giving her a bath and I noticed that she had full pubic hair. I was so shocked. I had just been told she was a six-year-old and it was very apparent she wasn’t.”

The couple figured they were scammed into adopting an adult Ukrainian with dwarfism. [3] Things got even stranger as Kristine observed more things that made her certain her assertions were correct. She said Natalia shunned dolls and toys, and her vocabulary was refined. Kristine also claims that Natalia got her period but was hiding it by throwing her bloody clothes into a bin.

Eventually, they took her to their primary care physician, Dr. Andrew McLaren. The doctor carried out bone density tests and determined she was 14 years or older. A letter from the doctor showed that Natalia “is substantially older than she claims to be.” He also cited her dental records and secondary sexual characteristics as evidence.

Kristine claimed that Natalia wanted to hurt her family. She supposedly threatened to stab them in their sleep, and on one occasion poured bleach in Kristine’s coffee. “She would make statements and draw pictures saying she wanted to kill family members, roll them up in a blanket, and put them in the backyard. She was standing over people in the middle of the night. You couldn’t go to sleep. We had to hide all the sharp objects,” said Kristine. Of course, these were allegations, but there’s no denying how terrifying it all sounds. She also said that Natalia was eventually diagnosed with a psychological illness that typically affects grown-ups.

The frightening stories do not end there

Kristine said she once saw Natalia attack her child on the baby monitor. She also said Natalia did not like family therapy because of the “childish” exercises. By 2011, Natalia began hearing voices and behaving bizarrely. Kristine claimed she did things a child would never do, such as jumping out of moving vehicles and smearing blood on mirrors.

Natalia was eventually committed to a psychiatric facility

In 2012, Natalia allegedly pushed Kristine against an electric fence. The Barnetts then committed her to a psychiatric facility run by the state. A therapist said she confessed to being 18 years old. Natalia reportedly told the staff at Larue Carter Hospital, Indianapolis, that she had tried to kill the Barnetts. She described it as “fun.” [4]

Too much to handle

In 2013, the Barnetts couldn’t take it anymore. They moved to Canada and left Natalia in Lafayette, Indiana. Apparently, they moved because Jake wanted to take classes at the Perimeter Institute for Theoretical Physics. Before abandoning Natalia, they changed her legal age from 11 to 22 years old in a Marion County Superior Court.

This was so she could receive psychiatric help as an adult, and also be cut free from the family without any consequence to them. After paying for the apartment for a year, they offered no financial assistance to her. Natalia was evicted from the apartment in 2014 for not paying rent. In that same year, Kristine and Michael filed for a divorce.

Not good enough for the law

Prosecutors filed neglect charges against the Barnetts after they left her all alone for three years. The media is portraying Kristine as a child abuser, whereas she insists that there is no child here. Despite changing her age, prosecutors say that even if Natalia was not a child, it is still against the law in Indiana to abandon a mentally and physically disabled adult. This was said by Prosecutor Jackie Starbuck concerning Indiana’s criminal neglect cases.

The Barnetts appeared before Magistrate Daniel J. Moore at Tippecanoe Magistrates Court. He read out two counts of felony neglect. Both charges combined carry a maximum jail term of five and a half years. Kristine and Michael still maintain their innocence. Kristine said, “I have been truthful with people the whole time. I am being chased by the state of Indiana for crimes against a child when the state of Indiana has determined multiple times that Natalia was an adult.” Eventually, Kristine and Michael were released after paying a $5,500 bond and a $5,500 bill respectively. [5]

What happened to Natalia

Natalia was taken in by a 36-year-old pastor, Antwon Mans, and his 38-year-old wife, Cynthia. She lives with them and their five children in Lafayette, Indiana. They have been described as “Good Samaritans” who came across a child that needed their help. It appears that they take good care of her and she likes being there, according to an unnamed friend of the family. The Mans did try to become Natalia’s legal guardians in 2016, but the court upheld their earlier ruling of Natalia being born in 1989 as opposed to 2003 so they had to withdraw the petition. [6]

This sort of story is one that is typically in movies. A very similar film was made before Natalia was even adopted. Orphan has a similar storyline in which an adopted child turns out to be 33 years old.

Ultimately, Kristine and Michael will have to prove in court that they left Natalia as an adult; otherwise they will face the consequences of neglecting a child. Surely, the truth will eventually come to light.