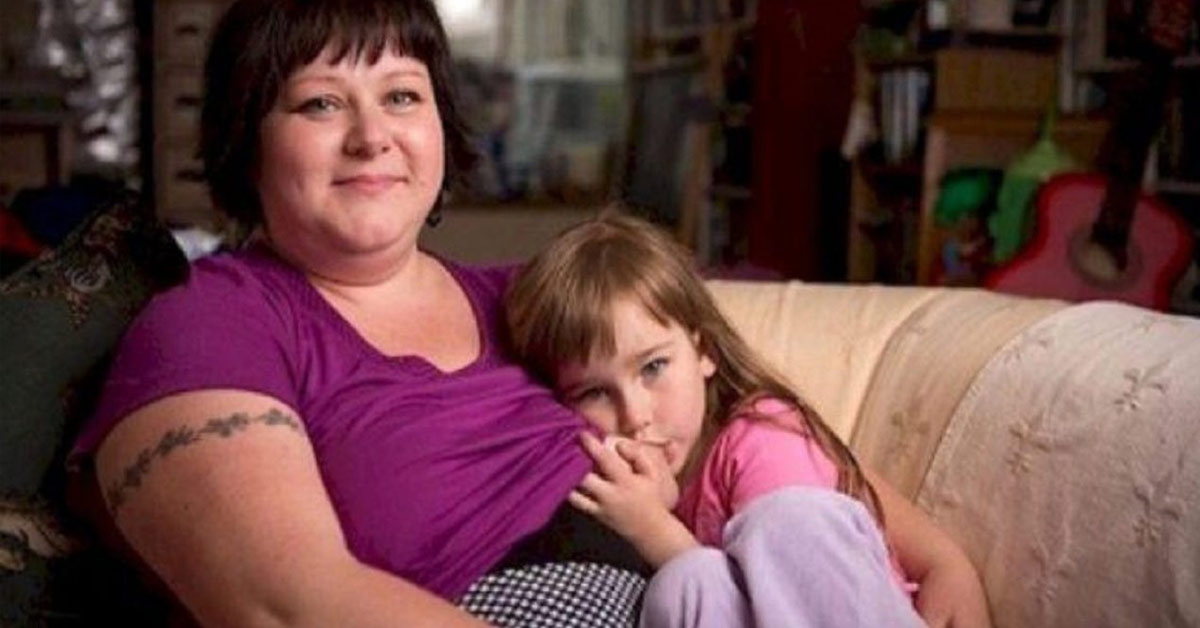 Breastfeeding has and will always be a hot topic for discussion. While it is legal to breastfeed a child in all 50 states, there have been stories about mums getting shamed, asked to cover up at malls, booted out from water parks, and singled out on flights. Amidst all these controversies surrounding breastfeeding, one mother had said that she would continue to breast-feed her kids until they are at least ten years. Like with many others who have towed this path, she has received a lot of backlash, with many finding her decision unnatural. But the mom of two isn’t bothered by any of this.

When Miira Dawson had her first child, Tara, she knew she was going to breastfeed, even preparing herself mentally for it. What she didn’t realize is that she will still be breastfeeding her children at 6 and 3 years, respectively. For her, it was never part of the plan. At the time when this story first broke, Tara, her first child, was in her second year at primary school.

At first, her decision was mainly due to the health benefits of breastfeeding, but soon after, she realized that she wanted her and her children to have the bond she never had with her parents. This prompted her to re-think attachment parenting.

She proudly feeds both Ray Lee and Tara in restaurants, cafes, and supermarkets and says that the only challenge is in finding a way to cover up while breastfeeding both of them in public and dealing with sibling rivalry emanating from who nurses first. Recalling an event that happened, Miira says: “Not so long ago, we were in the supermarket, and Tara was getting tired and kept reaching into my top. I kept telling her to stop it, but she just screeched out, ‘I want to hold a nipple.’ I was so embarrassed, but nobody batted an eyelid. I guess it’s a case of the stiff British upper lip,” [1].

She adds that she has no intention of making her daughter stop and will continue to breastfeed her. In fact, Tara had announced that she was going to breastfeed forever, and she plans to let nature run its course.

“I’m just going to let nature run its course, and I will stop whenever she wants to. I really think that Tara might carry on feeding well after Ray Lee has stopped, as it’s such an important thing to her. It would break her heart if I made the decision for her. She will stop when she wants to, whether she be six, seven, or even ten,” [2].

Additionally, Dawson sleeps together with her children in a king-size bed while Jim, her husband sleeps in the other room. This makes feeding her children simpler. While these routines can be exacting, Dawson says it’s what best for her children.

What says the man of the house?

Her husband, Jim Dawson, a 56-year-old business owner has said that they never discussed extensive breastfeeding, and he certainly didn’t expect that Tara will still be breastfeeding at five years old, however, when Miira said she wanted to breastfeed their children till they are 10, he knew he had to support her. He adds that the advantages on his daughter are visible, with her being extremely bright for her age.

But he is not thrilled with the sleeping arrangement since it restricts him and the children’s time together, and prevents him from bonding with them.

While there has been limited research on the benefits of breastfeeding older children, there is no evidence that it causes any harm. For one, it enhances the bond between mother and child. And this is why Dr. Maria Iacovou, a sociologist at the University of Cambridge whose work is centered on breastfeeding and motherly attachment, has lent her voice to condemn the criticism and backlash that has accompanied this story

“It’s very rare to find someone who is still naturally feeding a child of six years. But there is absolutely no evidence that there is anything wrong, so why should mothers stop if it works for them. Mothers who breastfeed for an extended time feel that it has got really meaningful benefits for their children. I think it is a lovely thing for a baby to grow up and remember being breastfed, as not many people would be able to say this,” she says [3].

It reduces the risk of breast cancer

While there is no proven benefit for breastfeeding older children, a growing body of research has shown that breastfeeding for as long as possible is quite beneficial for the mother.

Published in The Lancet, the study which was conducted on nearly 150,000 women, found that for every 12 months of breastfeeding, either with one child or multiple children, the risk of cancer decreases by 4.3% compared to those who didn’t breastfeed at all.