We usually believe that we are the ones that teach children, not the other way around. As it turns out, 50 young boys from Exeter’s ISCA Academy in England taught some of their teachers and headmaster a lesson: a dress code isn’t always fair.

This group of boys decided to show up to school in school skirts borrowed from some of their female classmates, after they were told that they weren’t allowed to wear shorts – even in the sweltering heat. 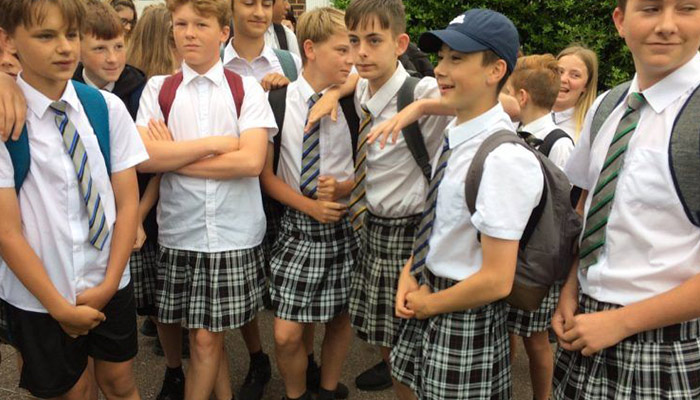 After one student asked if he could wear shorts, he was told “he would be put in the isolation room for the rest of the week’, one mother said.

“The head teacher told them ‘Well you can wear a skirt if you like’ but I think she was being sarcastic. However children tend to take you literally and so five boys turned up in skirts today – and because she told them it was OK, there was nothing she could do as long as they are school skirts.”

One mother even said one of the boys got in trouble for his skirt being too short.

The school’s dress code allows the female students to wear skirts, but the boys are only allowed to wear trousers, which in the current heat, can be dangerous.

Claire Reeve’s son almost passed out due to the heat.

“The weather has been so hot recently and it’s got to the point where my son is suffering,” she said. “I have called the school several times and they have told me that if I send my son to school in shorts, then he will be sent to the isolation room all day, and if I keep him off school, then it’ll be an unauthorized absence.”

The Case Against Dress Codes

In the USA, there have been many protests about dress code policy in schools, stemming mostly from students arguing that the dress code isn’t fair for everyone. With changing times, students are fighting to express themselves freely.

Another cause for protest is the idea that female students have to dress appropriately to not ‘distract’ the male students from their studies. Female students are fighting back, however, and making sure that how they dress has nothing to do with distracting other students and that blaming them is inherently wrong.

In the fall of 2015, Oklahoma student Rose Lynn was sent home for wearing a shirt that was seen to be distracting by one school administrator. She fought back by returning with a shirt on which she wrote what the administrator told her when she was being sent home.

“It doesn’t cover your crotch,” her shirt read. “You’ll distract the boys.” 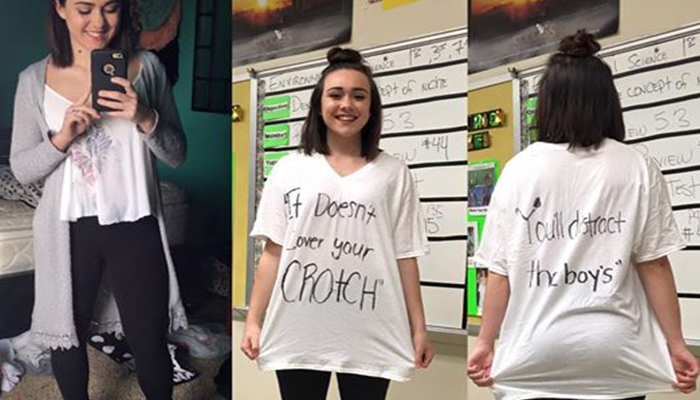 Her post, which went viral in December of that year, shows the outfit she was sent home for wearing, along with the shirt she wore on her return.

It seems these students’ voices were heard, with many school boards revisiting their dress code policies and updating them with the times.

As for the boys in the UK, it looks like wearing skirts was just what they needed to let them be heard. Headteacher Aimee Mitchell admitted she was considering changing the policy.

“We recognize that the last few days have been exceptionally hot and we are doing our utmost to enable both students and staff to remain as comfortable as possible,” she said.

“Shorts are not currently part of our uniform for boys and I would not want to make any changes without consulting both students and their families.”

“However, with hotter weather becoming more normal, I would be happy to consider a change for the future.”

Looks like the kids are here to teach us, let’s see what they have to say.