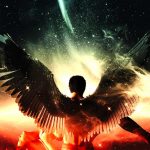 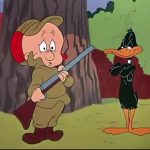 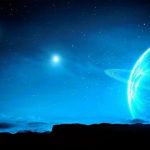 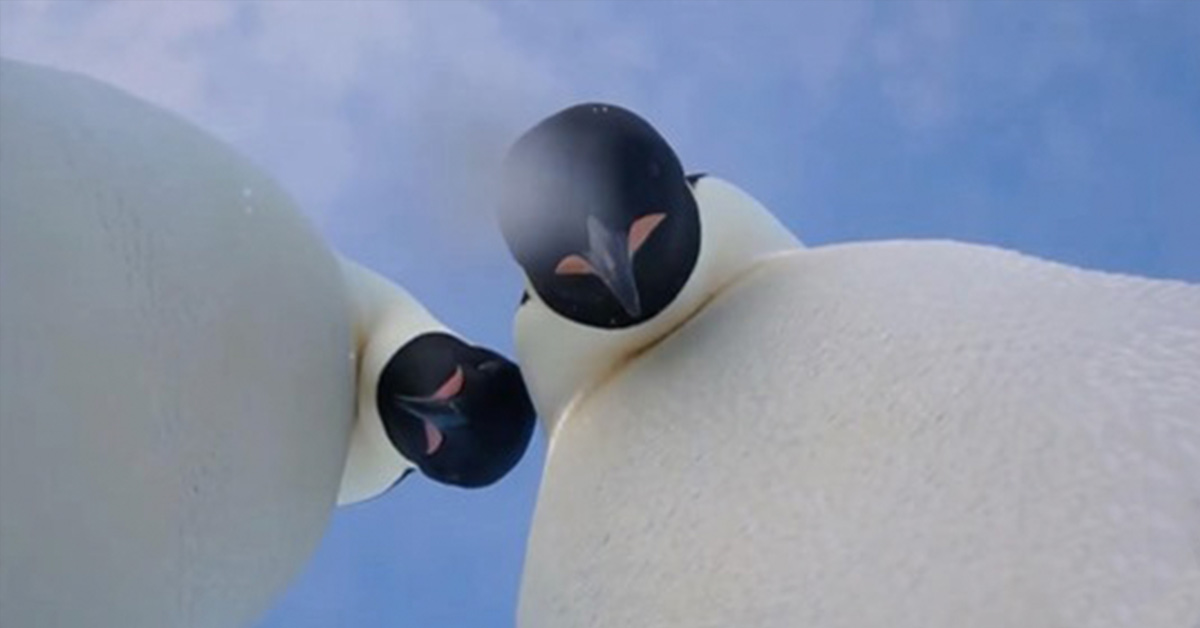 At some point in our lives (or maybe too often), we’ve all probably accidentally opened up our front cameras and taken unflattering pictures of ourselves. It’s quite similar to butt-dialing and it’s certainly not cute. That “fact” isn’t stopping these emperor penguins from owning the spotlight and getting ‘beak-first’ in front of the camera.

What is cuter than a penguin selfie?

Two penguins taking a selfie of course. The setting for this fascinating photo shoot is Auster Rookery — an emperor penguin rookery in Antarctica. An Australian expeditioner Eddie Gault set up his filming equipment and camera around the terrain, hoping to capture a few penguins before dusk.

A short while after setting up, a couple of curious emperor penguins waddled over to take a look…and well, they certainly got more than a good look.

The penguins get so close to the camera that it falls over. In a stroke of good luck for the photographer — and us! — the camera falls with the lens facing up so that it continues to film.

That’s when it gets interesting. First, one penguin’s face appears on the screen. Then, the second penguin joins it and they both look straight into the camera. The pair is probably curious and wondering what sort of contraption the camera is, but for the fun of it, we will assume they were having a close-up photoshoot. [1]

Gault referred to the birds as “naturally curious” and said it didn’t take long for them to “seize the opportunity for a selfie.” The video shows the penguins twist and turn their necks in an attempt to figure out what the camera was. It’s incredibly cute and just goes to show how intelligent these creatures are.

What’s more? The bubbly pair has become quite popular since their video was posted by the Australian Antarctic Division. It immediately went viral with about 15,000 likes on Twitter and over 5,000 shares on Facebook. [2]

These black and white penguins with distinct yellow trims around their necks are the largest and deepest diving of all penguins. They are talented swimmers and can get to depths of almost 550 meters.

Also highly social, they do not only work together to forage for food, but they also form rafts on the sea, colonies on land, and huddles for warmth. [3] [4]

Unlike the Galapagos penguins which are the most endangered of all penguin species, the population of emperor penguins is quite stable. [5]

There are numerous colonies scattered around Antarctica. Some of them are 20,000 penguins large. A total of 238,000 breeding pairs were said to be thriving in 2012.

The biggest challenge these birds face is global warming as they’re almost entirely ice-dependent. Also, they need a constant supply of krill — tiny crustaceans — that form most of their diet.

Currently, they are regarded as ‘Near Threatened’ by The International Union for Conservation of Nature (IUCN). [6]

You can help to conserve these incredible animals

While you might not be able to protect them from orcas or leopard seals, you can help to reduce global warming.

For starters, you could try to do things that reduce carbon emissions such as walking and biking or using energy-efficient transportation options as opposed to driving. You could also invest in renewable energy sources. Even just buying locally grown food items helps to reduce the need for packaging and the likes.

Click on the links below to learn more about ways to help reduce global warming and help emperor penguins respectively.