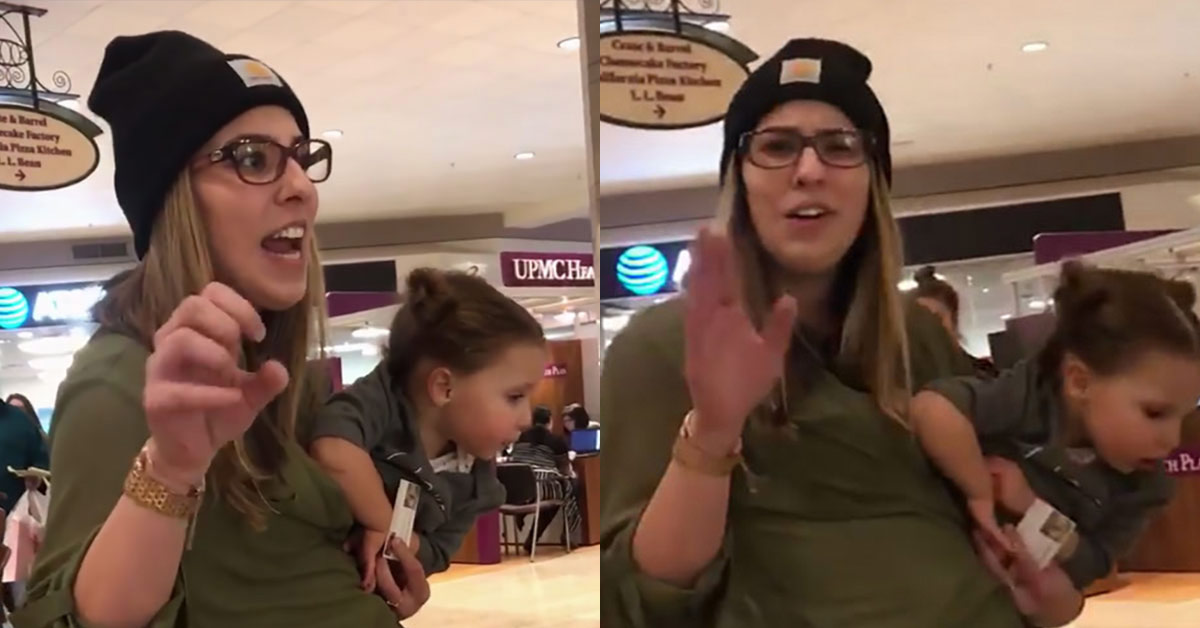 What do you do when faced with situations out of your control? Do you back down? Or do you refuse to take “no” for an answer? Although it is great to be assertive, it can sometimes get out of hand, especially for those who are entitled.

Megan Stoff, a dog handler, was visiting the local shopping mall in Pittsburgh, Pennsylvania, along with her dog, Nala. While at the mall, she was approached by a mother who asked if her young child could pet Nala, who happened to be on duty at the time.

As a dog handler, Megan was used to people asking to pet the dogs under her care. However, her answer is always a resounding “no.” She can’t let anyone pet service dogs while they are working since this would confuse them and disrupt the learning process.

More than your regular dog

Service dogs are trained to help people with disabilities, such as hearing or visual impairments, diabetes, seizures, mental illness, and mobility impairment. In the US, service dogs accompany their owners everywhere they go and help with rudimentary tasks. [1]

They originate from Germany, where the first guide dog training schools were set to care for World War I veterans. Today, thousands of service dogs are individually trained to work or perform tasks for people with disabilities.

The rights of service dogs are protected under the ADA (Americans with Disabilities Act) and parallel state and city laws. To highlight their importance, significant monetary penalties have been put in place against those who seek to separate a service dog from their charge.

Under the ADA mandate, service dogs that are trained to follow a disabled person cannot be denied entrance to businesses, establishments, government facilities, and nonprofit organizations that serve the public. [2]

To help make them easily identifiable, most service dogs wear special vests and/or harnesses. Service dogs without any identifying marks can still be easily noted by the way they pay close attention to their handlers.

Service dogs should not be petted, fed, or otherwise distracted while working as this could be dangerous to the people they are caring for. We must respect these dogs and allow them to do their jobs since they make a big difference to the lives of people with disabilities.

When someone refuses to take “no” for an answer

Unfortunately, not everyone understands or respects the critical role service dogs play in people’s lives. After the mom above got a “no,” she walked on by and Megan thought that was the end of it, but she was wrong.

A few minutes later, the mom came back with her daughter dangling in her arms and attempted to argue over her child not being allowed to pet Nala. She was extremely agitated over Megan’s response to her request and decided to make it a big deal.

Despite Megan’s explanation that the dog was in training, the mother argued that instead of telling her “no,” Megan should have answered in a different manner to show more empathy. She also claimed that Nala didn’t have a sign to let people know not to pet her. [3]

However, this was untrue as Nala always wears a vest covered with patches stating that she’s a service dog every time she is working and the video clearly showed her wearing it on the day this event occurred.

This argument went on as far as the mom calling mall security. In her post on Facebook, Megan said she was astonished by how much this entitled mom was willing to harass a total stranger because she couldn’t accept being told “no.”