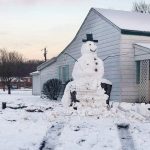 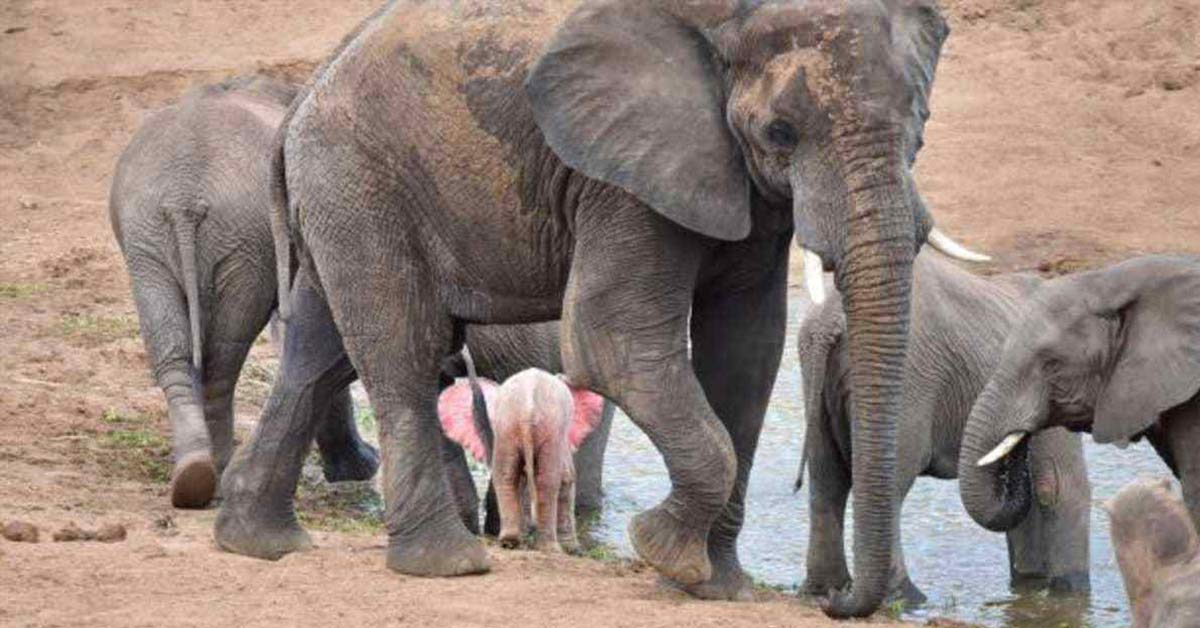 Nope, it’s not your eyes, and you are not dizzy. That’s an elephant and it’s really pink.

In 2016, a baby albino elephant was spotted going for a river drink with its mother at the Kruger National Park in South Africa. [1] The unique animal was seen flapping its adorable ears as it moved with a herd of gentle giants. The photos were captured by Nicki Coertze, a tourist from Polokwane, South Africa.

Albino elephants are extremely rare and are estimated to be just about 70 left in the world as of 2019. [2] This makes sense since the estimated birth rate of white elephants is 1 in 10,000. The pink color is usually caused by full albinism where the animal completely lacks melanin all over its body. In this baby’s case, she has leucism, a genetic mutation characterized by a partial loss of pigmentation. The pink and black pigments are almost evenly distributed throughout her body.

The photographer, Mr. Coertze said: “We were watching the elephants drinking at the Shingwedsi River when we noticed the albino elephant calf. We took pictures of the elephant through the car window, I was trying to keep super still in spite of the excitement of the others in the car. I was really hoping the pink elephant would play in the water a bit, and wash all the dirt off, so we could see him in all his pinkness.”

The calf might have a hard time adjusting to the environment

In both humans and animals, albinism comes with a host of medical conditions that must be managed carefully to ensure a healthy life. [3] Albino skin lacks protective melanin and is often extremely sensitive to sunlight. They have a higher risk of blindness early or later in life, other vision-related problems, and skin conditions including cancer.

For an animal thriving out in the wild, the young elephant might have a rough life coping without human assistance. Her problems include the extremely hot weather in her climate that might irritate her skin. She may also have to struggle to fit into her herd. She looks a bit different from everybody else, and while it doesn’t make her any less special, we can only hope her herd sees her for the adorable pooch she truly is.

Albino animals are often slower in motion due to vision limitations and may be more susceptible to attack from predators. Luckily, this calf moves with an impenetrable herd of giants.

According to Mr. Coertze, who visits the park every year, it was his first time seeing a pink elephant.

“I took some lovely shots of the pink elephant. Some of the shots show it framed by the legs of another elephant, you can really see the contrast in color between the two as the calf shows off its unique pinkness beautifully. I have been visiting Kruger since my early childhood, and have over the last many years being spending at least 20 to 30 days in Kruger every year. I have never seen an albino elephant before.”

“And then, none of my many friends have either. So bearing that in mind, I have an idea that this is a once in a lifetime sighting for me.  As far as the rest of the herd was concerned they seemed to just accept him in their stride.”