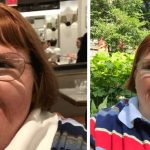 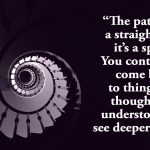 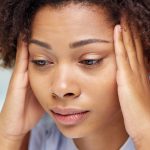 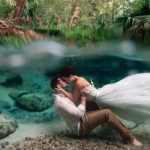 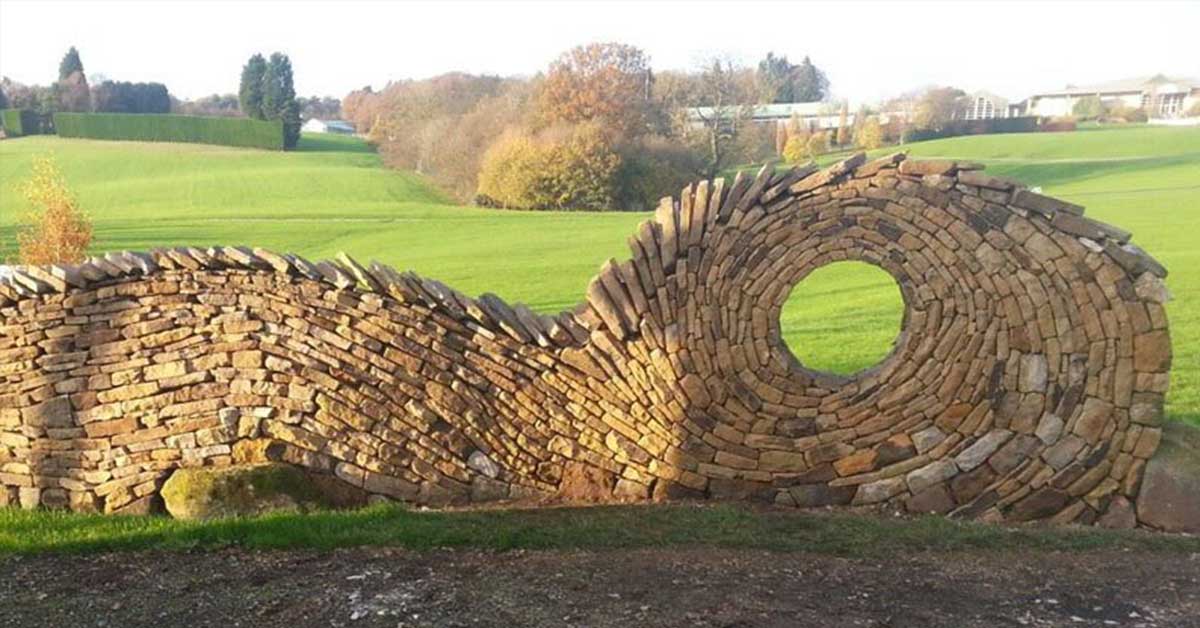 Johnny Clasper from Yorkshire, UK, had spent a good chunk of his childhood working at sites with his father, who was a builder. Johnny loved the craft so much that it didn’t take long before he was promoted from broom-and-wheelbarrow guy to trowel-and-hammer pro. Taking all that foundational knowledge to college, Johnny is now a revolutionary stone wall artist who strongly abhors the idea of one-directional stonewalling.

He believes stone art is a powerful form of expression, as great as any other. Johnny spends most of his time building amazing sculptures from spiral walls and staircases from intimidating scorpions to optical illusions. [1]

Johnny had been just a teenager when his father decided he was finally ready to take on a big guy’s job. He was handed a heavy lump hammer and a rusty trowel to get to work, but he’d never been so proud of himself.

“With these tools, I can build (a feeling I still get today when I pick up certain tools). A short while after I saved up and bought myself some decent tools. I was one proud 16-year-old lad!” Johnny said about his dreams. [2]

Now 38, Johnny was so passionate about working intimately with stones that he decided to break out of his comfort zone and step up his game. He enrolled himself in college and while still taking small jobs, he started an academic journey studying brickwork. In 1997, Johnny graduated top of his class and received the Student of the Year award. He was that serious about his vision.

“At last something I really wanted to learn and really enjoyed doing.“

“College taught me all about the modern ways of building while my time at work I learned many traditional techniques of laying stone, at the time I was always drawn to stone… so many ways to lay it as opposed to bricks,” Johnny said.

Working on his visions

After college, Johnny continued in his line of work and built countless stone walls, barns, and brick houses, until he stumbled upon the concept of “dry stonewalling.”

“This changed everything, without the mortar separating the stone, I became more in-tune and aware of the stone, studying the grain, natural shape and textures, different results and finishes were possible, everything was now falling into place or was it? It was always my dream and goal to build something that hadn’t been done before, but everything seemed to have already been done by someone…”

He later rented his own studio where he could finally work on bricks the way he wanted – without any rules or restrictions to his artistic flair.

His first attempt at dry stonewalling was a seed sculpture, but it didn’t turn out quite right. Johnny explains that he wanted an element of motion in his sculpture, something to make it come alive.

“I had an image of an attacking scorpion in my mind made with jagged stacked slate and polished black limestone, materials I had kept from previous jobs. Against all advice from my sculptor friends, family, and my own instinct telling me not to do it, I decided to create the scorpion (or the illusion I saw in my mind). The scorpion was an instant success and the door to my creative part of my mind blew wide open!“

Johnny began experimenting on the fluidity of his chosen medium, and in his words, “Any chance I got I would arrange pebbles or shards of slate into flowing patterns or drains, mimicking the flow of water spiraling away.“

In 2012, Johnny’s swirl pebble path won the gold award at the 2012 Harrogate Spring Flower Show. He poured in nine nine hours of passionate work to carefully create the spiraling effect that turned the garden into a stunning masterpiece.