Goodness is a Form of Intelligence: Here’s Why Nice People are very Brilliant. 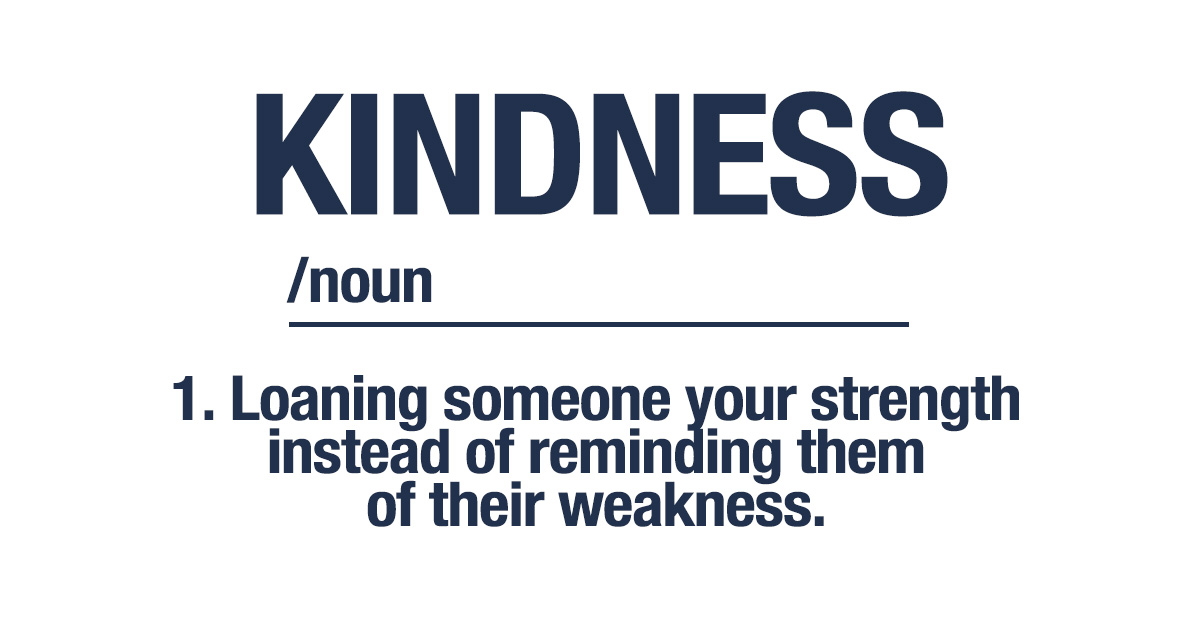 There is no such thing as being too good. Most people think of it as a trait people possess that makes them friendly, considerate, affectionate, and all the good characteristics. However, not many would associate goodness with intelligence and this is a very unfortunate mentality.

Goodness encompasses several virtues including kindness, benevolence, and intelligence. However, people have this misconception that goodness is weakness and stupidity. They don’t believe you can be a good person and still be an intelligent person. Oh, how wrong they are.

Several misconceptions about kindness exist. Some of them are the claims that kind people are easily taken advantage of, they don’t push back when other people try to use them, they are afraid to say no, they agree with everyone, and they never criticize anything.

These myths couldn’t have been farther from the truth. The fact is that kind people have a high level of empathy, but are still brilliant enough to know when someone is being — in the simplest of terms — a jerk.

They recognize a narcissist or a manipulator when they see one and can move away from that toxic environment. They also have profound opinions and are not afraid to share them, although they do this nicely.

Goodness is a form of intelligence

Think about the kindest, most selfless people you know. You will see that most of them are open-minded and always willing to learn new things. This makes them more than just a little versatile. Intelligence and goodness are somewhat of a package deal. This means that basically goodness is intelligence and vice-versa. The more virtuous you are, perhaps spiritually, the more intelligent you are as well. [1]

It doesn’t help that there is an age-long stereotype of how very intelligent people are unkind or unable to relate with other people on an emotional level. However, research has shown that this is not necessarily correct.

It seems that there is a positive correlation between intelligence and compassion.

The link between educational intelligence and goodness or empathy

A team of researchers from Boston University School of Medicine used data obtained from 590 fourth year medical students to study this link. They used the Jefferson School of Physical Empathy (JSPE), and the results of the Objective Structured Clinical Examination (OSCE) scores in their study.

Eventually, they determined that there is indeed a positive correlation between the student’s JSPE and OSCE scores. This is just an example, or rather proof, that empathy and intellect are not at opposite ends of the spectrum, but are instead very much compatible. [2]

Kind people might just be the smartest of the bunch

According to neuroscientist Richard Davidson, “The basis of a healthy brain is goodness.”

The Research Professor of Psychology and Psychiatry at the University of Wisconsin-Madison believes that kindness means you think not just of yourself but of all people. Intelligence requires you to acquire knowledge and skills but it is a moot point if you do and fail to apply it in your daily life.

Besides, it’s way easier to be mean because it doesn’t take a lot of effort. This is as opposed to the hard work it takes to be a genuinely good person especially when people are not there to praise you.

In an interview with Krista Tibbett for On Being with Krista Tippett, Davidson discussed the relationship between qualities of character such as kindness or love, and intelligence or education.

Tippett described Davidson as “one of the central people who has helped us begin to see inside our brains and inside the rich interplay between things we saw has separated not that long ago: body, mind, spirit, emotion, behavior, genetics.”

On the topic of love and intelligence, Davidson said, “I actually think that this is going to be the next frontier for science and neuroscience. I’m not afraid to speak about love… Love, kindness, and education, as you say — I’ve not heard those words put together before. It’s refreshing.”

Since being good requires quite a huge amount of love, it’s safe to say that the absence of love could have potentially devastating effects. Tibbett asked Davidson his thoughts on the matter and he agreed with the analogy. He then went on to say that certain decisions cannot be made on called cognitive calculus.

“We consult our emotions for making that decision. And if our emotions were disrupted, it will really impair our capacity to make those kinds of decisions. So this has led to the insight that emotions actually play a really key role,” he said.

In conclusion, the renowned neuroscientist said he believes the topic will be the next frontier for science and neuroscience. He believes the issue of love and emotions “will be associated with pervasive differences in the brain and is something that really needs to be studied.” [3]

On the other hand, mean people tend to be less intelligent

A Canadian study among other studies — numerous to say the least — showed that racist and prejudiced people have much lower IQs than open-minded, accepting people. This is probably because racism and prejudice stems from these people’s inability to adapt to change. This could be classified as a symptom of their low IQs.

The saying that “intelligence is the ability to adapt to change” fits perfectly in this scenario. Regardless, it is understandable when a person feels apprehensive about making a change. No one will fault anyone for having a healthy level of “fear of the unknown.” However, it becomes an issue when they refuse to embrace necessary changes. This is indeed the difference between the smart and not-so-smart. [4]

Indeed, goodness is a form of intelligence. However, it is important that you know there has to be a balance. Studies have shown that people with very high IQs also have some bad traits. For instance, they tend to be arrogant and somewhat narcissistic. That being said, to be good and intelligent, one needs to possess a healthy amount of emotional intelligence and consequently empathy which is a major part of EQ.

Interestingly, emotional intelligence has been classified as one of the six new skills to add to your CV if you want to be employable. The rapidly changing world of today has gotten over the “ability to work under pressure” and “excellent team player” as the best skills you could have.

According to the World Economic Forum’s Future of Jobs report, this year, employees will be on the lookout for employers with a new batch of skills. After thorough research where 350 executives from 9 industries in 15 of the world’s biggest economies were questioned, emotional intelligence was listed as one of the skills you must possess. [6]

Quotes on kindness and intelligence

“A good head and good heart are always a formidable combination. But when you add to that a literate tongue or pen, then you have something very special.” – Nelson Mandela

“You may be very clever in your studies, in your job, in being able to argue very cleverly, reasonably, but that is not intelligence. Intelligence goes with love and compassion, and you cannot come upon that intelligence as an individual.” – J. Krishnamurthy

“Wisdom is nothing more than the marriage of intelligence and compassion. And, as with all good unions, it takes much experience and time to reach its widest potential.” – Vera Nazarian

These quotes are meant to remind you of the value of oneness with ourselves and others. Understanding these lets us behave in an emphatic way and still retain our ability to reason clearly at all times.