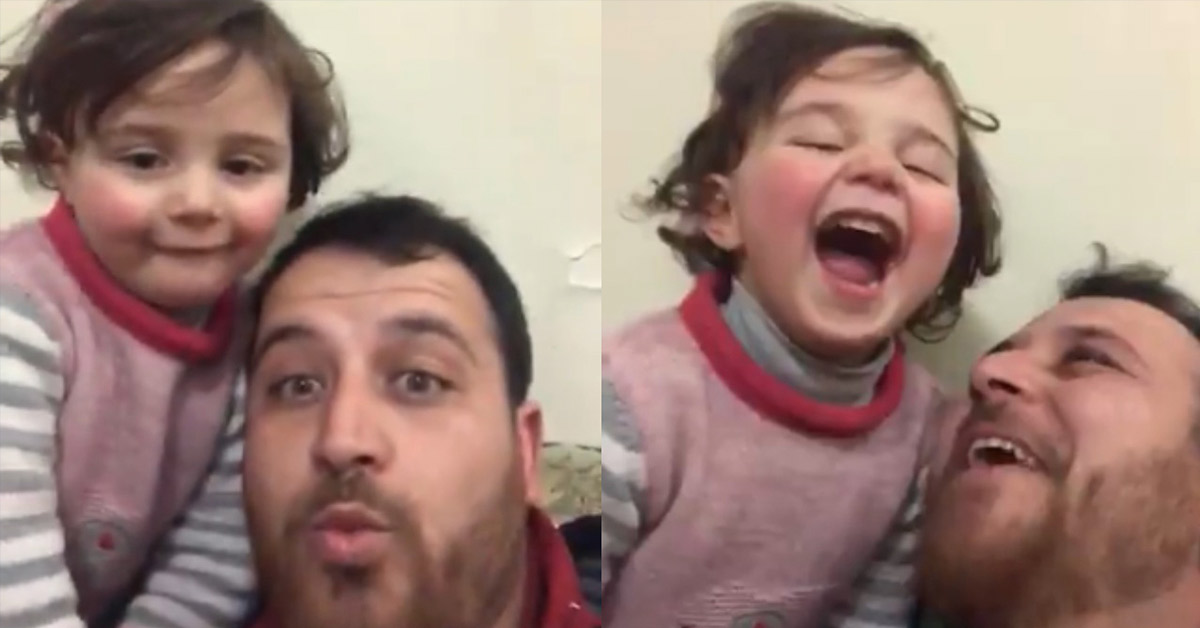 War changes people. This is irrespective of whether or not they are on the frontlines or the victims. It seems that this generation of adults has seen so much war that they are now desensitized to it.

However, this raises the question of what sort of society children are being raised in. One riddled with bullets and pain in which the innocence of childhood is often lost at the beginning? The case in Syria is rather devastating.

Ever since Bashar al-Assad became president of Syria in 2000, Syrians began complaining of unemployment and corruption, as well as the lack of political freedom. The civil war began when a peaceful uprising against the Syrian president escalated and devolved into a full-on war.

In 2011, when the demonstrations began, the government reacted with deadly force leading to even more protests calling for the president’s resignation. That led to a cascade of events, from the opposition taking up arms, and the government retaliating that eventually led to the situation of the region now.

As of 2018, the death toll in this country was 367,965; this was without the almost 200,000 that were missing and presumed dead. [1] Now the war involves other countries including Russia, the United States, Saudi Arabia, and Turkey, all of which have different agendas and roles to play.

It has also gone beyond the battle between the president and the opposition forces. The war now involves efforts to defeat the Islamic state and operations by Turkish forces against Kurds, an ethnic group who are mainly Sunni Muslims. [2] Of those countries, Turkey supports some of the rebel groups while Russia supports the president.

They agreed to the creation of a demilitarized zone in Idlib. However, the DMZ in Idlib hasn’t been ‘respected’. Each party accused the other of not keeping to their terms and this led them to push into the area to try to regain control.

Ceasefires not being observed

Despite several ceasefires called, the government attacked again, leading to the continued war in the nation.

The Syrian war has raged on for over nine years now. With a population of around 3 million people in Idlib, 1 million of them are internally displaced with IDP camps at full capacity. The situation gets darker daily such that the United Nations has warned of a possible ‘humanitarian catastrophe’.

Idlib, a city in northwestern Syria is currently under siege by what is perhaps the most terrible war the region has ever witnessed. Being the last stronghold of most liberal groups as of 2018, the region has taken heavy attacks and is barely surviving. [3]

Idlib is very important in the war because the rebel and jihadist groups, which began the protests for the resignation of the president, have it as their last stronghold.

Also, the region is important to the government because of its strategic position. It not only shares borders with Turkey, but it also has highways running from Aleppo to Damascus and Latakia — all of which are very important in the war. [4]

Impact of the war on people in Idlib

The United Nations estimates that this war will eventually lead to a massive number of casualties and fatalities. As for life in Idlib, it is rather bleak and depressing. The city is rife with overcrowded IDP camps and shelters. The people are in dire need of medical assistance.

Basic human needs such as food are hard to come by. Schools and hospitals have been destroyed as well. The numerous bombings in the region have been almost a normal occurrence. [5]

While there is certainly nothing funny about the situation in Idlib and the rest of Syria, this poor dad can only do so much to protect his little girl. He was forced to create a ‘laughing game’ to “remove the fear from her heart”.

Thirty-two-year-old Abdullah al-Muhamed, his wife, and their 4-year-old daughter, Salwa fled their home in Saraqib to stay with a friend in Sarmada, Idlib. The video which involved a lot of laughter is probably the saddest out there because it shows just how bad the world has gotten.

In an interview with local reporters, Abdullah explained his reason for doing that by saying, “She is a child who does not understand war. I decided to teach Salwa this game to prevent her psychological state from collapsing. So as not to be affected by diseases relating to fear.”

The near-constant bombings in the area must have raised several hard to answer questions from Salma. Abdullah had to get on top of the situation and protect her for as long as he could.

In the video which has been shared several thousand times, a loud rumbling can be heard in the distance. Abdullah then asks Salma if it’s a jet or a bomb after which she picked the latter and says “when it comes, we will laugh”. She then bursts into fits of laughter as a bomb lands in the distance.

According to Abdullah, he decided to use that format because it took away her fear of bang snaps used during the Eid festival after he told her they were just ‘toys’.  “I wanted her to associate these loud, frightening sounds to something that is light and amusing,” he said.

“I want the world to know: We’re not terrorists as the regime paints us out to be,” he added.

The father would rather his daughter wasn’t in that situation at all as you can see him lose a little of his smile after she turned away in the video. He is well aware that as she gets older, he will not be able to protect her anymore and that makes him very worried.

However, until then he’s just like any other father, he will continue doing his best to shield her from the harsh realities of the world.