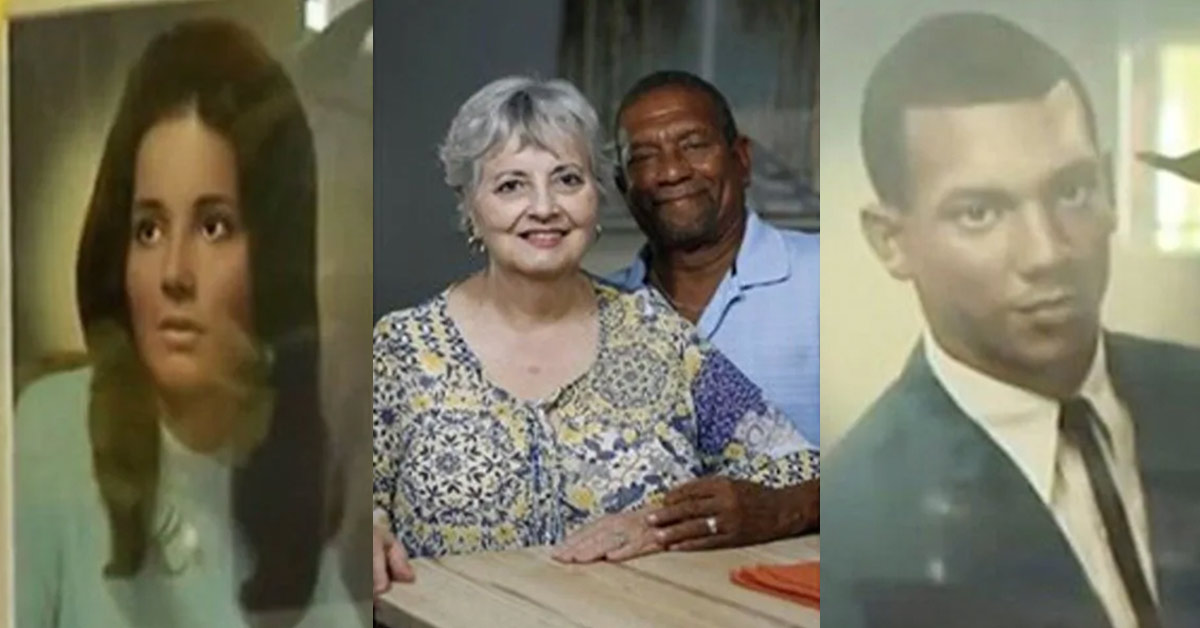 Whoever said “love conquers all” should be given an award for speaking the gospel truth. The only downside is that love does not have a fixed timeline. Regardless, true love transcends time and space and this little story proves that beyond a reasonable doubt.

Howard Andrew Foster and Myra Clark started dating in high school. You might think that they didn’t truly love each other because of how young they both were, but they did and their love has stood the test of time.

Unfortunately for them, love wasn’t enough at that time. You see, Howard is of African descent while Myra is Caucasian. And at that time, 1967 to be precise, interracial relationships were frowned upon, talk less of a marriage.

Back then, it was truly a case of white and black

At least, that’s how people saw it. The racism Howard faced was rampant. They continued to date for two years, however, the concentrated racism against Howard continued to grow even while in college at Columbus technical institute — now Columbus state community college. Not even his professor spared him from the vicious act of racism.

In the end, Howard had to break up with Myra to protect her

He knew the relationship was doomed at the time and he did not want anything that would endanger her. For that reason, he had to end things with her.

“Society wasn’t going to let us be together and she be happy… She’d get tired of the stares; I just thought it was unfair to her. Her happiness was the most important thing,” he said.

Myra was understandably devastated but she understood the situation. As for Howard’s decision at the time, she said, “I believed he’d think I would be happy (without him), though he didn’t know what I’m made of. And that’s okay.”

The lovebirds were heartbroken as they said their teary-eyed goodbyes. According to Myra, after they said their goodbyes, they walked in different directions but still turned and their eyes met. “Then a block away. We both turned around at the same time and waved. I really think that wave was, ‘I’ll see you later,’” she said.

Goodbye truly is the saddest word out there

Howard and Myra’s goodbye lasted decades. They didn’t believe they would ever see each other again. After the goodbyes, Howard said he was so sad he cried.

“I remember just sitting in my car and crying because it was not an easy decision. I really did love her,” he said.

Irrespective of their break up, they never got each other out of their minds.

“I wondered what my life would be like with her. What would it be like if we had stayed together?” he said.

They each had a special place in the other’s heart. Eventually, Howard got married and divorced but Myra never did.

In 2013, they reconnected through a mutual friend of theirs. Myra worked at Mount Carmel Hospital. There, she met a nurse whose daughter was married to Howard’s son. Howard and Myra eventually got in touch with each other and decided to meet up on the Labor Day weekend of 2013 at Sharon Woods Metro Park.

The sparks between them were still there

The day they reunited with each other was special because it felt like they never stopped loving each other. It was like a fairytale moment. As they held hands across the picnic table, their love for each other showed clearly on their faces.

“It was that dream you just never thought would come true… there she was,” said Howard. “For me, the fact that I was sitting there holding her hands is something that I thought would never happen. And I was not letting her go,” he added. [1]

This time it was different

There weren’t numerous stares of disgust thrown their way. There were no racist comments as well, and no threats against them. Howard was not prepared to let Myra go this time.

“I walked away once; I was not going to walk away again,” he said.

On August 1, 2015, the lovebirds tied the knot and couldn’t be happier. They are in their sixties but still behave like a couple of teenagers smitten with each other. They even go to bed holding each other’s hands and while they’ve lost so many years together, it all worked out in the end for them.

It was about time things changed…

In 1967, the Supreme Court case ‘Loving vs. Virginia’ led to the legalization of interracial marriages after an interracial couple sued Virginia for laws that prohibited such marriages.

Since then, there has been a five-fold increase in interracial marriages, such that as of 2017, 17% of United States newlyweds had a spouse of a different race. This was as opposed to the 3% that were married in 1967. [2]

It is a beautiful thing to be with someone outside your race because you get to experience a whole other culture and background first hand. However, this relationship is bound to face some challenges down the line, especially if the couples fail to discuss and effectively handle their differences.

Here are some of the challenges often faced by interracial couples

They both have different expectations of the relationship

What you read on paper or watch on TV might just be a stereotype that is not obtainable in real life. Thus, if they think they share the same world views or have the same perspective, it might come as a shock to them when they realize their differences run deeper than they expected.

Different cultures have different methods of communicating. This could lead to the couple having something important lost in translation which could negatively impact their relationship.

You’d think times have changed but they’ve not. It’s not as blatant as before, but racism still exists today. It’s much harder when your partner comes from a traditional family. They tend to be much less open-minded on such matters. This can be a tremendous setback for any couple.

Perhaps the most difficult of all challenges an interracial couple faces. It’s unbelievable how ignorant people can be. They believe so much in the stereotypes that have been perpetuated over the years. They tend to make rude assumptions. Even when they want to be “accepting”, they make statements that have racist undertones.

At this point, you might even prefer the ignorant ones with their undertones. Some people are still openly racist. They might even discriminate against the couple, or worse, resort to threats and intimidation to separate them.

This could be in the form of stares, whispers, or derogatory comments. It could also be cyberbullying or trolling from people on social media.

Ways to withstand these challenges

Love goes beyond skin color. Everyone has a part to play in the war against racism. Even if you are not in an interracial relationship, you can go out of your way to help change the narrative. At the very least, don’t allow stereotypes to cloud your judgment, and at any time that you can, educate people who continue to wallow in ignorance on the subject.