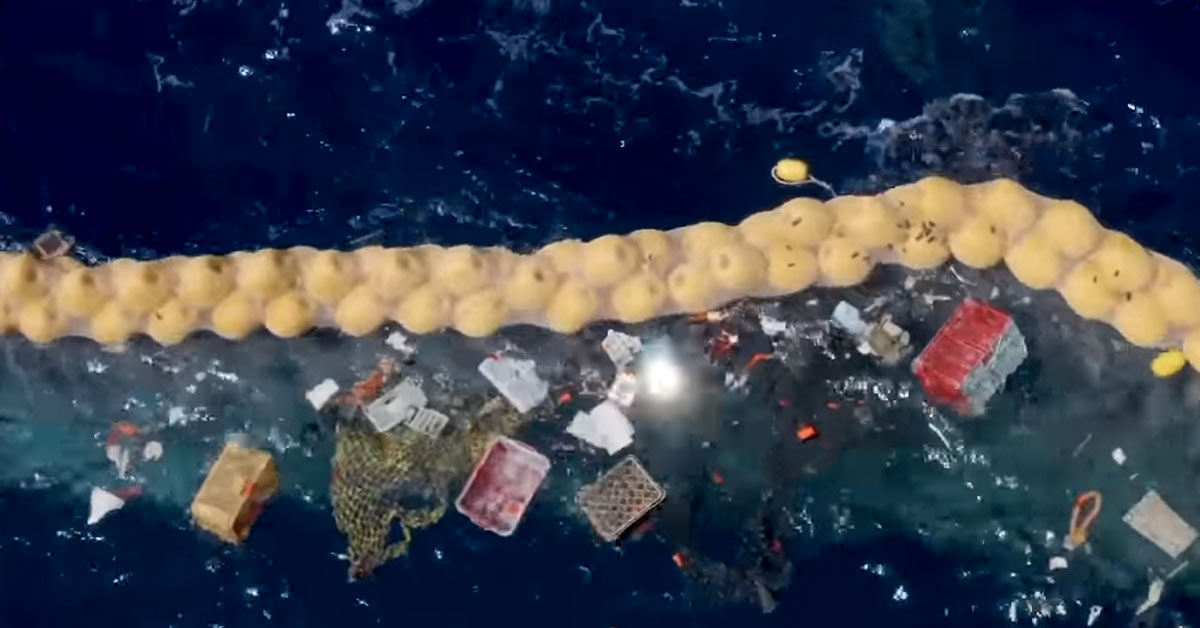 Pollution in the ocean caused by plastic accumulation has been a huge concern worldwide for years. This accumulation of plastic has led to several garbage patches being formed all over the world in different parts of the ocean. The Great Pacific Garbage Patch is particularly worrisome due to its huge size. Scientists previously claimed that it would take thousands of years to clean up. However, this brilliant man came up with an ingenious plan to clean it up in less than 10 years.

Twenty-five-year-old Dutch inventor and entrepreneur, Boyan Slat, founded the Ocean Cleanup Organization, which is a nonprofit organization that aims to remove plastic from the ocean. Slat had always had a keen interest in cleaning the ocean after he saw more plastic than fish in the ocean during a diving expedition. Slat eventually quit college to focus on his great plans. He was able to gather $2.2 million through crowdfunding with the help of 38,000 donors from 160 countries. He has also raised $31.5 million for the project since the Ocean Cleanup was launched. [1]

The Great Pacific Garbage Patch is a collection of marine debris in the North Central Pacific Ocean. Also called the Pacific trash vortex, it originates from the Pacific Rim — the lands around the rim of the Pacific Ocean.  It is the largest of the five offshore plastic accumulation zones in the world’s oceans. It is located in the North Pacific Ocean, between California and Hawaii. This garbage patch contains around 1.8 trillion pieces of plastic and the estimated weight is around 80,000 tons. About 1.6 million square kilometers of the ocean’s surface is covered by this patch and it keeps growing because the garbage input is larger than the output. This means that without interference the patch will only continue to expand in size. [2]

Accumulation of plastic in the ocean

Around 1.15 to 2.41 million tons of plastic enter the ocean yearly from rivers. Since water is more dense than over half of this plastic, they end up floating in the ocean. The more buoyant plastics persist in the ocean despite the harsh conditions, and can be transported over long distances until they get to the patch due to converging currents. Once in the patch, they will not budge except by degrading into microplastics over a long period. However, this only serves to increase the microplastics concentration in the garbage patch. [3]

After a year of test runs and many corrections, the Ocean Cleanup organization announced the successful collection of plastic debris by their System 001/B vessel. This system was originally presented by Boyan Slat in 2012. The device is a U-shaped plastic catching system that was built to passively collect trash from the garbage patch using the ocean’s current. It creates a coastline in deep water, and the visible part is a 2,000-foot pipe made up of polyethylene plastic.

The system is the Ocean Cleanup’s second attempt at successfully collecting garbage from the patch. The first version had a screen attached to the bottom of the pipe. Unfortunately, this created too much stress at the point where the pipe and screen met. And in 2018, a crack at the bottom of the pipe eventually led to a 59-foot end section detaching from the device. The team addressed this issue in the new model by moving the screen to the front of the pipe and connecting it with slings. Also, to keep it taut, they installed a cork line behind the screen.

System 001/B was put through a series of tests including one where they used a parachute anchor to decelerate the system. This anchor ended up being the “winning concept,” according to Slat. Nevertheless, there were still a few bumps along the line including “overtopping” of plastic from the cork line. A much taller cork line was built, which drastically reduced this problem.

In a press conference, Slat said, “This now gives us sufficient confidence in the general concept.” The system surprisingly was able to successfully capture microplastics, as small as 1 millimeter. The organization plans to build an even larger version of the system by next year to capture more plastic.

Currently, the team removes the plastic from the device manually using nets, but they intend to employ the use of ships to make it easier. At that point, Slat would most likely visit the garbage patch to see the device in action. He prefers to stay on land for now as he “tends to get seasick”…ironic, isn’t it? He said, “I’m definitely much more useful on land. I’d like to go at some point, but only once the whole fleet is out there. I think it’ll be kind of epic to see.” [4]

The journey so far

With the promising results from the project so far, one can only imagine how far they’ll go in the next few years.

“After beginning this journey seven years ago, this first year of testing in the unforgivable environment of the high seas strongly indicates that our vision is attainable and that the beginning of our mission to rid the ocean of plastic garbage, which has accumulated for decades, is within our sights,” said Slat.

He added, “Our team has remained steadfast in its determination to solve immense technical challenges to arrive at this point. Though we still have much more work to do, I am eternally grateful for the team’s commitment and dedication to the mission and look forward to continuing to the next phase of development.” [5]

Plans for the plastic

The team intends to bring the plastics gathered so far to shore for recycling. They believe there may be a market for items that will be made with them, and they intend to invest the proceeds back into the cleanup project.

“I think in a few years’ time when we have the full-scale fleet out there, I think it should be possible to cover the operational cost of the cleanup operation using the plastic harvested,” said Slat. [6]

This mission is a very important one, and it requires all hands on deck to make it a success. Slat and his team may be doing the big job but we all have a part to play. Cleaning up the ocean requires a combination of closing the source of pollution and cleaning up the already accumulated dirt.

At the very least, we could start by trying not to use plastic anymore. It doesn’t matter how far away from the ocean you live, any plastic you throw away can find its way to the ocean. Big changes start with small steps and we can all join hands and say no to plastic to make a difference. Big-ups to Slat and his team for the incredible job they’re doing.