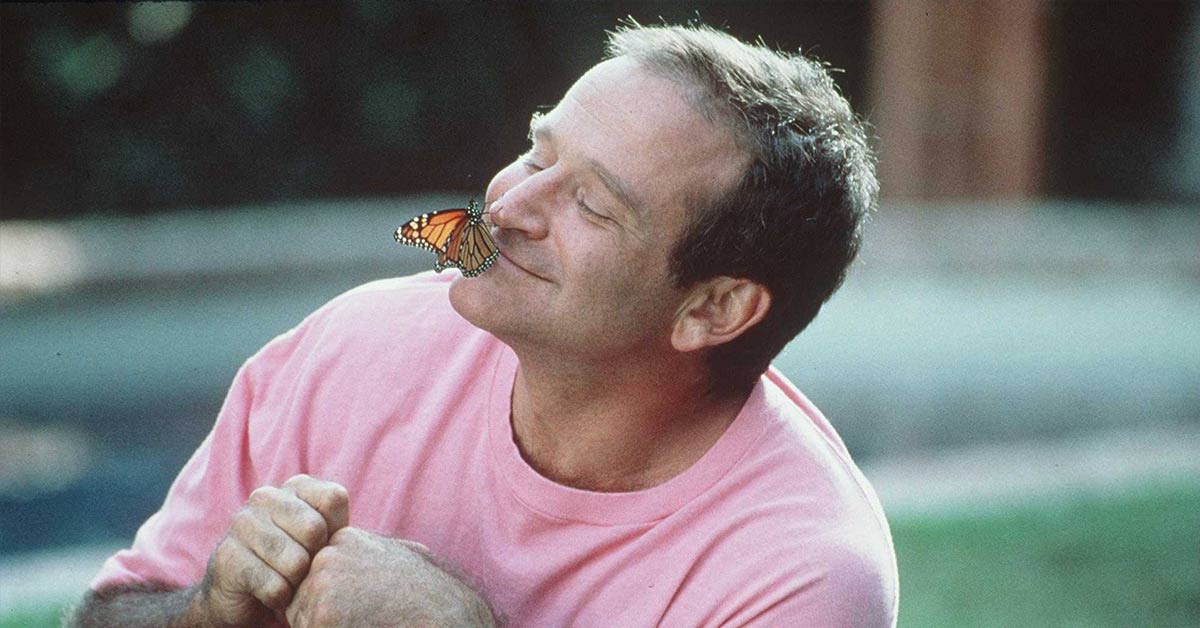 In a world where lots of people help others just to show off, it is quite refreshing to see someone so selfless in his acts of kindness that people did not know about them till he passed. It’s none other than Robin Williams, one of the greatest comedians of all time

Not much is needed in the way of introduction here. Williams was a household name during the highlight of his career. He was born on July 21st, 1951, in Chicago to a wealthy family.

He was quite a funny kid and was voted “funniest” by his classmates at Redwood High School, but no one ever imagined he would end up as such a successful comedian. Heck, he was voted “most likely not to succeed” by his peers — joke’s on them.

Williams had a good run as an actor and comedian. He starred in a number of high grossing films in the genre of comedy as well as drama. He eventually got his own show Mork and Mindy in 1978. In all the movies he acted, Williams never failed to showcase his comedic prowess; however, when it was time to take on a serious role, he would slip into that character quite nicely.

He won an Academy Award for the role of best supporting actor for his role in Good Will Hunting. [1] He also won several other awards including two Primetime Emmy awards, six Golden Globe awards, and four Grammy awards.

Challenges faced by the actor and comedian

While climbing the career ladder, Williams hit a few bumps along the road. He developed a drug and alcohol problem and ended up struggling with addiction for over 20 years.

Then he got into several romantic relationships while still married to his first wife, Valerie Velardi. Eventually they got divorced and he married his son’s nanny, Marsha Garces. They divorced and he got married to Susan Schneider in 2011, but he harbored the guilt of his previous divorce for a long time and it weighed him down.

Unfortunately, his career hit a block and began to stall. He took on several low budget movies to get by. Also, his sitcom the Crazy Ones was having a difficult time finding an audience on CBS. Things only got worse for Williams when he was diagnosed with Parkinson’s in May 2014. [2]

Death of an icon

Perhaps it was the accumulation of several mental problems that pushed him over the edge but on August 11, 2004, at the age of 63, Williams was found dead in his home in Paradise Cay, California, from suicide.

An autopsy later revealed that the Parkinson’s diagnosis was wrong. Instead, he had Lewy body dementia, an aggressive kind of dementia caused by deposits of abnormal proteins in the brain. The disease comes with depression and has a risk of suicide. According to Williams’ wife, his suicide was due to his struggle with the disease.

After Williams’ death, Brian Lord shared an incredibly nice story about him that has made the respect people have for him skyrocket. Brian Lord, a fan of the legendary actor as well as a worker in the entertainment industry, revealed something about Williams that was not common knowledge.

He came close to booking the actor for a gig that never happened, but he got his hands on Williams’ rider, a legally binding contract that performers, actors, and others present to the crew or organizers of any program, listing whatever they want to be provided for them.

While some stars make over-the-top demands bordering on abusing the opportunity given to them, some use the rider to test if the organizers actually read through the contracts. [3]

On the issue of Williams’ rider, Lord wrote, “Years ago, I learned a very good thing about Robin Williams and I couldn’t watch a movie of his afterwards without thinking of it. I never actually booked for an event but I came close enough that his office sent over his rider.

“When I got Robin Williams’ rider, I was very surprised by what I found. He actually had a requirement that for every single event or film he did, the company had to hire a certain number of homeless people and put them to work. I never watched a Robin Williams movie the same way after that.“

“I wonder how many production companies continued the practice into their next non Robin Williams projects, as well as how many people got a chance at a job and the pride of earning an income even temporarily from his actions,” he added. [4]

Today, Williams’ selflessness in using his rider so generously is one to be emulated. However, there are some truly crazy riders out there.

For starters, Van Allen requests a bowl of M&Ms with all of the brown candies taken out — bless the soul of the poor intern got that lucky job

Then there is the very specific rider of Mariah Carey who wanted 16-ounce bottles of Evian water, except her tea water had to be Poland spring. And of course she wouldn’t be a diva if she didn’t request for Cristal champagne with bendy straws — don’t forget the bendy straws! [5]

It shouldn’t come as a surprise that Williams had such a humble rider. After all, his actions during his life were essentially the same. Being born into wealth, Williams always wanted to help the less privileged. Jeffrey Katzenberg, Chief Executive at DreamWorks Animation said, “There were so many ways and so many things he did for so many people.”

In 1986, Williams, Billy Crystal, and Whoopi Goldberg worked on a series of TV Herschel to raise money for America’s homeless. The organization, Comic Relief, raised over $80 million because of them. [6]

In 1990, Williams addressed a senate panel in support of the homeless prevention and revitalization act where he stated, “The problem cannot be denied anymore. We cannot be a kinder, blinder nation. We must look, and you have to see it, and it’s there…I do believe this can work in an incredible way, from a grassroots level, that the money can get to that and prevent, truly prevent, homelessness. That’s where it lies. You can’t keep picking people up, you have to stop them from falling. That’s what I hope. Thank you.”

William also supported several other charities including Aid Still Required, the American Foundation for AIDS Research, Doctors Without Borders, the Livestrong Foundation, and over 30 others. [7]

Tributes to a legend

Several people have written amazing tributes for Williams since his passing. Actor Ben Stiller said, “His kindness and generosity is what I think of. How kind he was to anyone who wanted to connect with him… So there is the man and his talent, and I think in this case both were extraordinary.”

“His greatest legacy besides his three children is the joy and happiness he offered to others, particularly to those fighting personal battles,” said his wife, Susan Schneider. [8]

Indeed, this was truly a great man. Hopefully his good work lives on and the light he shined on other people never dims.