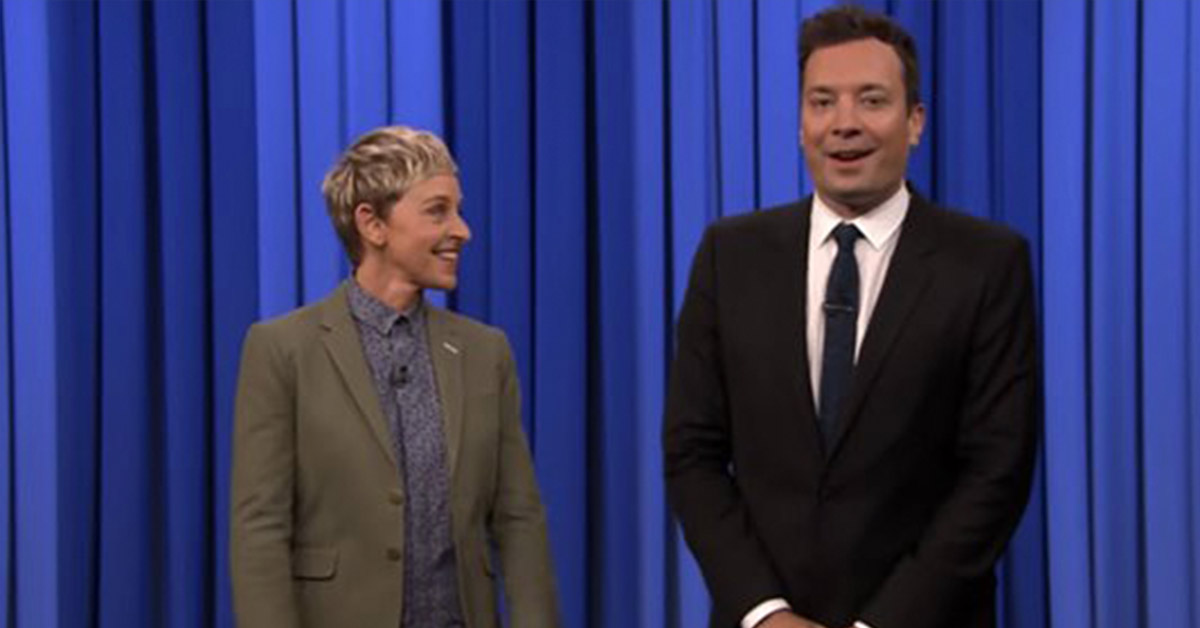 What do you get when you bring on the same stage two amazing comedians with a larger than life personalities? Nothing short of magic. If you are a regular follower of the Tonight Show with Jimmy Fallon, you will acknowledge that there have been a series of funny skits and fantastic content on the Lip-Sync battle segment. Think about ‘Real People, Fake Arms,’ ‘The Ragtime Gals: ‘Sexy Black,’ ‘#Hashtag,’ ‘Evolution of End Zone Dancing, ‘ and ‘History Of Rap 6.’ [1]

However, this particular skit takes the cake and the icing, and this, in part, has to do with the other participant of the lip-sync battle.

Fallon and DeGeneres got together to lip-sync to songs that were selected at random. At this point, viewers do not know what to expect, but they are sure that whatever they came up with will definitely blow their minds.

At first, both participants didn’t know exactly what to do. All they knew was that they had to put up a performance they will convince the audience, and the judge, Justin Timberlake, that either one of them is a better performer.

Enter Jimmy with his opening song: The Killers’ “Mr. Brightside,” which got them excited. DeGeneres responded with an equally captivating rendition of Diana’s classic hit, “Do You Know Where You’re Going To,” which she tackled sitting down.

Just when we think no other performance can top both performances, the Tonight Show host performed Silento’s “Watch Me” (Whip Nae Nae) and boy, was it awesome. But it was DeGeneres who brought the house down with a stunning rendition of Rihanna’s “B**ch Better Have My Money.”

It was just about the song and the vocals, but the way their bodies aligned with the beat and the lyrics of the songs.

While late-night shows are not many people’s cup of tea, this video will put a smile on your face.

Born September 19, 1974, James Thomas Fallon is an American television host, comedian, actor, author, singer, and producer. He is popularly known for his work on television as the host of late-night talk shows. [2]

Fallon has also authored several books, including Everything Is Mama, and Your Baby’s First Word Will Be Dada.

Born January 26th, 1958, Ellen Lee DeGeneres is an American comedian, actress, show host, and author. Her journey into comedy began after she found herself at a public speaking event. Frightened by the crowd, she resorted to humor to get through the experience. It turned her to be a hit, and she instantaneously received offers to do stand-up comedy. Bolstered by her mother’s financial and moral support, she began performing in 1981. [3]

Since then, she has gone on to host hit talk-shows, and produce several television shows, including Repeat after Me, Little Big Shots, One Big Happy, and Bethenny, amongst others.
Fallon has also authored several books, including Home,My Point… and I Do Have One, and Seriously… I’m Kidding.