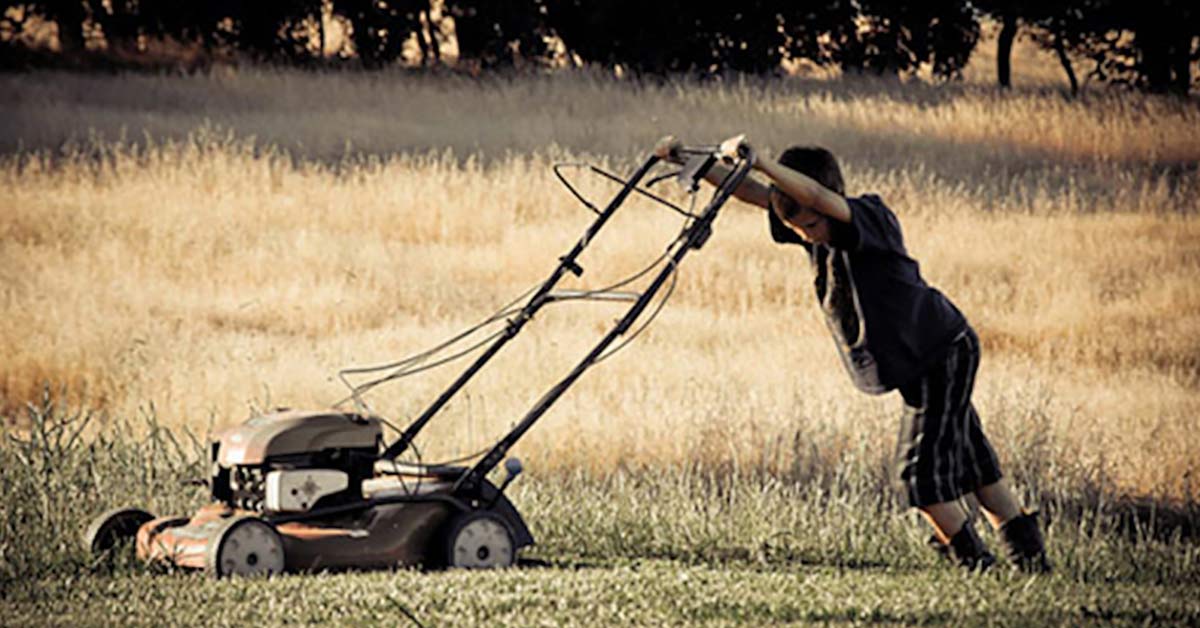 While we’re in no way trying to undermine any parent’s efforts and decisions toward their kids, kids these days are being raised with a completely different set of values, which could be why the rates of juvenile delinquency and depression are higher than they ever were.

Gone are the days when children were taught responsibility and obligation at home. Back then, kids knew what their duties were and it didn’t stop them from playing or being kids. It only helped shape them into responsible adults who contributed positively to society.  According to a 2014 survey of parents by Braun Research, 82% of parents agreed they had regular chores growing up, but only 28% require their own children to do chores at home. [1]

When I was eight, my mother gave me the responsibility of keeping the birdcages clean every day, and there were three of them. She didn’t have any problem with me going out to play hopscotch in the front yard, but it became a problem when I didn’t do my chore. I only had to clean the cages once a day and I loved it. It made me feel grown-up, which is what nearly every child wants. I remember bragging to the other kids how my mum let me do grown-up stuff because she thought I was one.

By the time I turned 10, my mother added dish-washing to my chores. As I got older, she’d switch some of the easier stuff with more taxing duties. These responsibilities helped me greatly during my formative years. I had a sense of obligation and I was able to discern, at a very young age, what was expected of me and what wasn’t. Certainly, there were times when I slipped up and made some wrong decisions as a teenager, but I always found my way back.

In retrospect, I’m grateful my mom didn’t shovel off all our duties and insist that “we had to be kids.” I never spent more than two hours doing the entirety of all my chores. When I was younger, I’d clean the bird cages in 20 minutes and return to my homework or the double-dutch corner. I grew up knowing how to take care of myself and shoulder responsibilities without complaining.

A little food for thought: If you tell a child not to play with knives, what happens when you go out to the kids’ section of the mall and everywhere is filled with real, sharp knives?

Society plays a huge factor in bringing up kids the appropriate way, and these days, they are falling short of expectations.

Schools are supposed to be making up for the deficiency children face at home, but they are only falling in line with what the parents might want. They are taking out all the amazing stuff from the extra-curricula such as assigning plants to each child for care, or arranging a buddy-homework and school yard maintenance program, only to replace them with unnecessary activities that would greatly reduce the amount of active coursework kids have to do in a day.

We’re in the era of technology where toys revolve around video games, tablets, and phones. Children spend an average of six hours a day watching television and nearly zero minutes helping out at home. [2] This would only result in a difficulty in accepting responsibility during adulthood. Also, when they have too much time on their hands as adolescents and teens, it gives room for immoralities to creep in.

It becomes a serious problem as they get older

Teenage depression and anxiety are rising at alarming rates nowadays, and it’s a wonder what exactly is affecting these children. One of the major culprits is social media, followed by not having anyone to discuss their problems with.

Too much free time would result in too much time being spent on their devices and hence, on social media. Teens, who are typically in a fragile stage of body positivity, shouldn’t spend six hours a day scrolling through edited images and feeling bad about their body figures. If they had other engagements and activities, they wouldn’t spend so much time on something as unproductive as social media.

Even colleges have followed the trend, spending outrageous funds to equip their campuses with more student activity centers for having fun and reducing “academic burdens.” College students these days do about half of the work their predecessors did about 50 years ago. Kids graduate and find it hard to adjust to the real world. They are just not used to that level of responsibility because no one gave them an insight during their formative years.

This article is in no way suggesting that children shouldn’t play or be given time to do whatever they want. However, it would be helpful if parents could find a balance between free time and chore time. [3] Responsible adults weren’t born that way. They were raised to be responsible.

The future of the world tomorrow rests with the children of today. This comes with great responsibility and we should start now to impart these essential values.