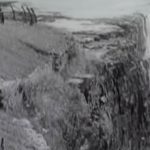 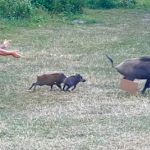 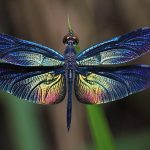 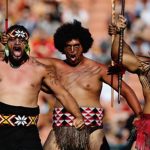 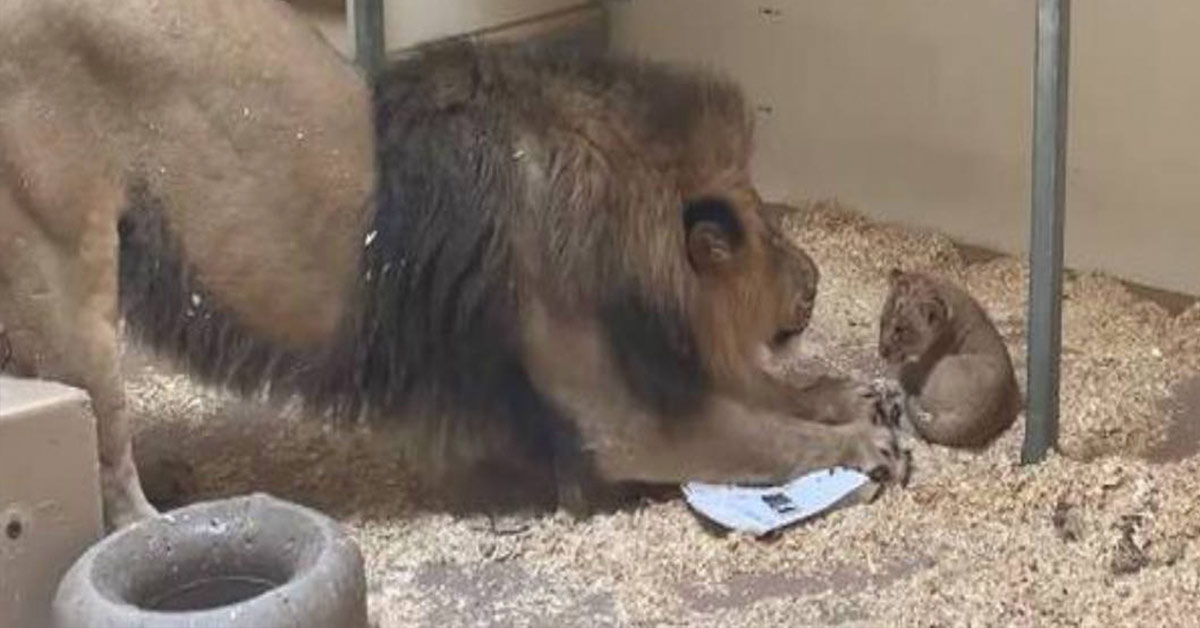 Get your tissues ready people! You’d need a lot because this is just too adorable.

In September 2019, the Denver Zoo in Colorado shared a video of a curious lion cub meeting his father for the first time, and the gentle interaction between the pair won millions of hearts on the internet. [1]

The video was posted as an episode in the #cubdates, a video series created by the zoo to show off all their adorable newborn cubs to the world.

The tiny cub was isolated with his mother until the zookeepers could confirm that he was strong enough to join the pride. He was already weighing a whole 12 pounds at 6 weeks, growing fast and according to his caretakers, curious as ever.

When the unnamed cub met his 2-year-old father, Tobias for the first time, it was a truly magical moment for everyone. The energetic little cub had been playing around, climbing all over the place as he reportedly enjoys doing. When his father prowled into the room, the cub’s curiosity took over as he’d never seen such a full mane before. The little guy stopped for a while and watched as his father crouched down gently, nosing up to him, observing his offspring and letting the cub know he was perfectly safe.

As expected, the video immediately went viral as thousands of people commended Tobias’ gentle behavior toward his young son.

A feisty cub ready to take on the world

Speaking to Bored Panda, the zoo’s director of communications, Jake Kublé said: “He’s spent the last couple months bonding with his mom (Neliah), dad (Tobias) and half-sister (Kamara) behind the scenes at Predator Ridge at Denver Zoo, and will soon make his big public debut in one of the outdoor habitats. He’s all the things you might expect of a lion cub: playful, curious, and energetic!”

In the video, the cub can be seen playing happily and climbing all over the tail of a large female in the corner. She’s not his mother but his affectionate half-sister, 4-year-old Kamara. Before the cub was let out into the public, the zoo’s regular visitors had been super-excited to get a glimpse of the sweetheart.

“Everyone is extremely excited and anxious to pay him a visit once he makes his public debut,” Jake said. “The weekly updates we’ve been posting to our social channels are met with an outpouring of “Ohhs” and “Ahhs.” [and] we’re doing our best to give everyone their cub fix while they wait to see him in person!”

The zoo later named the cub Tatu. They set up a name-voting poll for the public and shortlisted three top choices for the final stage. As described by Bored Panda, “The final choices are the following: Meru, which is the name of a mountain in Tanzania, Moremi, which stands for the name of a game reserve in Botswana, and Tatu, which is the Swahili word for the number three (as the cub is Neliah’s third offspring).”

Tatu emerged the top choice, and the name has stuck nicely ever since.

The zoo also set up a fundraiser along with the name selection to raise money to support the African lions in their care. Nearly all wild lions in the world live in the plains of sub-Saharan Africa, although a small population of Asiatic lions may be found in India’s Gir Forest. This is why all lions are generally tagged “African.”

On the International Union for the Conservation of Nature (IUCN) Red List, lions are listed as “vulnerable,” although in some parts of Africa they may be categorized as “critically endangered.” Lions are relentlessly poached for their meat and body parts which fetch a heavy sum on the international black market.

Lions were once abundant in three continents, but over the centuries, their numbers have increasingly reduced by about 88 percent of their original population. Today, fewer than 25,000 wild lions roam the plains and forests in Africa. [2]

“It’s very important to remember that half of African lions have disappeared in the last 25 years and face growing threats, such as poaching, loss of prey, and destruction of habitats in their native ranges,” Jake explained. “We hope that by seeing our little lion cub, people will be inspired and take action to help protect his wild counterparts and other wildlife around the world,” he added.

Watch the adorable video below: