Little boy picks huge, elderly cat after mom tells him to choose a new pet from the animal shelter 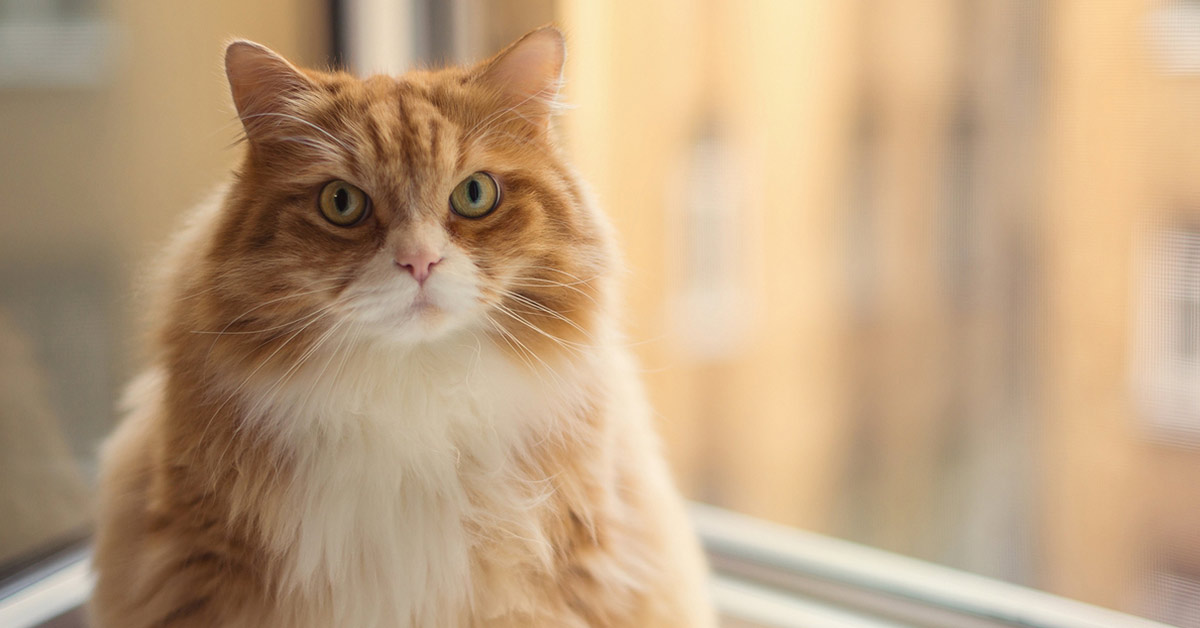 Going to the animal shelter is often a mix of overwhelming and exciting. It’s like getting a new car — that new car smell is something everyone looks forward to. Although animal shelters do not smell anything like a new car, the novelty is essentially the same…sort of.

When it comes to choosing a pet, most kids would rather pick the cute, hyperactive, fluffy, little puppies, kittens, or bunnies, but not this child. His decision, however, warmed the hearts of so many people.

A cat with an ironic name

Most pets are named based on what they look like. A dalmatian might be named Spotty, a poodle might be Pooch. Some people are so unoriginal they’ll name a bunny “bunny.” The irony of this cat’s name isn’t lost on anyone. First, he’s a senior cat at age 10, and he’s huge, so it’s confusing why his name is Tiny.

According to the Facebook page of the Animal Shelter known as the Exploits Valley SPCA, “Tiny is not a big eater, but is ‘weight-challenged’ and has a big round belly that he loves to be rubbed.“

Time for Easton to choose his new pet

Easton, a young boy in the Canadian Area of Exploits Valley, was informed that it was time for him to get a new pet from the animal shelter. He had to choose between a puppy and a cat. Easton and his mom went through the Facebook page of the shelter, and there he saw Tiny and fell in love with him. Luckily for both the boy and the cat, Easton’s mom trusted him implicitly with choosing a pet, and so she agreed with his choice of adopting Tiny.

They drove down to Central Newfoundland, Canada, where the shelter is located to meet the marmalade cat. Once there, Easton and Tiny fell in love with each other, and the boy took Tiny home with him. [1]

Match made in pet heaven

In an interview with Love Meow, Easton’s mom said, “Easton loved Tiny because Tiny loved him from the second he saw him.” Once they were done with the adoption process, Tiny was placed into a carrier next to Easton in the car. However, before they made it back, Tiny was already in need of some quality cuddle time. [2]

“On the ride home, Tiny got out of his cage and cuddled with his new owner and has been stuck to him ever since,” said the shelter. Easton and Tiny’s story went viral on Facebook within a week with over 34,000 reactions and about 13,000 shares. People were surprised to see just how big Tiny is. One of the comments on the post read, “Tiny ain’t so tiny! But what a great choice kid!”

Cuddles are Tiny’s favorite! “Tiny has a very loud, chirpy purr, and asks for nothing more than cuddles.” He loves Easton and follows him around for a chance to snuggle whenever he can. [3]

Where did Tiny come from?

The shelter took the big orange cat in with his sibling, Trinity, after their owner was forced to drop them off at the shelter to find new homes. This was due to some unforeseen circumstances that came up at their former home. They needed new homes as soon as possible because they were 10 years old, and the shelter volunteers figured it’ll be quite difficult to find a home for them. Tiny and Trinity, however, weren’t bonded to each other, which meant they didn’t have to go to the same home.

The shelter posted the cats’ story on their Facebook page so the cats won’t have to leave their foster home and come to the shelter, at least, not until it was necessary. It was assumed that finding a new family for them would be a herculean task, especially considering their age and overweight nature, not to mention how shy Tiny was. Luckily, the ginger cat found someone who loved him just the way he was. [4]

There’s someone out there for “everyone”

A very unique dog — Mr. Cornelius — had a hard time fitting in. No one wanted him because they thought he was sick and he always appeared grumpy. That was until his new family met him.

They did some research to make sure he was okay; at first, they came up with albinism. But after more research, they discovered that what he had was ‘leucism’ — a partial loss of pigmentation. As soon as they found out he wasn’t sick, they started noticing other things about him, including how much he loved baths and orange things. What’s even weirder was how much he hated other dogs. It’s not often you find a dog that hates other dogs. The only one he loves is his sister, Bowie. They are inseparable. [5]

Love hardly gets purer than the cases of Tiny and Mr. Cornelius.  Everyone loves a good story about pets. They tug so hard at our heartstrings, it might be time to adopt your own cat. Who knows what cute stories you could share with us?