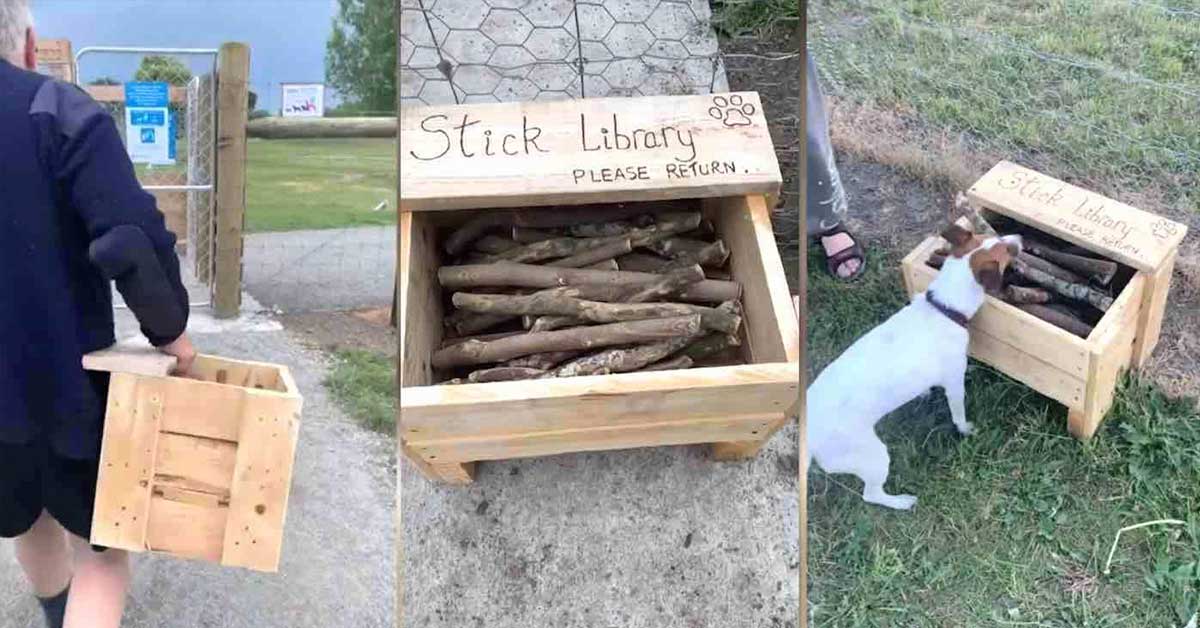 Here boy! Fetch! Good boy! This is what usually occurs every morning or evening when loving dog owners take their canine companions out for a run. It’s usually not going to be a toy or meat they are throwing. It’s none other than the trusted, good old stick.

From time immemorial, a dog’s favorite pastime has been regarded as playing fetch. It’s the first bonding a activity a new dog owner does when they get their furry friends. It’s like they’re drawn to them. So, what is it about sticks that make dogs love them so much?

Firstly, dogs are curious creatures. They possess an inquisitive nature that makes them want to find their toys. It’s incredibly satisfying for them when they find the perfect stick and bring it back to their owner.

That’s why you sometimes see them lie sticks at your feet, wag their tails, and look up at you with wide inky eyes. Whether they want you to pick up the stick and throw for a game of fetch, or just tell them what a good job they’ve done remains to be seen. Either way, it just makes them happy.

Also, dogs love sticks because it reminds them of bones — another thing they enjoy chewing on.

How safe are sticks for dogs?

This has been quite a controversial topic for some time now. While vets certainly believe sticks aren’t particularly safe for dogs, dog owners don’t seem to share that view. They don’t see how something as epic as throwing sticks for a dog to fetch could be wrong.

The vets say it’s dangerous because sometimes dogs get injured by the sticks or have splinters stuck in them which could lead to an abscess. Then, they also discuss the risk of putting dogs under anesthesia to remove sticks that are lodged in hard-to-reach or sensitive places. There’s also the issue of trees that are toxic to dogs including yew, red maple, and black cherry.

All these are probably why the President of the British Vet Association, Sean Wenshy, said stick-throwing could be “potentially life-threatening”. [1] Regardless, stick-throwing with dogs is a dog and its owner’s favorite past-time, and it will not be stopping anytime soon.

However, it could be made safer by shaving the sticks to give them smoother ends and reduce the risk of splinters. But then, who has time for that? Well, this New Zealand guy does.

Fifty-nine-year-old Andrew Taylor from Kaiapoi, New Zealand noticed there was a shortage of sticks for his dog to play with. Despite being in a dog park, his dog, Bella, had a hard time finding the perfect stick to chew on. Then, as Taylor was pruning the trees near his house, there were several sticks falling from the trees. Taylor figured he would trim them and make a ‘stick library’ for the neighborhood dogs.

According to Tayla Reece, Taylor’s daughter, “While trimming the trees, my dad found himself with a lot of dead branches and knowing from experience how hard it can be to find a good stick, and that the new dog park was opening soon, he had the idea that he would save them and put them in some kind of box.”

He engraved “Stick library – Please return” on the box and placed it in the park. [2]

The stick library was a huge success

According to Reece, the library is a hit with several people and their dogs using it daily. It was a simple yet solid plan. “As people started to arrive, there was disbelief of how simple the idea was, but it’s one of those ideas no one had thought of. ‘All the dog owners appreciate it as they all have experienced the ‘good stick search’ which isn’t always fruitful, it’s an idea that just makes sense to them,” said Reece. [3]

Talk about recognizing a demand and creating a supply for it. More people like Taylor who are proactive and innovative are needed. There’s probably another simple plan waiting around the corner for someone to just bring it to life.

One thing is for sure, if it’s for dogs, they will certainly appreciate it as it takes the simplest, but thoughtful plans to make man’s best friends happy.