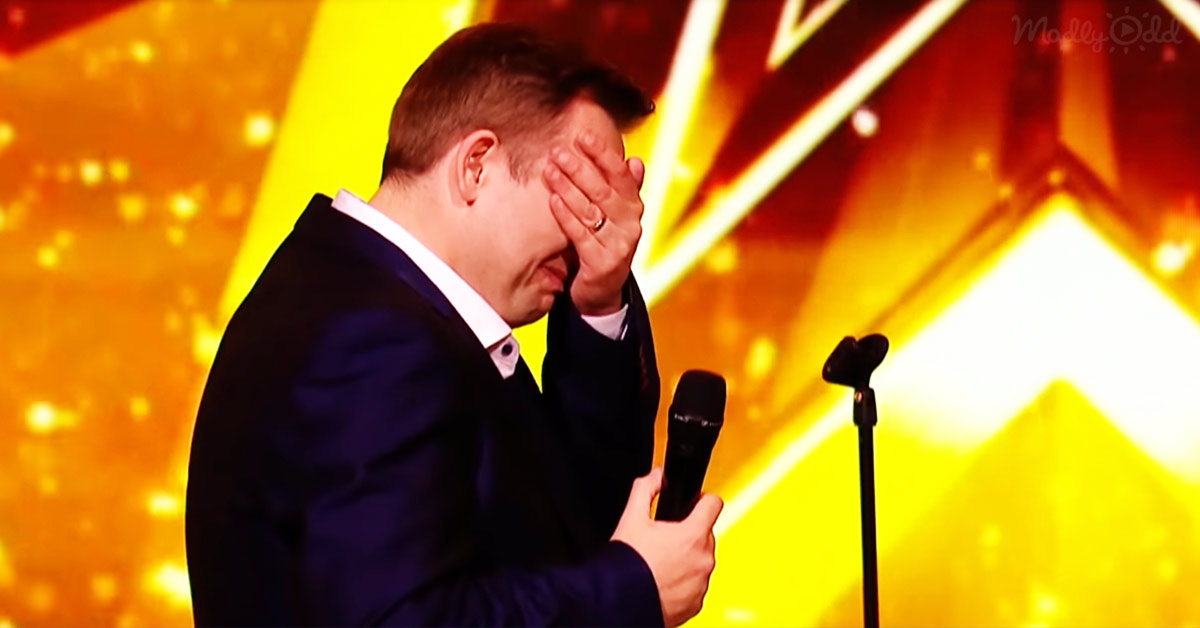 It is said that music is a universal language that can enthrall people and make them feel indescribable emotions. This holds true in every case, even during a talent show where a man’s fantastic rendition brings a judge to give him the golden buzzer.

Barry Darcy, a thirty-year-old from Cork, Ireland, recently rose to fame after an unusual appearance on Ireland’s Got Talent. He impressed not just the strict and demanding group of judges, but the audience too.

Not only did Darcy showcase his impressive vocal talent, but he also dispensed a little inspiration for those who needed it. After his amazingly haunting vocal display, he went a step further to share his profoundly troubling life story with the wider audience, triggering an amazing flow of emotions.

Darcy’s calm exterior gave no hint to the troubles he had been going through a few years before his appearance on the show. The conversation that brought the circumstances of Darcy’s ordeal to light was initiated by one of the show’s judges and music mogul, Louis Walsh.

After hitting every note just perfectly, including the high ones that are quite demanding to master, Walsh decided his impressive performance deserved the Golden Buzzer. This brought Darcy to tears.

This led to a brief conversation where he showed us that all of life’s challenges can be conquered with a little faith, strength, and resilience.

“I had a herniated disc in my back, and it crushed the nerves into my legs. I just went to get out of bed one day and fell out onto the floor. They gave me a fifty-fifty chance of ever walking again, and I took it,” Darcy said. [1]

Imagine waking up one day to learn that you may never get to walk again. According to Walsh, this experience reignited his feelings of love for his wife and children, who remained by his side throughout this ordeal. What made this moment even more special was the pride and joy that could be clearly heard in Darcy’s voice when he talked about the love and support his wife provided him.

The song Darcy chose for his performance was “The Wonder of You” by Elvis Presley, this song he said, perfectly summed up his feelings for his wife and children. Both the judges and audience were amazed at how much Darcy sounded like Elvis and the calm confidence he displayed while narrating his experience. [2]

After Walsh pushed the golden buzzer, Darcy’s family ran onto the stage to join him, prompting wild cheers and applause from the audience. Darcy’s story goes to show that with the right attitude and an unbowing spirit, we can weather even the most demanding circumstances.

In this case, not only was Darcy able to make the judges and audience appreciate his singing ability, but his personality, confidence, and enthusiasm also left a permanent positive impression on them.