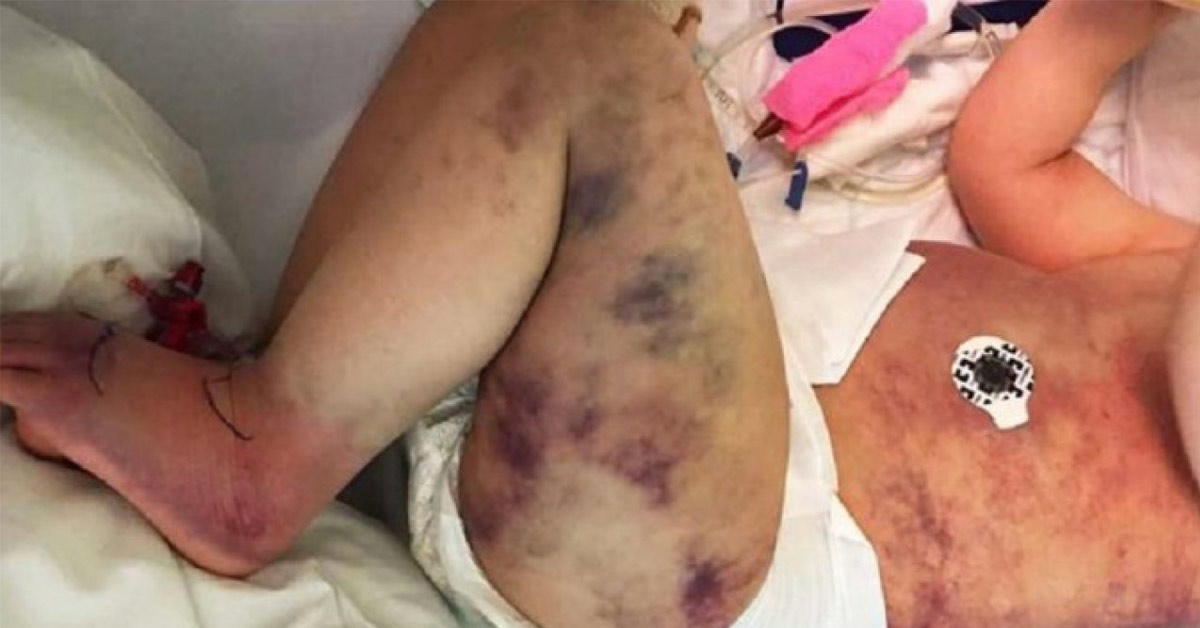 Having a wonderful picnic, spending hours outside, playing with friends, and wandering around is fun, exciting, and beneficial, especially for children. Research has shown that outdoor play has numerous mental and physical benefits for kids. Some of which includes a lower risk of obesity, better memory, improved concentration, improvements in Attention Deficit Hyperactivity Disorder (ADHD) symptoms, and better reasoning skills. But despite its benefits, we cannot totally ignore its risks.

The experience Elisabeth Nordgarden had with her three-year-old will remind all of us that there is still a need for caution when it comes to the great outdoors, even when it’s our backyard. [1]

“We thought he had been stung by a wasp”

On the day of the incident, Nordgarden and her son, Kristoffer, were enjoying a day outside in the backyard together. The toddler was running around barefoot. Suddenly, Kristoffer ran to his mother, crying. He told her his foot really hurt. Since the likelihood of stepping on broken glass was low, she assumed he must have stepped on a wasp or bee and got stung.

“Then, Kristoffer began to cry a little and climbed onto my lap. We thought he had been stung by a wasp or scratched himself on a branch,” she explained.

Fifteen minutes after Kristoffer had crawled into his mom’s lap, she noticed that his foot had begun to swell and turn blue. At this point, she became very worried for she was now certain it wasn’t a wasp sting. She hurriedly called emergency and they responded promptly.

When the medics arrived, she was told that her son had suffered a viper snakebite and that he needed antivenom to reverse its effects. [2]

“The ambulance and helicopter arrived quickly. They kept saying it was a viper snakebite, and we were transported to the hospital,” Elisabeth recalled.

Once the antivenom was administered, little Kristoffer showed signs of improvement. But this only lasted for a short while before his condition took a turn for the worse.

The blue bruising his mum had first noticed on his foot had spread out and was all over his body. He also began to bleed internally. Doctors measured his blood volume and noticed it was down to half of what is considered normal. His weight also plummeted. He went from 44 pounds to 33 pounds and was struggling to stay alive.

Thankfully, Kristoffer recovered from the bite and after two weeks in the hospital, he was able to go home. His mum who was rattled by the experience says she is more cautious of where her son plays and won’t put him at risk anymore. She is now raising awareness of the danger of snake bites, emphasizing on the importance of wearing footwear when outdoors.

Although boots do not completely reduce the risk of a snake bite, they provide a fair amount of protection against it.

“I have much more respect for vipers now, and I will ensure that my kids wear boots when they go out into areas with high grass in the future,” Nordgarden said.

It is important to stay calm

Cooler temperature ensure that vipers remain hidden, but as warmer temperatures fill the air and the sun comes out, these venomous creatures do too.

“Vipers are much more active in the summer. More people are also out in nature, and therefore there are greater chances of encountering one,” said Petter Bøchman, Norwegian zoologist and university lecturer at the Natural History Museum at the University of Oslo.

This means that we have to pay more attention to our surroundings. In the event of a snake bite, emergency room doctor Harry Achterberg has emphasized the need for victims to stay calm. And it’s not just for vipers, but for all snakes in general, venomous or not. [3]