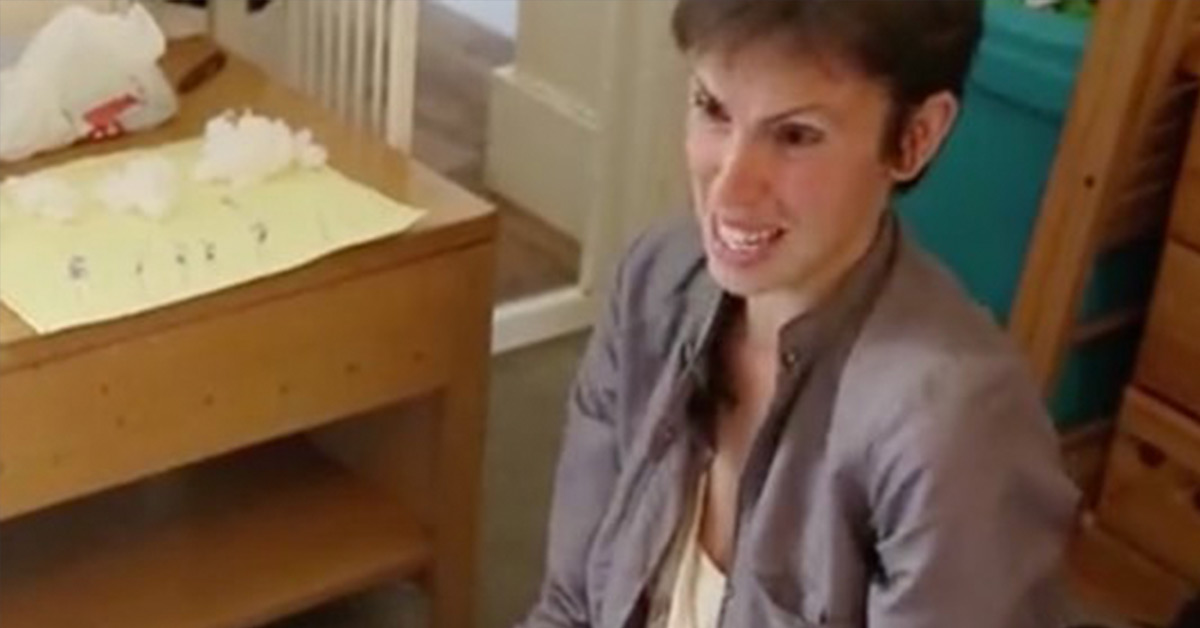 It’s never an easy job to wean a baby off breast-milk, but most mums successfully do that once their kids turn one or thereabout. Not this mum. Adele Allen continues to breastfeed her five-year-old son together with his one-year-old sister.

Adele and Matt Allen from Hore, East Sussex, are advocates of a very different parenting style to what is traditionally seen as acceptable in society. They have a strict ‘no rule’ policy that not only influences their daily lives but also dictates the way they raise their three kids: Ulysses, Ostara, and Kai Autumn.

The Allens shun all sorts of rules that are typically set up in other households. This goes beyond bedtime and curfews — which they do not even have. When Ulysses was five, he was still being breastfed by Adele. The couple saw no reason to stop him until he was ready to stop.

According to Adele, stopping breastfeeding would have to be a mutual decision between her and her children. “Since the baby came along it has decreased rapidly and we had to come to a mutual understanding that it needed to graduate down a bit, but then I wasn’t willing to say, ‘no, you need to stop now,’” said Adele.

They also do not believe in traditional education

None of their kids attend schools, rather they implement an “un-schooling” form of education at home where the kids are allowed to learn by choosing to focus on things that interest them.

While they know that reading and writing are necessary life skills, the Allens do not want traditional education to be forced on their kids. It doesn’t bother them that at his age Ulysses can only recognize basic letters and numbers.

Adele figures he doesn’t need to read or write at his age anyway. She said, “They see letters on drain covers and numbers on science and then learning happens as a consequence of just go going out in the world rather than it being forced upon them in a classroom that is not particularly inspiring.” [1]

Adele refused all forms of medical intervention during pregnancy and childbirth. She took no medication and gave birth with the Lotus Birth Method, a method where the placenta remains in place and is removed on its own.

She also gave birth to her last daughter Kai at home via an unassisted water birth. They did not vaccinate any of their children and do not believe in orthodox treatment methods.

Why has this couple chosen to live this way?

The Allens prefer to raise their kids outside ‘the system’ so that they will be more in tune with themselves and nature.

“Traditional parenting methods rubbed me the wrong way. The cry-out method for the young babies… and the baby has still got that in their DNA from when they used to be hunter-gatherers and they need to feel safe,” said Adele. [2]

Of course most people do not share their views on this

Comments from people online have been mostly bashful. One person said, “No rules? No discipline? That’s exactly what is wrong in this country.” Others weren’t quite as colorful, but they did use terms such as “lazy parenting” and “selfish parents” to describe the Allens. [3]

Eventually, they were reported to social services after their family appeared on This Morning. “Viewers were appalled, calling our children ‘feral’ and ‘out-of-control.’ Vindictive trolls reported us to social services… ‘come in,’ I told the social worker when she made a home visit. I’ve got nothing to hide. She left satisfied they were happy and healthy,” said Adele.

The Allens aren’t the only free-rangers around

British mother Sharon Spink breastfed her daughter Charlotte until the girl decided to stop at the age of nine. The mum from North Yorkshire said, “When I came to have Charlotte I had decided on natural term weaning. It’s nice for the child to be in control of when they want to wean rather than forcing the issue.” [4]

Then there’s Emma Shardlow Hudson from Grimsby who not only breastfeeds her five-year-old daughter before and after school daily but also breastfeeds her and her two-year-old son at the same time. [5]

Certainly, these free-rangers take things a bit too far; however, it is their choice and this is a perfect example of letting everyone live the lives they have chosen for themselves. And while several people criticize the family out of concern for the children’s safety, the parents truly believe they are doing what’s best for their kids.