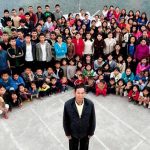 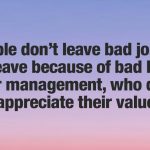 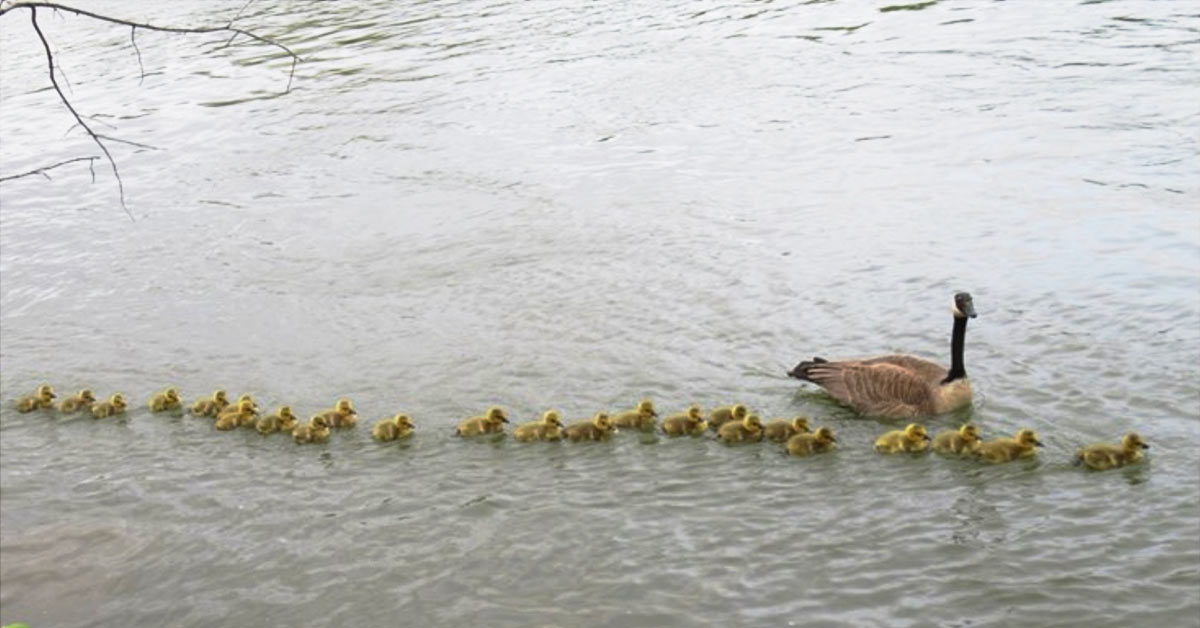 If you thought having three or four little children at home was tough, imagine what this mother goose must be going through with 47 excessively dependent goslings under her care. Can someone fix her a week’s worth of endless massages and mojitos? It won’t fix her stress but it could help her life.

As captured by a Canadian photographer, Mike Digout, this mother goose waddles through the South Saskatchewan River in Canada with 47 goslings trailing behind her. [1] Presently, no one’s really sure where she’s getting the babies from because Canadian geese lay a maximum of six eggs per season. While “gang broods” where a few parent pairs collectively herd dozens of chicks are common, this mama was sighted severally leading almost four dozen chicks on her own, occasionally with her mate. Well, Digout had some pretty interesting theories.

He first came across the unusual family when they were at almost a third of the current number. He’d been looking for ways to keep busy during the lockdown and decided to photograph beavers working along the river banks.

“Of course, there was a lot of geese activity as they were coming from the south and looking for a place to nest. It got to be quite entertaining to watch the geese fighting,” Digout wrote in a Facebook post.

Well, there was more going on in geese world at the time than unruly fights. Goslings often begin to hatch in May, and as Digout focused his energy on the little birds, he found over 16 of them clutching to one female at the same time. How?

“I was stunned,” he says. “So I started going back every night looking for this mom and her goslings, and every day it seemed like she had a bigger group.”

The family continued to grow

By May 26, Digout’s update on Facebook showed that the special mother goose now had 26 babies under her care.

He wrote: “This momma was watching 26 goslings today in Saskatoon. Must be A Catholic goose.”

By May 31, 47 goslings were fluttering around the mom. It was a strange sight for only one adult to be in charge of so many goslings, and Digout couldn’t figure out the social structure in play at the pond.

“Either it’s a gosling daycare while the other adults eat,” says Digout. “Or she has adopted–or sometimes stolen–goslings from other families.” However, if the mother goose was only taken care of them during the day, why weren’t they returning to their mothers at night?

Digout noticed that the goslings stuck to her all day, and 36 of them would curl up under her warmth to sleep at night. The mother goose had such a magnetic motherly influence, and the babies loved her dearly.

Digout is not exactly a goose exert but the strange family had him hooked on sight.

“It was such a sight to see. I just became a little bit addicted to going out every night and looking for goslings and beavers,”

He was also impressed by the mother’s patience and composure with the numerous chicks. She takes special care of each one and never got aggressive when someone got out of line.

“It was incredible how calm she was with so many goslings around,” he says. “She seems like such a patient mom.”

Geese are a naturally communal species. Although this mom is taking on an unusual number of babies by herself, adopting unrelated goslings by adult geese is not a rare phenomenon. [2]

According to Jamie Harder, an employee of Saskatoon’s Meewasin Valley Authority, gang broods can end up with over 100 geese.

“They are just such welcoming parents,” she says. “They take in whatever goslings are around.”