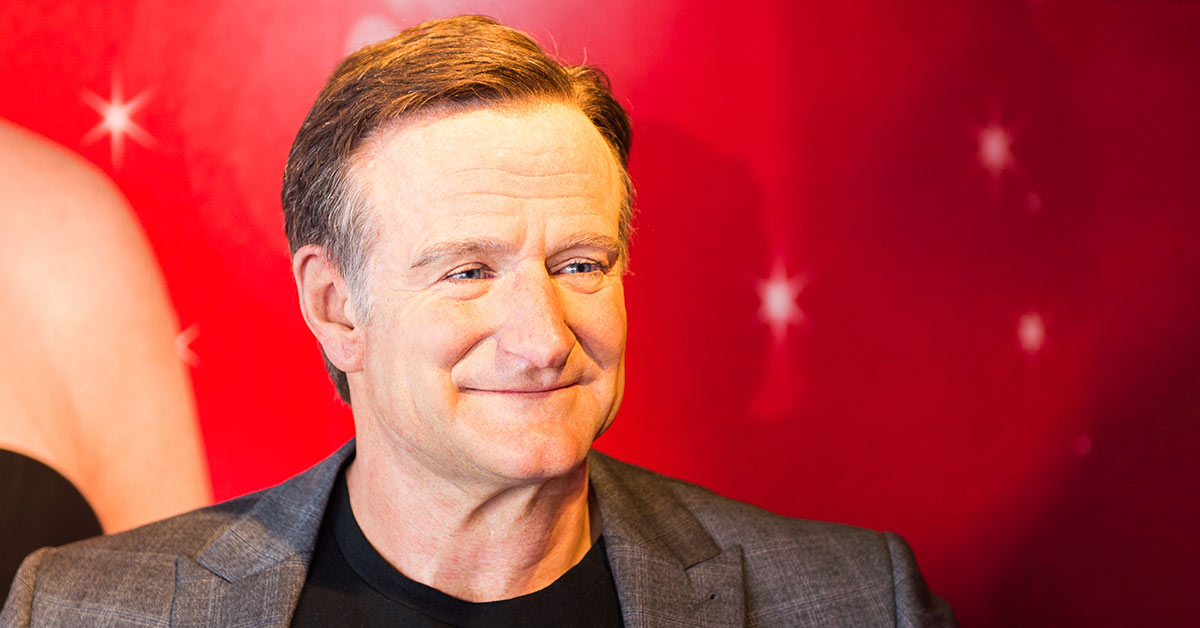 Celebrities are often portrayed to be larger than life, and it is almost impossible to think of them in any other way because of the nature of their jobs. However, they are also human beings, with the same problems, hopes, dreams, and fears as the rest of us.

Robin McLaurin Williams was an actor and comedian who rose to fame playing the alien Mork in the sitcom Mork & Mindy before creating a career in stand-up comedy and film. He’s well-known for his improvisation skills, and many fans and critics have lauded Williams as one of the funniest comedians of all time.

To prove his standing, he was nominated for the Academy Awards four times and won the award for the Best Supporting Actor for his role as Sean Maguire, a bumbling psychologist in Good Will Hunting. Williams has also received six Golden Globe Awards, four Grammy Awards, two Screen Actors Guild Awards, and two Primetime Emmy Awards during the course of his career. [1]

Unfortunately, Williams committed suicide on August 11, 2014, in his Paradise Cay home in California at the age of 63. His death was attributed to his longtime struggle with Lewy body disease, which is an umbrella term that includes Parkinson’s disease and various forms of dementia.

A peek behind the curtain

A new book claims to shed more light on Robin Williams’ struggle during his last days on earth. It shows how he had to struggle to remember his lines and other necessary information as he unknowingly suffered from a debilitating brain disorder.

In the autobiography aptly titled Robin, Dave Itzkoff seeks to answer the lingering puzzle over Williams’ sudden death and enviable lifestyle. The book reveals events that happened during his final days with most of the information gathered from firsthand accounts of some of his closest friends, family, and admirers in Hollywood. [2]

A particularly surprising account in the book was the fact that the Oscar-winning actor was unable to remember his lines while filming Night at the Museum: Secret of the Tomb, a highly successful film, and the third movie in the franchise. He regularly shared his worries with makeup artist Cheri Minns who worked closely with him while filming the movie.

“He was sobbing in my arms at the end of every day. It was horrible. Horrible,” said Minns. “At night I was on my computer, looking up, ‘How to deal with a paranoid’ so that I wouldn’t say the wrong thing. I said to his people, ‘I’m a makeup artist. I don’t have the capacity to deal with what’s happening to him.’”

However, whenever she tried to convince Williams — who was oblivious of the fact that he was fighting a losing battle with an incurable brain disease — to rebuild his confidence by returning to stand up, she said, “He just cried and said, ‘I can’t, Cheri. I don’t know how anymore. I don’t know how to be funny.’” [3]

In addition to suffering a dramatic lapse in memory, which frequently left him forgetting his lines, Williams also developed an array of other symptoms including heartburn, indigestion, insomnia, trouble urinating, and loss of his sense of smell.

The book goes on to reveal that the highly-celebrated actor was a profoundly contradictory and complicated man who engaged in a life-long battle with not just drugs, alcohol, and rampant infidelity, but an immense sense of loneliness and insecurity.

Billy Crystal, a longtime friend of Robin Williams, talks about how his friend was affected. He admitted that his friend had started showing signs of his ailment even while he was still alive and working.

“I hadn’t seen him in about four or five months at the time, and when he got out of the car, I was a little taken aback by how he looked. He was thinner, and he seemed a little frail,” said Crystal.

“He seemed quiet. On occasion, he’d just reach out and hold my shoulder and look at me like he wanted to say something. He hugged me goodbye and Janice, and he started crying,” Crystal said. “I said, ‘What’s the matter?’ He said, ‘Oh, I’m just so happy to see you. It’s been too long. You know I love you.’” [4]

Despite his unfortunate outcome towards the end of his life, many of those who spoke about Williams concur that he lived to work. His first wife, Valerie, once summed him up as a ‘stimulus junkie’ who was addicted to performing in front of an audience any chance he got.

“He operated on working. That was the true love of his life,” said Minns. “Above his children, above everything, if he wasn’t working, he was a shell of himself. And when he worked, it was like a light-bulb was turned on.”

Lewy body dementia is being currently researched without conclusive results.

In the book, Minns described what the disease must’ve felt like for Williams. “I put myself in his place. Think of it this way: The speed at which the comedy came is the speed at which the terrors came. And all that they described that can happen with this psychosis, if that’s the right word — the hallucinations, the images, the terror — coming at the speed his comedy came at, maybe even faster, I can’t imagine living like that.”

Susan Schneider, William’s wife, is using her situation to raise awareness for Lewy body dementia. She serves on the board of directors for The American Brain Foundation.

She has a message to anyone who had tried to help her husband during the difficult period before his death.

“I just want everyone to know that… everyone did the very best they could,” she said. “This disease is like a sea monster with 50 tentacles of symptoms that show when they want. And we can’t find it until someone dies definitively. There is no cure.”

The book is available on Amazon.