They are alive! New study finds that trees have feelings and can communicate with other trees, as well as take care of each other 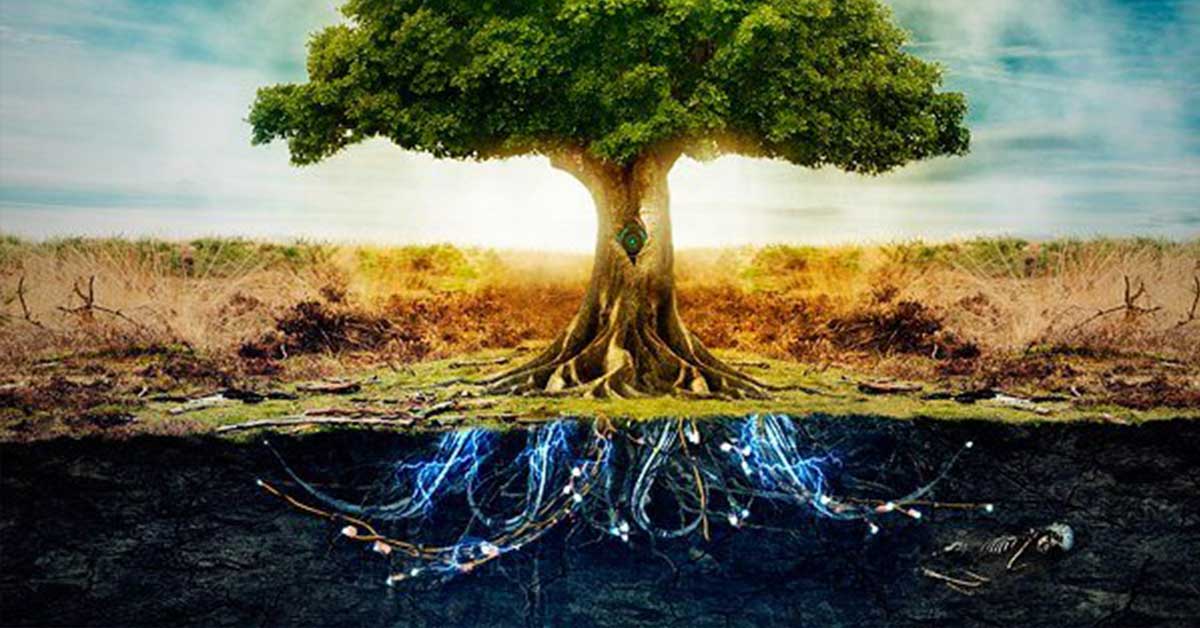 There’s more to trees than what meets the eye, and this isn’t just a pun about their deep roots. A recent study shows that trees not only have feelings but also make friends and look after each other.

“Tree Whisperer” Peter Wohlleben is a German researcher who has dedicated his life to studying trees and has found out some astonishing facts about them.

“They can feel pain, [and] have emotions, such as fear. Trees like to stand close together and cuddle. They love company and like to take things slow. There is in fact friendship among trees. They can form bonds like an old couple, where one looks after the other. Trees have feelings,” said Wohlleben. [1]

Wohlleben, who is a forester at Eifel Mountains in West Germany, is not just making baseless assumptions. His work was backed by researchers from the RWTH Aachen University who studied the trees in the forest Wohlleben managed.

More than just feelings, trees also communicate through a system some people call the “Wood Wide Web” or “Tree Internet,” the underground social network of plants.

Trees help each other stay alive by working together to create a sustainable ecosystem to withstand the elements.

“About 20 years ago, I began to organize survival training and log-cabin tours for tourists. In conversations with the many visitors, my view of the forest changed,” said Wohlleben.

“Visitors were enchanted by crooked, gnarled trees I would previously have dismissed because of their low commercial value. I began to notice bizarre root shapes, peculiar growth patterns, and mossy cushions on bark. Suddenly, I was aware of countless wonders I could hardly explain, even to myself.”

He made several points to prove his claims, such as how trees live in communities, how they warn each other of danger, and how young trees are kept in check by their mothers.

Interestingly, trees can scream when they are thirsty. However, you are not going to hear these “screams” because they occur at ultrasonic levels.

Scientists at the Swiss Federal Institute for Forest, Snow, and Landscape Research explained that the screams are vibrations in the trunk when the water flow from the roots to the leaves is interrupted.

Also, scientists from the University of Western Australia discovered that the roots of grain seedlings crackle at a frequency of 220hz, which prompts the roots of other seedlings to turn their tips toward that direction. [2]

Is the movement of trees a real thing?

It certainly is. Flowers aren’t the only plants who have a range of active, purposeful movement. For instance, it is a given that sunflowers follow the sun’s movement, however, is it the same for trees? Studies have shown that trees can lower and raise their branches in a manner akin to them having a heartbeat of some sort.

A 2016 study showed that the birch tree follows a circadian rhythm in its movements. The branches can move up to 9 cm downwards at night and comes back up at sunrise.

The movements were not influenced by local factors since the study samples — which were separated by a distance of 2,000 kilometers — showed the same behavior. [3]

Dr. Andras Zlinszky and his team at Aarhus University Denmark support this claim. He studied 22 species of trees using 3D images created with terrestrial laser scanning (TLS) over 12 hours. The images were then studied to figure out if there are any nocturnal changes in shape.

Their results confirmed their suspicions; at night some trees lower their branches by up to four inches but raise them again at sunrise. The slow and subtle process was thought to be a feature of only certain types of trees but they found out it was quite a widespread phenomenon, occurring in several species of trees.

According to Zlinszky, “We detected a previously unknown periodic movement of up to 1 centimeter (0.4 inches) in cycles of two to six hours. The movement has to be connected to variations in water pressure within the plants, and this effectively means that the tree is pumping. Water transport is not just a steady-state flow, as we previously assumed.” [4]

This is a documentary by Wohlleben, and an ecologist from the University of British Columbia, Suzanne Simard. The documentary shows a side of trees most people have never seen. The film explores the intricacies of the forest floor on which the trees grow, from the network of roots to the fungal threads beneath, to how it all affects the individual trees.

Public reception to the documentary has been amazing

This is a must-watch, not just for nature lovers, but for everybody. The documentary has been described as “a small scientific revolution” by Télérama, a French culture and television magazine.

One of the comments on social media read, “Everybody should see this movie. So that humanity finally realizes that trees, plants, and animals are our partners in life. Because the way humanity deals with these creatures nowadays is not how you should be treating your partner…” [5]

Click on the link below to watch the trailer

Truly, the fact that trees have such a special layer to them is incredible.

And although their movements are not as blatant as the stone-throwing ‘Ents’ of Lord of the Rings, they are still very impressive.