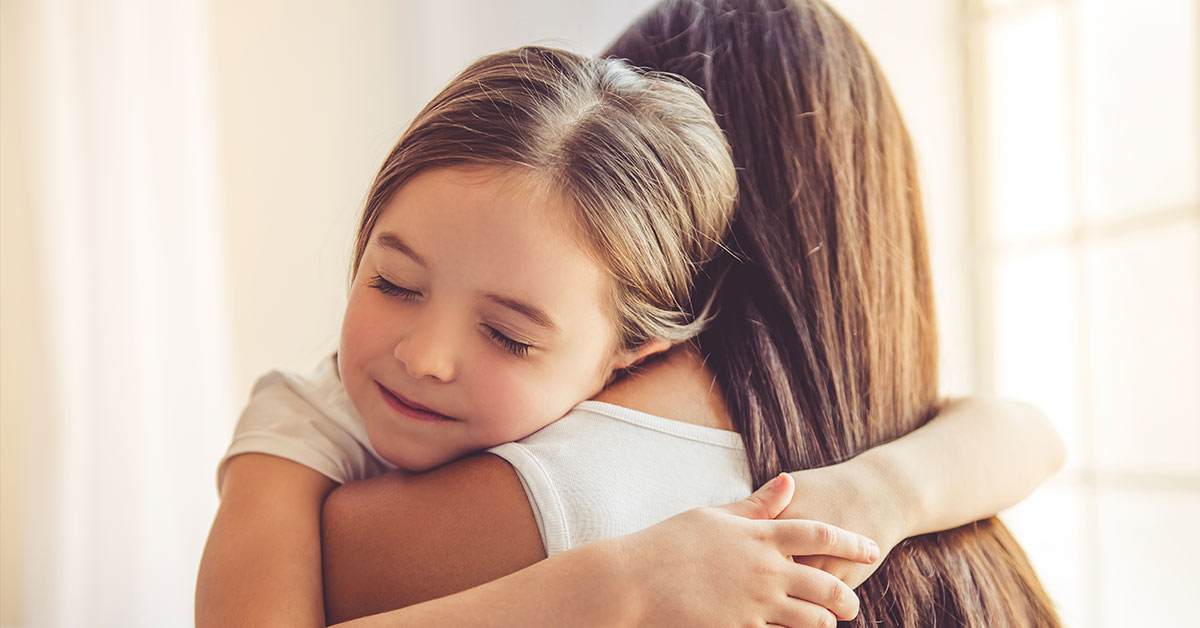 Nothing makes someone feel more protected than being enveloped in a warm hug. Receiving hugs as well as giving them can instantly lift your mood and make you feel very happy. One would think that the only benefits of hugging are the feelings of security and being loved, but now, studies have shown that there’s another incredible thing we stand to gain from giving hugs.

Could it get any better?

It seems so. According to scientific research, hugs can make us smarter. Well, that is for kids, as the study was limited to babies. The study revealed that kids who get more hugs have more developed brains.

How exactly does touch help to develop babies’ brains?

Learning goes beyond studying, so there has to be a way babies “learn” before they’re able to go to school and study in a more traditional sense. When babies are born, they’re essentially ‘blind.’ They’re unable to take in the world around them at that moment. However, they’re constantly swinging their arms around, feeling for things. This means that their first sense is touch.

Dr. Susan Chowe, an obstetrician and director of outpatient breastfeeding medicine services at Lucile Packard Children’s Hospital said, “Even for babies born by cesarean section, skin-to-skin time right after delivery can be a wonderful, strong start for both mother and baby.”

She went on to list the nine instinctive stages babies experience after birth, “birth cry, relaxation, awakening, activity, resting, ‘crawling’ (a shifting movement toward the breast), familiarization, sucking, and sleep.” [1] This goes to show that in addition to their brains developing, babies also form stronger bonds with their mothers from touch.

In 2017, a survey was carried out at the Nationwide Children’s Hospital in Columbus, Ohio. It involved 125 babies born at full-term (38–42 weeks) and premature babies (24–36 weeks), whose reactions to physical touch were examined. The researchers measured the babies’ brain responses with soft EEG (electroencephalogram) nets which were stretched over their heads. Results showed that premature babies responded to affection less than full-term babies.

Through the specialized imaging technique, they discovered that touch registers in the somatosensory cortex. They found out that a baby’s somatosensory brain function is shaped by their first experience of being touched. That being said, skin-to-skin contact, which is a great form of “perinatal somatosensory stimulation” leads to long term healthy brain development.

Nevertheless, they found out that stronger brain responses were elicited by babies who received more affection from parents or hospital staff. Not only were researchers surprised to discover that the perception of touch by premature babies can be affected by early medical procedures, but also that hugs can help to offset those negative results.  Ultimately, the “brain response to touch was stronger when babies in the NICU spent more time in gentle contact with their parents or healthcare providers.” [2]

Researcher, Dr. Nathalie Maitre said, “Making sure that preterm babies receive positive, supportive touch such as skin-to-skin care by parents is essential to help their brains respond to gentle touch in ways similar to those of babies who experienced an entire pregnancy inside their mother’s womb.”

Unfortunately, when a baby is stuck in the NICU, the parents might not be able to give those hugs. Dr. Maitre addressed that issue in her interview with Science Daily. She said, “When parents cannot do this, hospitals may want to consider occupational and physical therapists to provide a carefully planned touch experience, sometimes missing from a hospital setting.” [3]

Other studies that show how beneficial hugs are for babies

In 2014, a study by Dr. Ruth Feldman, a professor at Bar-Ilan University, showed that “Maternal preterm skin-to-skin contact enhanced prematurely-born infant’s physiological organization and cognitive control throughout the first 10 years of life.”

Additionally, according to research from the Washington University School of Medicine in St. Louis, “Children whose mothers nurtured early in life have a larger hippocampus.” This means that providing them with loving environments indeed does wonders for their brains. [4]

Oxytocin — also known as the “hug hormone,” the “love hormone,” or the “cuddle chemical” — is a  hormone produced in the hypothalamus and secreted into the bloodstream by the pituitary gland. Its two main functions are contraction of the womb during childbirth and lactation. [5] There is a rise in the level of this hormone during breastfeeding, hugs, and orgasms.

It has also been shown to encourage bonding between a mother and her baby. This was supported by a scientific study posted in the American Psychological Association. The study tested pregnant women at different stages. These stages included the first trimester, the third trimester, as well as the first month after birth. Results showed that women who had high levels of oxytocin during the first trimester bonded better with their children. Also, they discovered that the women whose oxytocin levels remained high during the pregnancy and a month after developed closer relationships with their children. [6]

All in all, children thrive in environments in which they are always receiving hugs and other forms of affection. Receiving hugs does amazing things to a child’s cognitive and emotional development. Also, hugs don’t just feel amazing for the receiver, it also feels incredible for the giver as well. After knowing all this, there shouldn’t be any reason why you wouldn’t want to gather your little one in your arms and give them the biggest bear hug ever.