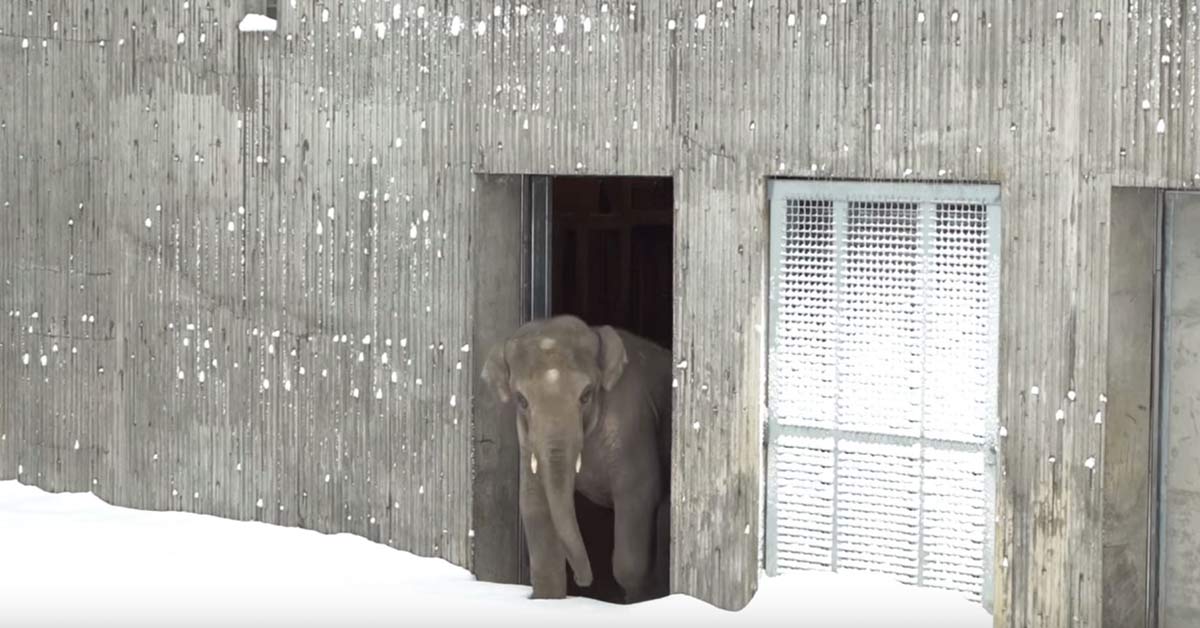 Many people love the winter, the gorgeous landscapes, the snow-covered trees, skiing, and of course, the hot chocolate. It seems like humans are not the only ones who enjoy the winter; animals love it as much as we do.

The Oregon Zoo, located in Washington Park, Portland, is the oldest zoo west of the Mississippi River. It was founded in 1888. With a vast array of animals from goats to polar bears, the zoo is certainly a nice place to visit. Most times, winter precipitation in Portland falls in the form of rain. Measurable snow is only seen for a few days.

Since it was opened, the zoo has been closed for at least five days because of the weather. However, on January 11, 2017, the city was covered in more than a foot of snow, including the 64-acre zoo. It was the biggest snowstorm in the area since 2008. [1]

The snow somewhat crippled the area; businesses and public schools were closed, people couldn’t drive, flights were grounded, and the zoo was closed for that period. The zoo being shut down isn’t as bad as it sounds. Zookeepers were still available to care for the animals.

According to the official Oregon Zoo website, “Snow turns the Oregon Zoo into a winter wildlife wonderland. Some species are winter specialists, while others are just curious, and choose to come out to explore. When they are done playing, all of them have toasty indoor areas to return to. Winter weather brings an exciting new world for animals to explore and play in, making snow days ‘otterly’ enjoyable.” [2]

The animals at the Oregon Zoo have a blast

What should have been a boring, cold, and drab day turned into a fun time for most of the animals at the zoo.

Visitors weren’t allowed in that day, but a local zookeeper was worried about the animals and decided to check up on them. He had to ski down to the zoo since he couldn’t drive because of the snow. It was such a happy zoo that he entered. And the sound of animals having fun had to be music to his ears.

One can only imagine how good Nora, the polar bear, must have felt. It must have been akin to living in the Arctic. She went out and started to roll around in the snow. She wasn’t the only one having all the fun; the otters and sea lions also took advantage of the weather. They hopped out of the water, lay on the ground, and let the snow fall onto their bellies.

The video from the zoo’s surveillance system went viral with millions of people viewing and sharing it. It is safe to say that people enjoy watching animals goof around in the snow. [3]

The elephant wasn’t left out

It might surprise you to know that it wasn’t just the animals who are typically known to love cold weather, like polar bears, that appreciated the snow day. Samudra, an elephant at the zoo surprised everyone with how much she loved the winter. She ran through the snow and dove right into the cold water. Her sounds of pure joy are so sweet that you’re not able to stop the smile from spreading across your face. [4]

Why do animals love to play in the snow?

Probably for the same reasons we do. Snow comes with a host of fun activities and picturesque landscapes that we all enjoy. It might also have something to do with the novelty of the snow. Animals become curious, which makes them want to go out and explore the new look of their environment.

Con Slobodchikoff, animal behaviorist from Northern Arizona University, said, “Snow is cold, it’s invigorating, it’s energizing. It feels good on the skin or fur. When you have that combination and couple it with animals’ love for play, animals just really enjoy making up a game in the wonderful background.”

Also, there’s a kind of play known as object play.  According to Vint Virga, a veterinary behaviorist, “It’s possible the animals are thinking of the fresh snow as a new toy to play with.” [5]

Regardless of what their reasons may be, the fact remains that most animals love playing in the snow as much as we do. You can check out the videos of animals making snow angels on YouTube. They don’t quite get the angel form right, but it’s so cute to watch them try.