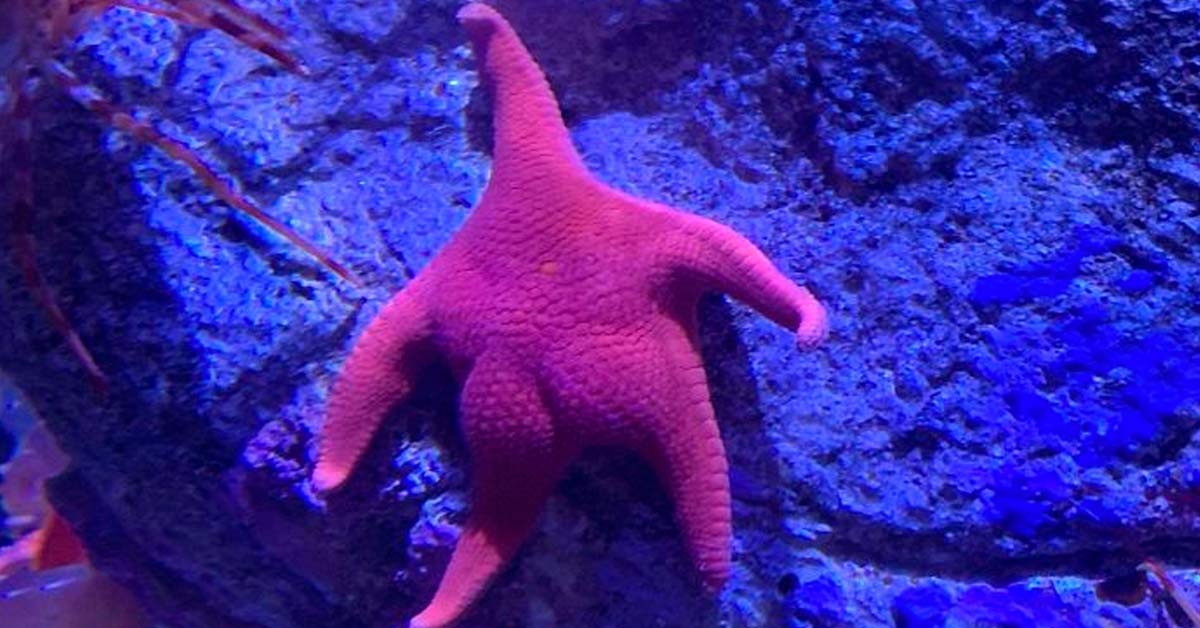 People often ascribe human nature and characteristics to animals or even inanimate objects as a way to make sense of the world around them. This tendency makes us give our pets and car names and personalities, and express surprise when we see a starfish with a ‘big butt.’

Here’s something you don’t see every day, an image of a starfish at an aquarium that has gone viral for being… thicc. The photo, which was posted by a Twitter user, @Babyshoujo, shows a pink starfish at the Aquarium of the Pacific in Long Beach, California.

However, people can’t help but notice that instead of the typical drab exterior starfish are known for, this specimen has two lumps that make it appear as if it has a giant butt. The image was uploaded on June 30 with the following comment:

You could say that this starfish has succeeded in becoming a star celebrity as its picture has been shared and commented on by hundreds of thousands of people online ever since it was uploaded. Many people seem surprised by how much the starfish looks like Patrick Star, a character in the popular cartoon SpongeBob SquarePants, who is also a pink starfish. [2]

Why does the starfish look like it has a big butt?

According to Nate Jaros, curator of fish and invertebrates at the Aquarium of the Pacific’s Northern Pacific Gallery, the viral starfish in question is a vermillion sea star that lives in the Gallery’s Deepwater exhibit.

Despite the creature’s distinctive appearance in human terms, there’s nothing strange about that look on a starfish, says Christopher Mah, an invertebrate zoology research associate at the Smithsonian National Museum of Natural History.

“It is totally not a butt,” Mah says through light laughter. “The swollen areas, even though people kind of interpret two of those areas as buttocks, there are five of them. And all five of them are the regions where all of the animal’s guts are located.” [3]

The more technical explanation goes like this: Starfish are star-shaped echinoderms — a group of marine animals known for their unique water vascular systems. They have no blood; instead, seawater circulates through their bodies.

Mah explains that the appearance of two cheeks on those two specific ‘legs’ was just a perfectly timed picture of when the starfish was swollen with water. Also, unlike most land animals and humans that have different kinds of limbs, the starfish five limbs are all the same.

This isn’t the first time we are guilty of ascribing personal human values to vermillion sea stars as Reddit users marveled at a similar-looking starfish early last year, which also looked fairly swollen in the right places.

Despite the error, it is a positive thing that we have this obsession with looking for humanlike looks, behavior, and mannerisms in animals and nature.

“I think people are so withdrawn now from nature that maybe they need to see these things,” Mah says. “They find themselves drawn to natural history and marine animals. Even if they’re kind of made into cartoons, they’re at least kind of a connection to nature.” [3]