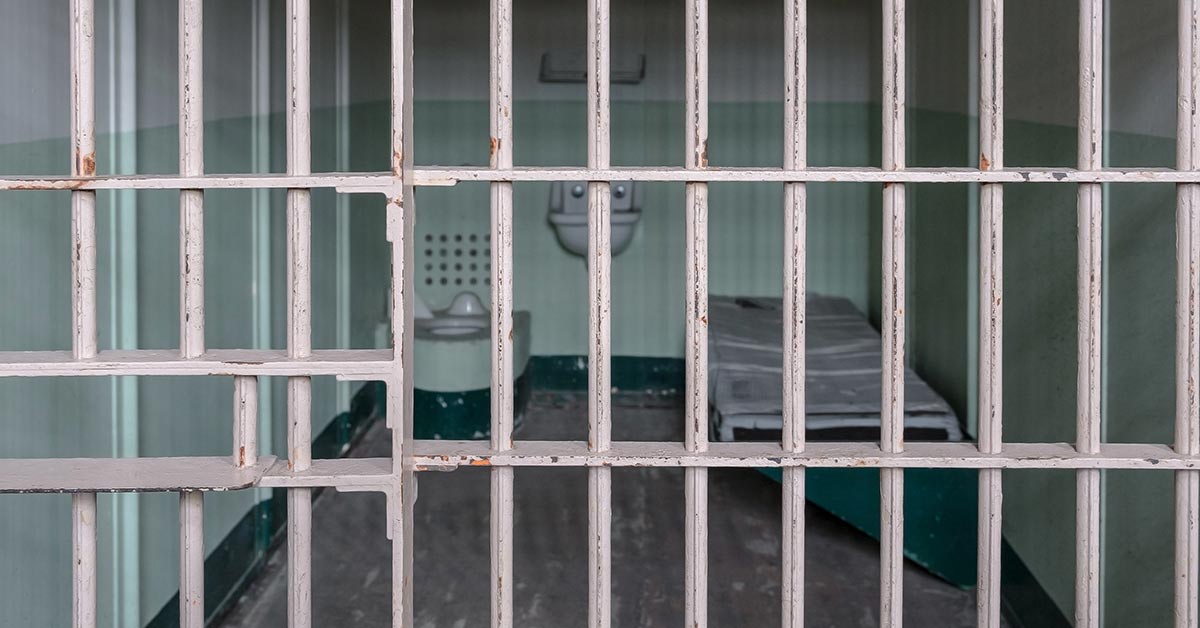 Benjamin Schreiber, an Iowa prison inmate serving a life sentence, suffered septic poisoning that caused his heart to stop. Doctors worked to resuscitate him, losing him five times over until he was stabilized. In his opinion, his life sentence ended when his heart stopped for the first time. [1] Technically, he might make a bit of sense, but his argument has been proven to be “unsustainable” in several courts.

In 1996, the 66-year-old was sentenced to life imprisonment for the gruesome murder of 39-year-old John Tale, whose body found near an abandoned trailer in Agency, Iowa. Schreiber had been 43 at the time when he was found guilty of hacking Tale to death with a pickaxe after plotting the murder with Terry’s girlfriend. He was found guilty of first-degree murder, and in 1997, received a life sentence without parole. Schreiber has been in prison ever since.

In 2015, eighteen years later, Schreiber collapsed in his prison cell from septic poisoning. He had kidney stones so large that his body excreted internally. The doctors resuscitated him at the hospital and reported that his heart was restarted about five times. So technically, he’d died and was brought back to life.

Schreiber took advantage of that argument three years later in 2018 when he petitioned the court to withdraw his conviction and cut him loose. He argued that his life sentence ended the day he died. Luckily for him, he was brought to life to start another phase, and in this new life, he had no sentence.

He’s not getting off that easily

The judge who received Schreiber’s petition overruled it, stating that it was “unpersuasive and without merit.” Schreiber wasn’t going down that easily. He accused the state of incarcerating him illegally and got his lawyer to take the case to the Iowa Court of Appeals. Unfortunately for him, the appeal court upheld the lower court’s ruling. [2] As long as he was still breathing and functioning normally as a living person, his sentence holds.

Until Schreiber is pronounced dead by a licensed medical examiner, the prison would remain his abode.

The judges stated that there was no case law ever recorded in ancient or modern history to help Schreiber’s cause. He simply cannot be alive while claiming to have ended ‘one’ life. Philosophically, he may have a case but in a court of law, his trick would have no effect.

“Schreiber is either alive, in which case he must remain in prison, or he is dead, in which case this appeal is moot,” Judge Amanda Potterfield wrote. “We do not believe the legislature intended this provision […] to set criminal defendants free whenever medical procedures during their incarceration lead to their resuscitation by medical professionals.”

Schreiber again insisted that he’d been resuscitated contrary to his DNR decision. He had chosen not to be brought back to life if he was ever at the brink of death. The court also overruled that angle after confirming that his brother had signed off on his resuscitation. The doctors had contacted Schreiber’s brother for permission to administer intravenous adrenaline and epinephrine.

Schreiber remains an inmate at the Iowa State penitentiary. He fought a smart fight, but sadly, if loopholes in the law exist, they are not that easy to find.