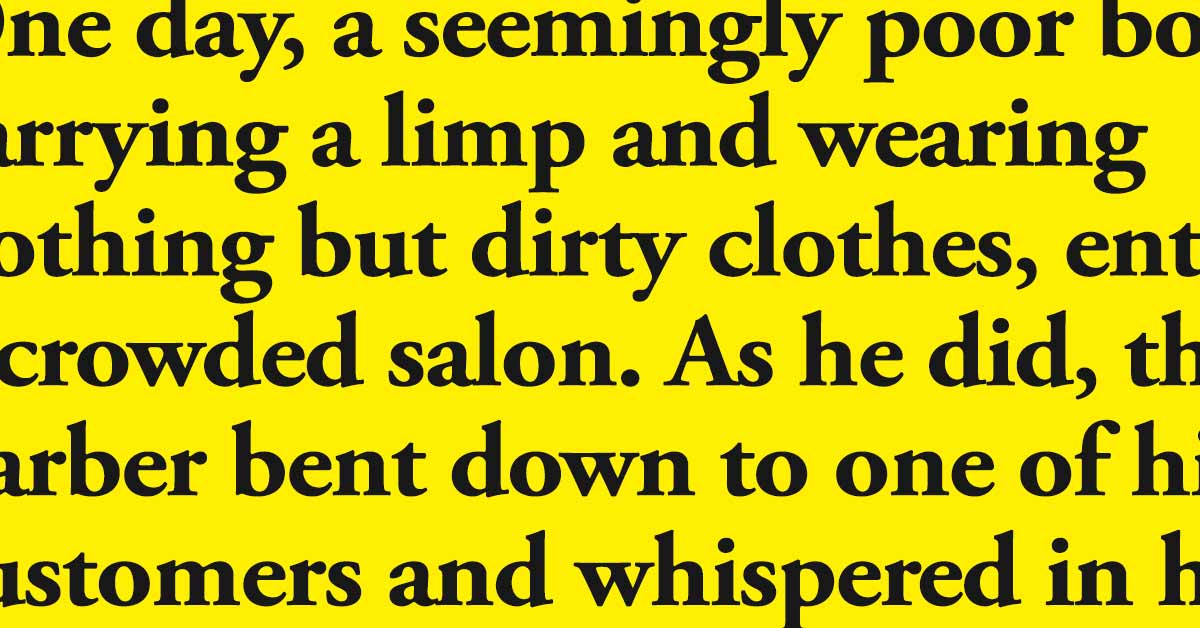 Who doesn’t like a good joke? Most of us spend a good amount of our time browsing through the latest meme or cat videos. Well, here is a funny one about the time a barber was having a good laugh at a child’s expense, but we learn everything is not as it seems.

It’s easy to underestimate children; after all, they are little, innocent, lovable, and prone to immature quirks. This perceived vulnerability adds to their charm and can sometimes lead to some pretty funny situations.

Take for example the joke about a young boy who is being made fun of by a mean-spirited barber. In the beginning, it looks as if the barber is having a good laugh at the child’s perceived naivety, but we learn that it’s not the child who’s the naive one.

Here’s a joke to brighten your day

A young boy in ragged clothing enters a barber shop, and the barber whispers to his current customer, “This is the dumbest kid in the world. Watch while I prove it to you.”

The barber puts a dollar bill in one hand and two quarters in the other, then calls the boy over and asks, “Which do you want, son?”

The boy takes the quarters and leaves.

“What did I tell you?” says  the barber, laughing. “That kid never learns!”

A short while later, the customer leaves the shop and walks out into the street. He sees the same young boy coming out of the ice cream store. “Hey, son! May I ask you a question? Why did you take the quarters instead of the dollar bill?”

The boy licks his cone and replies, “Because the day I take the dollar, the game is over!” [1]

Sometimes, a perceived disadvantage can be your strength if you know how to work it to your advantage. From this joke it would seem that not all barbers are as friendly as they seem on television.

What do you call a barber who bullies?

Just last year, a mom came online, claiming that a barbershop was bullying her son after he complained about his haircut. Apparently, they had done a lousy job and gave him a Dumb and Dumber bowl haircut that made him look… well, dumb.

The victim, Aiden Bowness, 17, criticized Brazua Barbers on Newtown Road in Carlisle, Cumbria, saying they had left him with an embarrassing haircut. He had brought a picture and explained he wanted a simple trim in the back and the sides. Somehow that wasn’t clear enough for his barber who cut his hair for almost an hour.

However, the salon owner Flamecia Santiago decided to put a spin on the situation by openly inviting customers in to get the ‘bowl haircut,’ which they branded as “Stupid and Stupider.” [2]

The barbers didn’t stop there. Soon after, they posted a sarcastic post showing several customers getting their hair cut with bowls on their heads, claiming that their salons were beseeched by customers demanding for the ‘new craze.’

As you would imagine, this didn’t go too well with Bowness’s mom, who posted, “I’m disgusted by it to be honest. I can’t believe a professional company would do that. They are taking the mick out of him and even one of their staff is publicly calling him ugly on social media. That’s an awful thing to say.” [3]

What do you think? Did they go too far this time?