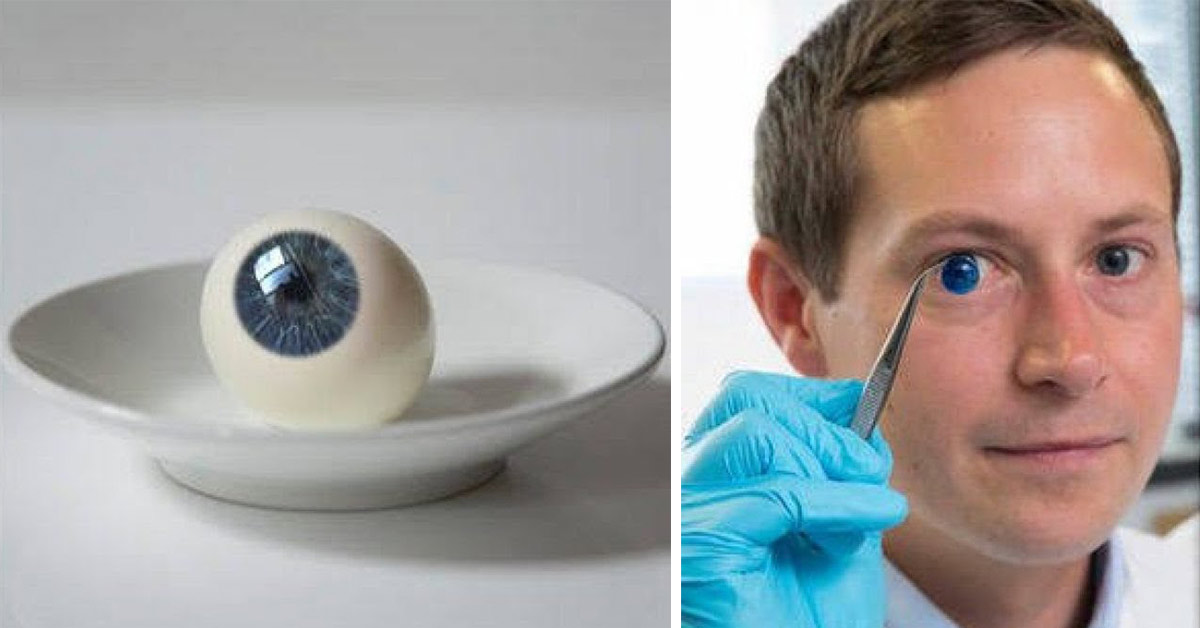 2020 started off with some unbelievably good news for the eye health industry. Scientists at Newcastle University have developed the world’s first 3D-printed human cornea to facilitate transplantation and hopefully cure blindness.

The cornea is the outermost layer of the eye that covers other major parts and is responsible for refracting light rays. If your cornea is damaged or genetically functioning badly, your vision will certainly be affected. Corneal transplants are a fairly common medical procedure where a damaged or diseased cornea is replaced with a healthy one from a donor. Vision problems caused by thinning or scarring of the cornea from severe infections or injuries would often require a transplant. [1]

Unfortunately, there is a limited supply of real human corneas for transplants and statistics show that there are 10 million people in the world waiting for corneal transplants. Injuries such as burns, scalds, blunt force trauma, abrasions, and several diseases have left five million people totally blind with absolute corneal damage.

Stem cells, yet again, have proven to be the source of second chances for humans in this recent study published in the journal Experimental Eye Research. [2] These stromal cells (corneal keratocytes, the most abundant type) were taken from the human cornea of a healthy donor and combined with methacrylate type-I collagen and sodium alginate to create a 3D-printable bio-ink. Alginate is an organic acidic distributed in the cell walls of brown algae and is widely used in impression-making material works such as prosthetics and casting.

The bio-ink was fed into a low-cost 3D-bio-printer, accompanied by a gelatin slurry to enhance the printability of the low-viscosity ink. The corneal structures were extruded at six different air pressures — 180 KPa, 15 KPa, 40 KPa, 20 KPa, 15 KPa, and 10 KPa — to facilitate the printing of several compositions of the bio-ink.

A functional corneal prosthetic was printed layer-by-layer in concentric circles in about five minutes. The concaves and undercuts of the human cornea were perfectly replicated in the 3D model, which can refract light as well as a real one. The stem cells were also shown to culture massively within a day of printing.

Lead scientist, Che Connon, Professor of Tissue Engineering at Newcastle University, said: “Many teams across the world have been chasing the ideal bio-ink to make this process feasible. Our unique gel — a combination of alginate and collagen — keeps the stem cells alive whilst producing a material that is stiff enough to hold its shape but soft enough to be squeezed out the nozzle of a 3D printer. This builds upon our previous work in which we kept cells alive for weeks at room temperature within a similar hydrogel. Now we have a ready to use bio-ink containing stem cells allowing users to start printing tissues without having to worry about growing the cells separately.” [3]

Not ready for commercial distribution

This technology has not been successfully translated to the clinics and it would be several years before testing and approval are concluded.

The study’s authors also demonstrated the customized printing of the prosthetic cornea to match a patient’s unique eye specification. The only requirement from the patient is a scan of their cornea. The information would be used to rapidly print a prosthetic to perfectly suit the patient’s eye.

“Our 3D-printed corneas will now have to undergo further testing and it will be several years before we could be in the position where we are using them for transplants. However, what we have shown is that it is feasible to print corneas using coordinates taken from a patient eye and that this approach has the potential to combat the worldwide shortage,” Channon said.

Science has come through once again. It’s incredible how in just a few years, blindness could be largely reduced as millions of people would finally be given another chance at sight. To be born blind is a horrible situation for anyone, but to have ever been able to see and lose your sight is an indescribable pain. Eyesight is golden.