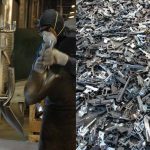 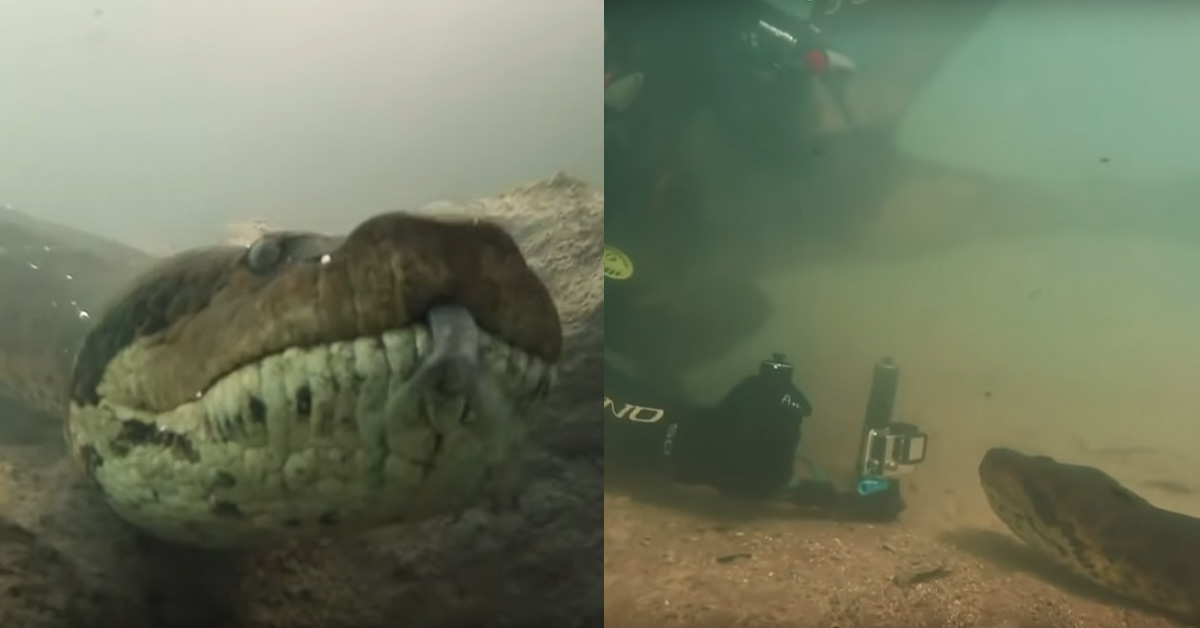 Brazilian scuba diver Bartolomeo Bove has proven to the world in an incredible video that the largest species of snakes, the giant, green anaconda, are not aggressive as they are often misunderstood to be.

In the Formoso river of Mato Grosso do Sul, Central Brazil, Bove and his friend Juca Ygarape were scuba diving when they had a meeting with a friendly seven-meter-long (23ft) anaconda. [1] They estimated its weight to be at about 200 lbs. Bove, a professional underwater videographer, was determined to get some exclusive footage of the animal.

He held the camera as they approached the massive reptile lying motionless on the riverbed. Bove seemed to have waited for a while before the snake began to move. The video cut to a clip of the animal flicking its black tongue across the camera lens. Bove held his ground and continued recording the incredible moment.

Green anacondas are not venomous. However, if an anaconda is upset or feels threatened, it can kill by painfully asphyxiating its victim, wrapping the prey with its long muscular body and constricting airflow, and swallowing it whole with massive, unhinged jaws. Bove was fully aware of this when he went to make friends with the snake.

After getting a taste of the camera, the snake dipped its head and backed away into the murky waters. Bove wasn’t let him get off that easily. He followed the snake, capturing the smooth speckled skin as the animal stirred up dirt and sand while slithering on the ocean bed.

A friend larger than life

Most anacondas, native to South America, live in swampy areas and marshes where humans cannot easily interact with them. The rivers around the Bonito area are the only places in the world where people (who are bold enough) can encounter the animal in clear waters.

“The river water temperature is 22–24 degrees year-round and during the winter the air is generally cooler than the water the anacondas spend more time in the water,” Bove said. [2] “As shown in the footage the anaconda swims calm and peaceful, completely indifferent to our presence, sometimes she comes closer curious about my camera licking the lens.”

While there have been no confirmed reports of a fatal attack from an anaconda, they’ve been known to attack people when they feel disturbed. Anacondas can grow up to a maximum length of 30 feet and a full size of 550 lbs. Wow! Bove’s slithering friend, weighing 200 lbs, was either quite young or suffering from stunted growth due to a shortage of food supply.

Anacondas have an expansive diet and can feed on anything from hogs and seals to birds and every kind of fish. They are not very selective. They can unhinge their jaws like most other snakes to swallow prey far larger than they are. When anacondas are younger and faster, they may eat every 7–10 days. As they grow older and prey comes more difficult to catch, they may eat once every 4–6 weeks.

“The behavior of the anaconda debunks the myth that it is an aggressive and violent creature that can endanger people’s lives,” Bove said. “No words can do justice to the sensations that I was really feeling during that experience.”