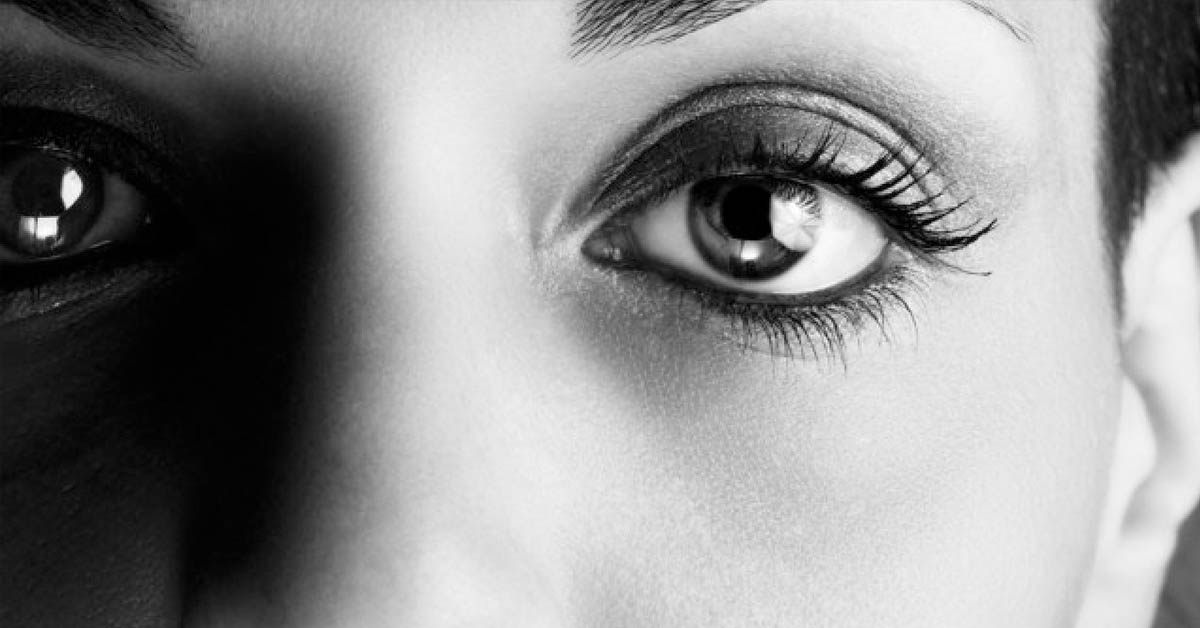 Forget LSD: eyes are the new high. Of course, we’re not talking about consuming them, but rather staring intensely into a pair for a prolonged period of time. Apparently, this can make people enter into an altered state of consciousness.

This intriguing discovery was made by vision researcher Giovanni Caputo from the University of Urbino in Italy, but it isn’t his first staring contest study. A few years ago, the scientist recruited 50 volunteers and got them to gaze upon their reflections in a mirror for 10 minutes in a dimly lit room. For many of them, it took less than one minute to start experiencing something trippy.

Their faces began to warp and change, taking on the appearance of animals, monsters or even deceased family members; a phenomenon imaginatively named the “strange-face illusion.” But it seems the bizarre effects are even more dramatic when the mirror is swapped for another person.

As described in Psychiatry Research, Caputo recruited 40 young adults and sorted them into pairs. Each pair then sat in chairs in a dimly lit room, positioned one meter (3.3 feet) apart. The illumination was set to a level that still allowed participants to pick up fine facial features, but color perception was diminished. Half of the pairs sat opposite one another, gazing at each other’s neutral expressions, while the others sat back-to-back, staring at the wall. To make sure any effects were not the result of expectation, participants weren’t informed of the nature of the study, but instead told it would involve a meditative experience.

After 10 minutes, participants then filled in questionnaires about their experiences in the room, which revealed some rather intriguing effects. According to the British Psychological Society, those in the group that faced one another described higher levels of attenuated color intensity than controls, with noises seeming louder than they should. Time seemed to slow down and they felt spaced out. Additionally, almost 90% of them said their partner’s face appeared deformed, 75% saw monstrous beings and 15% even saw traits of a relative’s face emerge on their partner.

The sensations reported, Caputo says, indicate symptoms of dissociation, a term used to describe a departure from one’s connection with reality. Interestingly, he found that these symptoms correlated with facial deformity, but not the appearance of strange faces. He hypothesizes that these hallucinations, so-called “strange-face apparitions,” could be a consequence of snapping back to “reality” after entering a dissociative state brought about by the lack of sensory stimulation. But at the moment, that’s all hand-waving and seems to contrast another possible explanation put forward by Caputo.

When we stare at a central point for a prolonged period, features in the periphery begin to gradually disappear, something known as Troxler fading. But if this were to explain what seems to be happening, then we would expect facial features to gradually vanish, rather than having strange things appear. And as pointed out by Scientific American, if some visual information is missing, the brain deals with these gaps by filling them in based on expectations or experiences.

We clearly still have a lot to learn about these strange phenomena, and Caputo is the first to admit that his work is still in its infancy. It would be interesting to find out what brings about these strange hallucinations, since although dim lighting seems to be required, it cannot be the only factor as the same was not observed in the control group.

IFL Science
IFLScience provides you with awesome and strange news and information relating to science. They are dedicated to bringing the amazing world of science straight to your newsfeed in an amusing and accessible way.