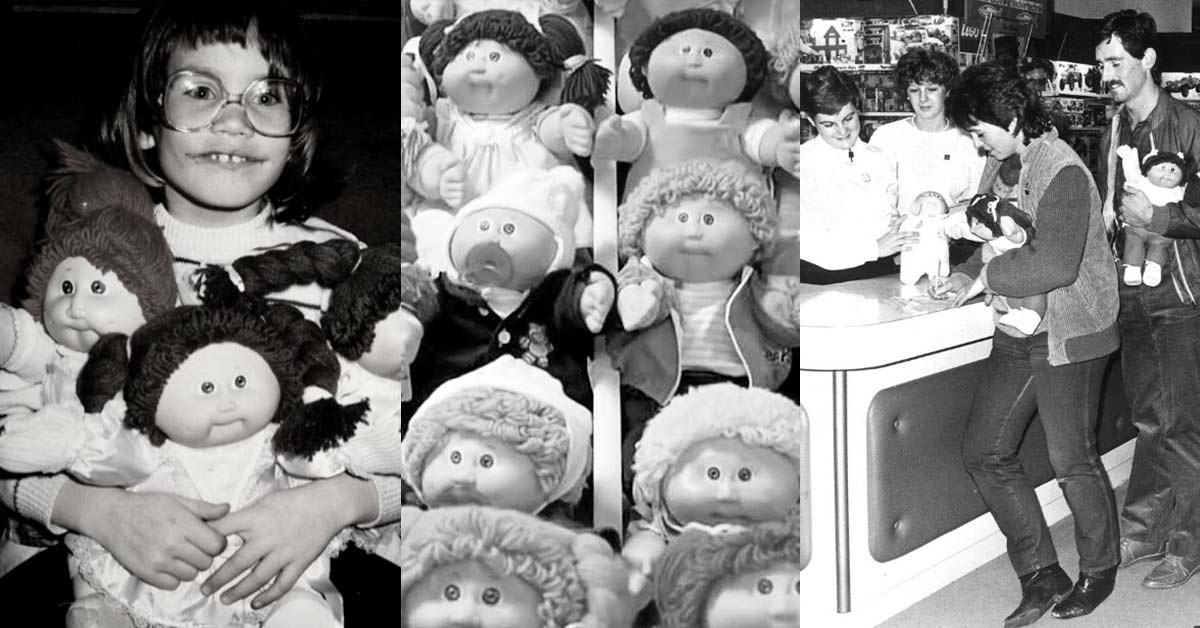 Toys have always been synonymous with children, and it is almost impossible to find an adult who did not play make-believe games with a toy while growing up. Unlike today when you can find stores full to the brim with all kinds of toys, the 1980s were a different time.

Let’s forget about today’s news, politics, and issues for a moment and go back in time to the 80’s craze for the Cabbage Patch Kids. Cabbage Patch Kids are a line of soft sculptured dolls sold by Xavier Roberts under the name Coleco.

The hand-stitched, one-of-a-kind, soft fabric dolls were made using the historic technique of “needle molding” based upon a design initially created by Martha Nelson Thomas. What set the Cabbage Patch Kids apart at the time was their marketing strategy.

This was the discovery legend Roberts came up with for his Little People, and it was later reproduced on every Cabbage Patch Kids product from 1983 onward:

This marketing strategy worked, and the Cabbage Patch Kids doll brand became one of the most popular toy fads of the 1980s. They were a must-have toy for Christmas, and parents across the country flocked to stores to try to obtain one of the dolls for their children.

The Cabbage Patch Kids were so high in demand that fights would occasionally erupt between parents over the hard-to-find dolls. As each toy came with a name, birth certificate, and signature on their squishy butts, children across the country started having their favorite characters which they would play with. [3]

Other memorable toys from the 80’s

The 1980s were a great time for toys in the United States, with a new variation being released almost every week. Some popular toys include: [4]

Transformers: The transformers toy franchise was quite significant in the 80s. The transforming robots were an instant hit amongst boy, and if you grew up in the 80s, then you probably remember the commercials.

Speak & Spell: These were the height of 1980’s technology. Toys with a robotic voice and plastic keyboards were a novelty in the 80s. Kids of the time instantly fell in love with the futuristic gadgets that were designed to help children master spelling.

Smurfs: These cute blue-skinned toys were quite popular in the 1980s, and children would spend hours in the toy store trying to decide which character to choose. Many kids would spend hours creating fantasy and elaborate theatrical scenes with their Smurfs.