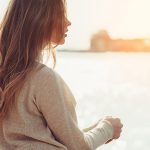 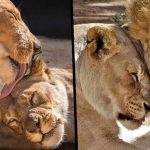 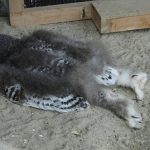 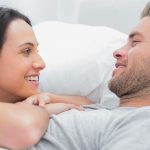 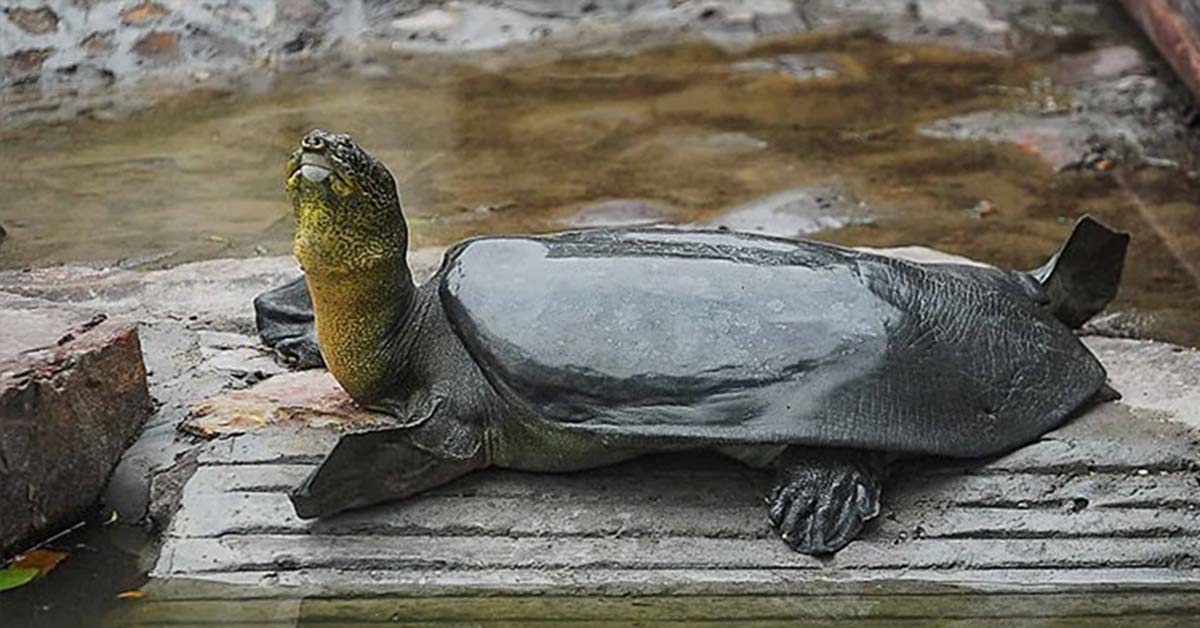 In April 2019, turtle lovers all over the world were thrown into despair when the last female Yangtze giant softshell turtle died at China’s Suzhou Shangfangshan Forest Zoo. [1] Her actual age was not known but she was believed to be over 90 years old when passed away after failing to wake up from her last artificial insemination procedure. According to the BBC, no complications arose from the procedure, which was the turtle’s fifth, but she didn’t wake up from anesthesia and was pronounced dead 24 hours later. [2]

Only three known males are left in the species worldwide, one of whom was the female’s partner in Suzhou Zoo. He was believed to be over 100 years old and had been trying to mate with the female for many years. They were unsuccessful, and according to the zoo’s officials, it was partly caused by the male’s damaged member. The scientists then began to artificially inseminate the female, all to no avail.

Following her death, only three known Yangtze giant softshell turtles are left, rendering the species functionally extinct. The two other suspected males thrive out in the wild in Vietnam. “Suspected,” because they are so craftily elusive that it’s been difficult to confirm their gender.

Another species gone due to human influence

Just like the Passenger pigeon, the Tasmanian tiger, and Western black rhinoceros, the Yangtze giant softshell turtles were wiped out of the earth’s surface due to human activities: relentless poaching and destruction of habitat. Native to eastern and southern China and Northern Vietnam, they were widely hunted for subsistence and local consumption. Their bones and shells were used in the production of traditional medicine and hunters often kept their small skulls as trophies.

The female nests at night and can lay 20 to 80 eggs in one clutch. According to The Wildlife Conservation Society (WCS), the male and female turtles in China were brought together to mate naturally in 2008. [3]

“[They] were determined to be healthy for the procedure, and similar anesthesia procedures had previously been performed without incident. Sadly, this time the female turtle did not recover normally as she had in the past and she died despite 24 hours of nonstop emergency care. A necropsy will be performed and ovarian tissue has been frozen for potential future work. The male recovered normally from the procedure. This was the fifth attempt by a team of international experts at artificial insemination with these two turtles since 2015.”

While mourning artifacts and architecture we forget to mourn those that humans themselves have caused the destruction of. Destruction of habitat and hunting decimated the yangtze soft shell turtle population. And now the only female has passed away. There’s only 3 left. pic.twitter.com/np1uGRW9F9

A light ray of hope

The species is now functionally extinct and it’s a sad reality how humans have continued to make the earth inhabitable for animals. Poaching laws are widely disregarded and hunting rare game is actually permitted in some places. The black market demand for animal parts continues to thrive, and industrialization incessantly destroys natural habitats. These are the issues we humans need to check.

For the Yangtze softshell turtles, there might be a tiny flame of hope still burning with the two Vietnamese turtles. Their genders are still unconfirmed, although they are both rumored to be males. They live in separate mud lakes and may be brought together if they are found to be of opposite genders.

“Scientists hope that this species can still be saved by working in conjunction with partners in China and with the Vietnamese government where two individuals of this turtle species, whose sex has not been determined, are known to be in the wild. It is tragic that the only known female of this species has died but the real tragedy here is that this species has been decimated to near extinction by hunting and habitat destruction. We applaud the heroic efforts by all the partners in China and Vietnam to save this species which is environmentally and culturally significant.”