The ‘Right To Disconnect’: A New Law In France That Intends To Ensure Workers Don’t Get Overworked 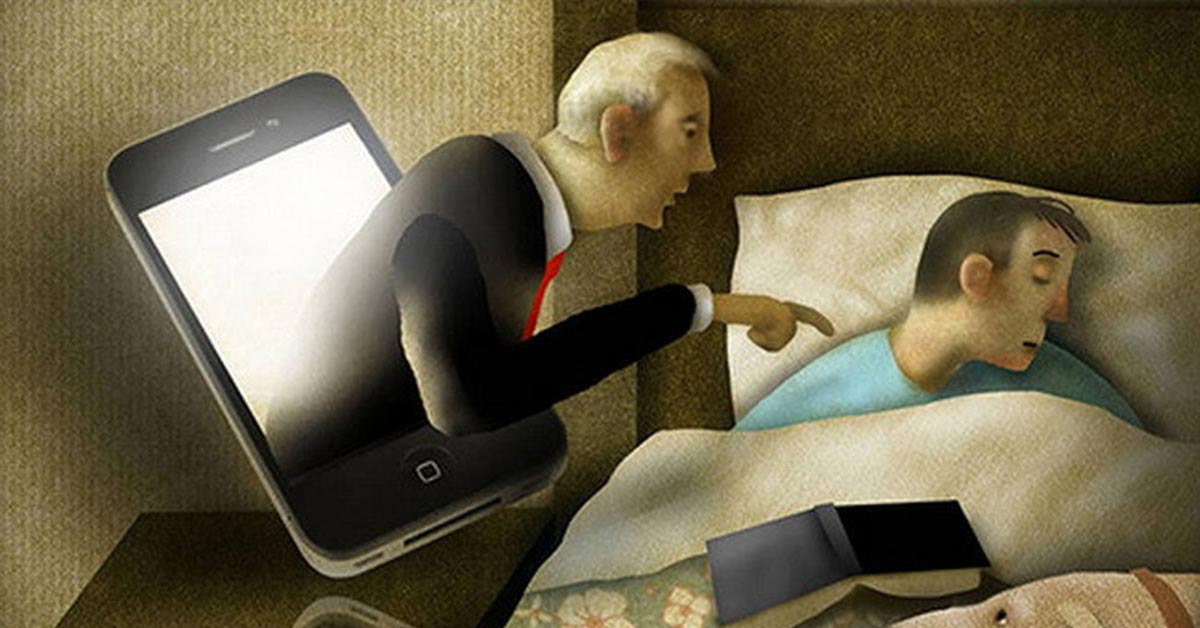 Sometimes when you are at work, you find yourself counting down the hours till you can finally go home and rest. On such days and even any other day, it’s incredibly frustrating when you get home and your boss still sends you work-related emails.

You’ve done your 9–5 or whatever hours you put in every day, that time at home is meant for you to relax, put your feet up, and watch a movie or something, without worrying about work.

Taking your work home with you

People, employers especially, think that the most hardworking employees are the ones who spend extra hours at work and are always available at their beck and call, regardless of what time it is. But like the popular saying goes, “there is time for everything.” They fail to realize that sometimes, if not most times, it’s more productive for an employee to work smarter than to work harder.

And they must ask themselves if they are getting more out of the employees by sending them home with work, or if it’s a waste of time in the long run. Surveys have been conducted on how often people take work home and they found that it’s quite awful.

The following statistics were gotten their study:

Perhaps, the above statistics have given you an insight as to just how deep the issue runs. [1]

What about the employers? Are there any statistics on their after-hour demands of their employees?

There are, according to a survey by Challenger, Gray and Christmas, and they aren’t encouraging.

With the statistics above, you see that the odds are truly against the employees. Even if they don’t want to bring their work home with them, they might not be in a position to refuse to attend to it for fear of repercussions.

Irrespective of the fact that most companies have certain policies in place regarding non-exempt employees, those entitled to overtime pay by the Fair Labor Standards Act (FLSA) don’t get any.

Jason Fried, CEO of Basecamp, doesn’t subscribe to the idea of contacting employees after work. He believes it’s ‘life’s time’ and not ‘company time.’ And while he understands that there might be one or two emergencies coming up, he says if he gets them often, then it becomes a problem. [2]

Why you shouldn’t bring work home with you

There are numerous reasons why you shouldn’t be doing that; here are a few of them.

1.Working too long is unproductive

Not to sound crude, but it is useless to overwork yourself. It might pay off in the beginning, but in the long run, it becomes not only unproductive, but also destructive to the work you’ve done so far.

According to Alexander Trotman, Chair of Ford Motor Co., “You don’t get real productivity by simply ramping up the line speed…In the beginning, everyone enjoys the extra pay; but we all get tired, pressures build-up, people get edgy, and tensions break out.” [3]

2. It negatively affects your physical health

Research has shown that overwork and the stress that comes from it can lead to impaired sleep, heavy drinking, diabetes, impaired memory, and heart disease. [4]

One researcher from the Finnish Institute of Personal Health, Marianna Virtanen, said, “Poor recovery, poor sleep and symptoms of distress which can all contribute to heart diseases. Then there are lifestyle factors such as sedentary work and leisure time, unhealthy diet, alcohol use, and smoking. People who work long hours may in general have a lifestyle which involves poor self-care; for example, they may be reluctant (or don’t have time) to see a doctor.” These in the long run have devastating effects on health.

3. It can lead to depression

This could be from not getting enough sleep or just the fact that you are overworking yourself and not living your best life. Either way, depression is a real consequence of bringing your work home regularly.

According to a study by Virtanen et al., civil servants who work long hours of overtime are predisposed to major depressive episodes. [5]

4.It affects family life and relationships

A study published in the journal American Psychology Association shows that 53% of employees claim that the demands of their job interfered with their responsibilities at home. Not only that, but 43% went on to say that these issues led to reduced job performances. This is just a vicious cycle that will only end when work is left as just ‘work,’ to be taken care of at the office. [6]

5. It can lead to conflicts in relationships

Bringing your work home can create cracks in your relationship, because your loved one might begin to feel like you don’t have time for them. This could lead to a damaged employer-employee relationships as you might begin to resent them for all the extra work.

‘The French’ seem to have the situation under control

In France, lawmakers are working to ensure that employees get enough time off or at least enjoy their after-work hours. The French Labor Reform Bill contains an amendment that says companies of 50 or more employees should draft formal policies to limit work that comes after work hours, especially the use of digital technology to disrupt people’s personal lives.

“Employees physically leave the office, but they do not leave their work. They remain attached by a kind of electronic leash—like a dog. The texts, the messages, the emails—they colonize the life of the individual to the point where he or she eventually breaks down,” said Benoit Hamon of the French National Assembly. [7]

The ‘Right to Disconnect’

The levels of overwork of employees in France are quite high, with about 1 in 10 of the nation’s workforce at high risk of burnout from being overworked. This is according to an article in the French daily Les Echos.

The ‘right to disconnect’ act is being pushed for by President Francois Hollande’s Socialist Party. A lot of mockery has been made on the matter by the foreign press, but the French government insists that the problem is growing and requires an intervention. [8]

An official statement by the French Ministry of Labor said, “These measures are designed to ensure respect for rest periods and… balance between work and family and personal life.”

“I think it is essential to preserve the health of employees,” Marie Pierre Fleury, Human Resources Director added. [9]

While the law is still under consideration, it’d be highly beneficial to the citizens of the country if it is implemented. Also, other countries should take a page from their book and do the same thing.

As for the employees, you can help yourself by trying to find a work-life balance, or a strategy to mark the transition between work and personal life.

Try to say no when possible to reduce the stress and pressure you are on. Remember that your health comes first before any job.