The White Envelope: A Powerful Story of the Magic of Christmas Traditions 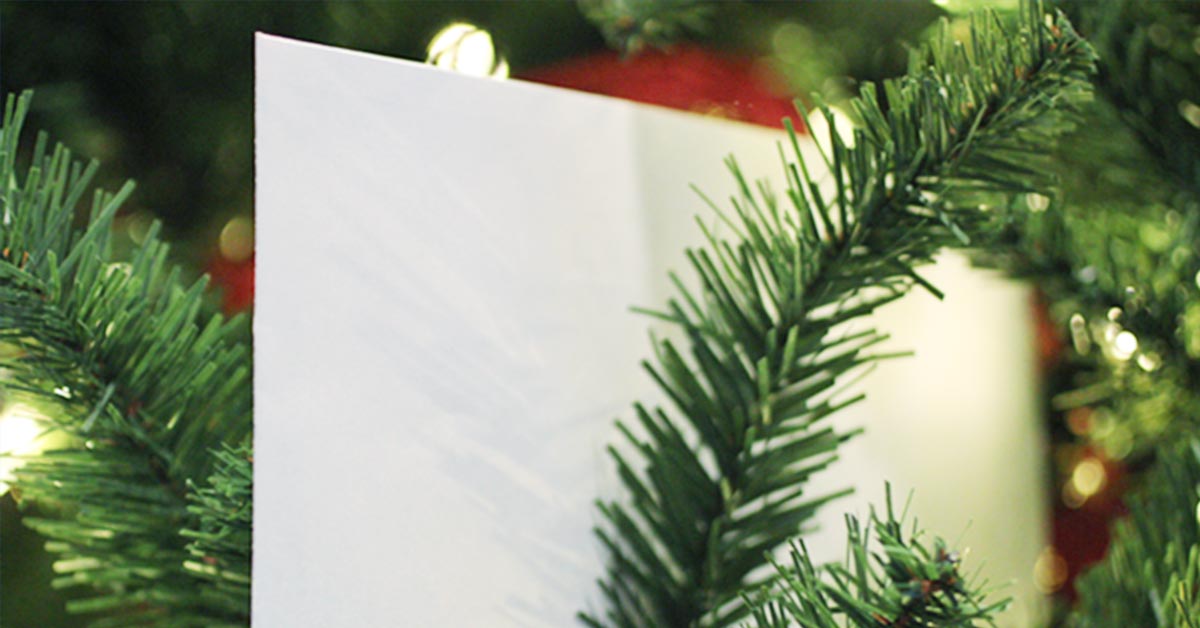 Most families have special Christmas traditions they observe every year. It could be something as big as taking the entire family skiing at the White Mountains of New Hampshire, or something as little as having one of the kids place the star on top of the tree.

Regardless of what the tradition is, what matters is that it means something to the family. Many families who come up with wonderful traditions of their own can inspire others to imbibe the spirit of togetherness in their own homes, especially during Christmas.

This is a true story written by a woman named Nancy W. Gavin. It won first place in the “My Most Moving Holiday Tradition” contest run by Woman’s Day Magazine where readers were asked to share stories of their favorite holiday traditions.

According to Gavin, her husband Mike hated how Christmas had begun to lose its true meaning in favor of becoming a commercial holiday. He disliked that people would spend outrageous sums of money, breaking bank accounts, and even going broke just to buy Christmas gifts that have no true meaning behind them.

Eventually, she decided to do something special for him after listening to his passionate monologue at their son’s wrestling match at school. The other team was sponsored by an inner-city church. Unfortunately, they had insufficient gear and uniforms as opposed to their son’s team who were well-dressed for the match. Of course, the opposing team lost and Mike said, “I wish just one of them could have one. They have a lot of potential but losing like this could take the hearts right out of them.” [1]

That was all the inspiration Gavin needed

Nancy was inspired by her husband’s words to buy loads of wrestling headgear and shoes which she sent anonymously to the team through the inner-city church. She knew it would mean a lot to her husband, and so on Christmas Eve, she wrote a note telling him what she had done. She put the note in a white envelope and hung it on the Christmas tree.

When Mike opened the gift, his smile “was the brightest thing about Christmas that year,” Nancy wrote.

A new tradition is created

Gavin’s family kept up the tradition of doing good deeds in honor of one another. From sponsoring a group of mentally handicapped kids to go to a hockey game, to sending a check to brothers who lost their home in a fire, these traditions became the best part of their Christmas holidays.

In a tragic turn of events, Mike passed away from cancer a few years later. Despite the grief, Gavin still placed the white envelope on the tree that Christmas. She woke up the next morning to find three more placed by their children in honor of their dad’s memory. [2]

Every year, people put themselves under a tremendous amount of pressure to find the perfect gifts for their loved ones on Christmas. Sadly, most people end up getting clichéd gifts that have very little meaning attached to them. They simply buy it to “get it over with.”

Gavin addressed this in her story when she said people end up “settling for gifts given in desperation because you couldn’t think of anything else.” [3]

Gavin’s story has inspired people all over the world to embrace the spirit of giving to the less privileged and others.

A family from Atlanta, Georgia, went a step further and began the White Envelope Project and Giving101, an NGO aimed at educating youth on the importance of giving. [4]

Perhaps every family should add a 13th verse to the 12 days of Christmas song saying “On the 13th day of Christmas my true love gave to me…a White Envelope on a fir tree.” It could become the newest Christmas tradition with an undeniably important significance.