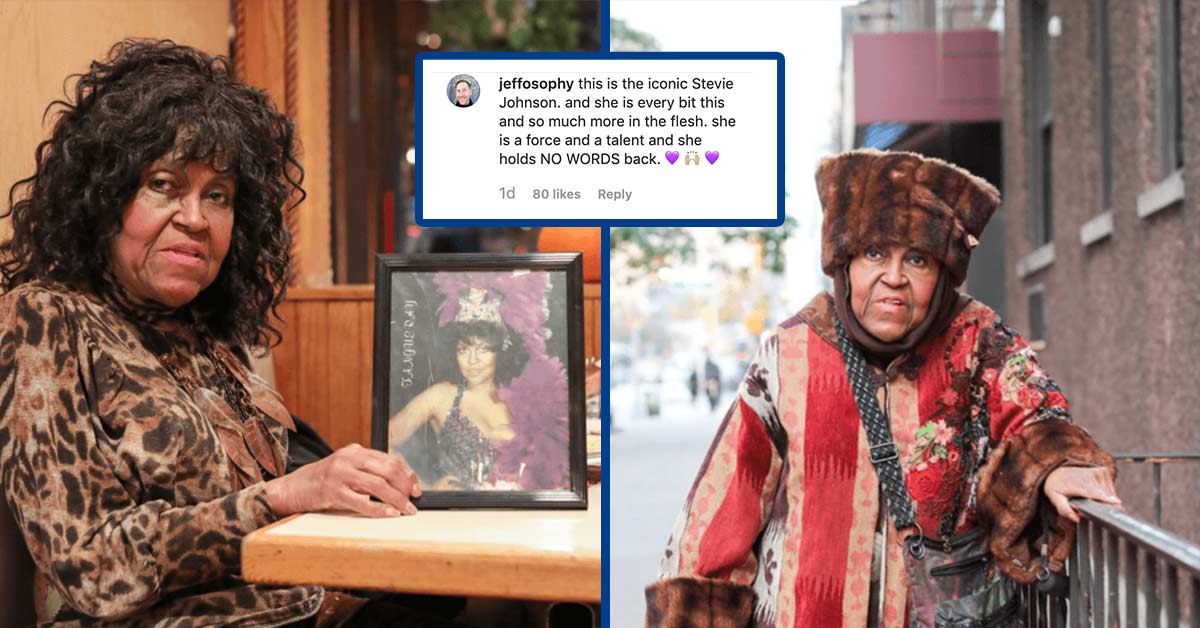 Her story was so incredible that she got three parts on the book portrait.

Since its inception in 2010, Humans of New York has been a solid platform for millions of New Yorkers and people from all over the world to visually tell their stories. The photo blog was created by award-winning photographer Brandon Stanton and it serves as a book of portraits to tell awe-inspiring and heartbreaking stories.

This month, a former stripper and fashion designer, Tanqueray, served up some major inspiration on her Humans of New York story. Her globally viral story is Netflix and HBO-worthy. Thrown out of home by her mother at 17 and arrested for attempting to collect her belongings, Tanqueray didn’t have an easy beginning. Pregnant, alone, and scared, she was given a scholarship to any school of her choice when the wardens found out she was smart.

She chose the Fashion Institute of Technology and began to make costumes for strippers and drag queens. In rather vulgar, unhindered, and shocking honest terms, Tanqueray told her story in three parts:

My mom threw me out of the house at seventeen for getting pregnant, then had me arrested when I tried to get my clothes. Then she f**ked the head of parole to try to keep me in jail. She was some prime pu**y back then. But the warden did some tests on me and found out I was smart, so I got a scholarship to go anywhere in New York. I chose the Fashion Institute of Technology, which I hated. But by that time I was already getting work making costumes for the strippers and porn stars in Times Square. One night a Hasidic rabbi tried to pick me up because he thought I was a tranny. I had to tell him: “Baby, this is real fish!”

She worked her way up to the top

According to Tanqueray, when she started stripping in the seventies, she “was the only black girl making white girl money.” It was a tough time for her because she had to work in mob clubs where African-American women were often denied entry. Despite the nature of her job, Tanqueray didn’t let her dignity slip out of her grasp.

Her experience in the sex work scene

Truly, Tanqueray’s life has been nothing short of an Oscar-worthy movie. She told the story of her experience with a certain Madame Blanche, a high-class, high-end pimp back in the day. This happened to be the only time she ever came close to engaging in transactional sex during her time as a stripper.

She controlled all the high dollar prostitutes back then. She was like the Internet — could get you anything you wanted. And all the powerful men came to her because she never talked. She set me up with a department store magnate who wanted a black girl dressed like a maid. I thought I could do it. But when I got to his hotel room, he wanted to spank me with a real belt. So that was it for me. I was done. But Madame Blanche set my best friend Vicki up with The President every time he came to New York. And don’t you dare write his name because I can’t afford the lawyers. But he’d always spend an hour with her.

Tanqueray stood against all odds and held to her personal ideals. Is she goals or what?

Humans of New York fans are going crazy about Tanqueray, calling on Netflix to offer her a handsome deal and make a movie about her story.