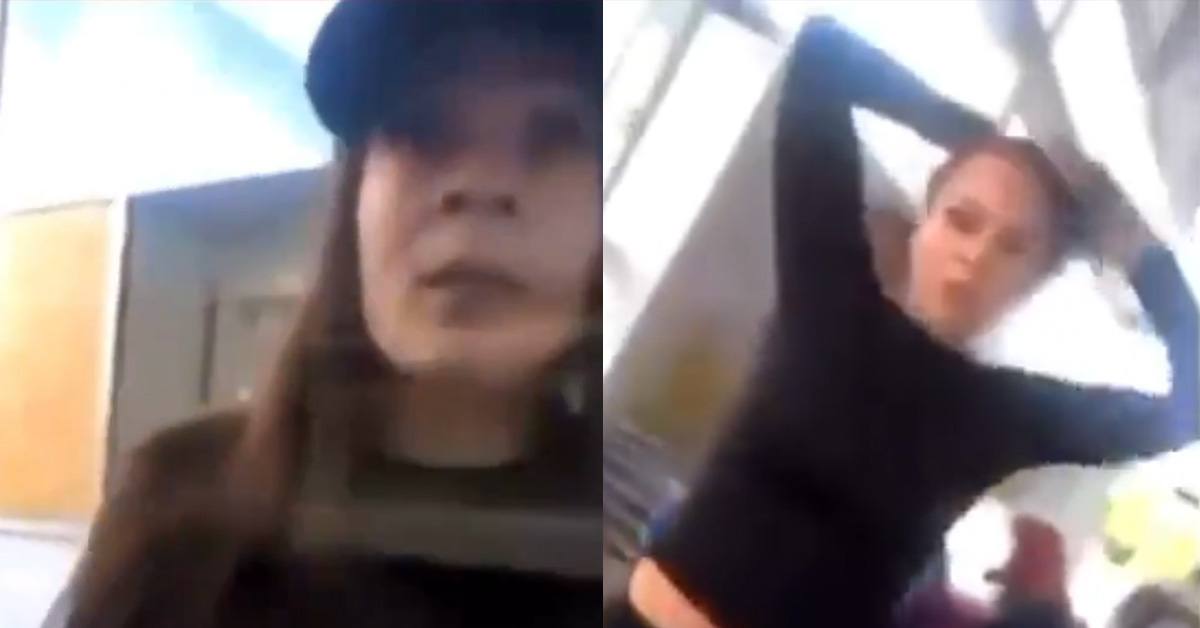 The dictionary defines bullying as any action that seeks to harm, intimidate, or coerce someone perceived as weaker or more vulnerable. Although children have a higher risk of being bullied in school and other social gatherings, not all parents respond to their children being bullied the same way.

What would you do if you heard that a kid at school was bullying your child? This was the question an anonymous woman in London answered after she was filmed confronting her son’s alleged bully and warning them not to do it again, or she would “rip their f**king face off.”

In the viral video shared on Twitter by London Streets, an unnamed woman is shown going hard at the person recording the video. She starts by introducing herself as a kid’s mom, then she goes on to tell them not to come near her child again, or she would rip off many faces, with some expletives mixed in.

The person recording could be heard repeating, “You can’t touch me; you’re not allowed to touch me,” but the mom, though aggressive, didn’t show any sign of physical connection. At this point, the mom leaves and returns a few seconds later with her hair whipped into a ponytail.

This reaction didn’t come as a surprise if the reactions on social media are anything to go by. Many of the comments are along the lines of “great that she is defending her child.” Women are naturally inclined to protect their offspring from someone or something else.

The prevalence of bullying in the U.S.

According to the StopBullying.gov website, between one in four U.S. students say they have been bullied at school, and many have also been cyberbullied. The 2017 School Crime Supplement, carried out by the National Center for Education Statistics and Bureau of Justice, indicates that about one in five students ages 12—18 experienced bullying. [2]

Bullying has historically been linked to several negative physical and mental health issues, including increased feelings of sadness, loneliness, and seeing one’s self as an outcast. Other developmental problems include depression, anxiety disorders, health complaints, and decreased academic performance.

In extreme cases, these bullied children might decide to retaliate through extremely violent means. For instance, in the 1990s, 12 of 15 school shooting cases involved a shooter with a history of being bullied. [3]

On the other hand, kids who do the bullying are also at risk. Research shows that kids who bully others stand a higher chance of dropping out of school, getting into fights, and abusing alcohol and other drugs. They are also more likely to have a criminal record as adults

A 2015 study on the Long-term effects of bullying found that: “Childhood bullying has serious effects on health, resulting in substantial costs for individuals, their families, and society at large. In the USA, it has been estimated that preventing high school bullying results in lifetime cost benefits of over $1.4 million per individual.” [4]

This phenomenon is not present in the U.S. alone; an estimated 16,000 youths, aged 11–15 are absent from school as a result of bullying. Worse yet, a bullied child may not feel the need to tell anyone they are being bullied.

“Up to 50% of children say they would rarely, or never, tell their parents, while between 35% and 60% would not tell their teacher.”

This means that many bullied children suffer in silence for fear of some form of payback or as a result of shame. This can lead to long-term developmental issues and social problems.

If you are being bullied or you know someone who is, you can help them by telling a trusted adult in a position of authority. If this isn’t possible, you could also do the following: [5]