“We Could Have Had a Longer Time Together,” Says Cancer-Stricken Alex Trebek as He Wishes He’d Met His Wife Earlier 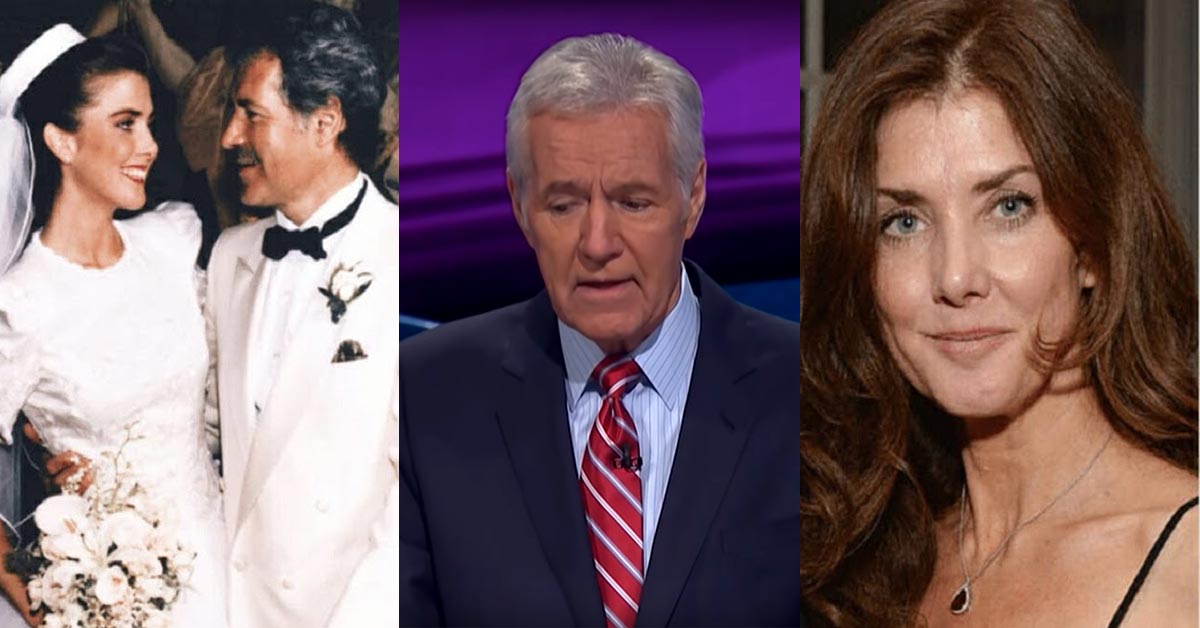 After all the love they’ve shared and the memories they’ve made, all he wants is more.

In March, Jeopardy! show host and TV icon, Alex Trebek, announced his stage four pancreatic cancer diagnosis, breaking the hearts of millions of fans around the world. [1] The 79-year-old had been gearing up to start the 35th season of the show in August when he regressed and his health deteriorated. While he was determined to stay on the show, Trebek admitted that he may have to leave soon.

Before he announced his diagnosis, Trebek made a heartwarming statement in his interview with People in January.

“I’m pretty satisfied with my life,” the Ontario-born American star said. [2] “But my wife Jean and I have been together almost 29 years, and I was thinking about President Bush when he died, and all the comments about his life about what a nice guy he is, and how he and his wife had been together 73 years. I thought, oh my gosh … if I’d just met Jean in my 20s we could have had a longer life together.”

Alex and Jean have two children together: Matthew, 29 and Emily, 27. They’ve been married for 29 years.

Alex boldly said to Canada’s CTV News in March that he’s not afraid of death because he’s lived a good, long life. [3] He’s strengthened by the support of his family while he fights his condition, and he won’t be afraid of any outcomes.

“I’m not afraid of dying,” he said. “I’ve lived a good life, a full life, and I’m nearing the end of that life … if it happens, why should I be afraid of it? One thing they’re not going to say at my funeral, as a part of a eulogy, is ‘He was taken from us too soon.’”

His wife Jean, 54, has never stopped gushing about her iconic husband.

“He’s got a great sense of humor,” Jean said. “He takes his job very seriously, but won’t take himself too seriously. He’s also youthful. He’s just an intelligent human being. Part of Alex’s staying youthful is his staying curious.”

Between Jean and Alex, there is a 24-year age difference, but their connection had been unmistakable. Twenty-nine years later, they’re glad they didn’t let a number keep them apart.

“There was just this deep sensitivity about him with a gruffy exterior,” Jean said. “I kept thinking, he’s 24 years older than me … but there was something that just kept drawing me to him.”

Trebek is a pacesetter for positivity in hard times since he’s only optimistic about the future. He opened up in March about his harrowing symptoms, which included hair loss, weight loss, and a speech impediment. [4] He deals with occasional pangs of sadness and depression, immense fatigue, mouth sores, and “excruciating pain.” Despite all his suffering, Trebek is determined to keep fighting.

“I understand it more now so I can deal with it a lot better now than I did before,” he said. “When it happened early on I was down on myself. I said, ‘Hey, you shouldn’t be reacting this way.’ I didn’t realize how fallible each of us is in his or her own way. I talk to the audience sometimes and I get teary-eyed for no reason. I don’t even bother to explain it anymore; I just experience it. I know it’s a part of who I am and I just keep going.”

Alex says that although the prognosis is not very encouraging, he’s not giving up that easily.

“And with the love and support of my family and friends, and with the help of your prayers also, I plan to beat the low survival rate statistics for this disease,” he said.

We hope that luck shines in his favor. Alex will remain in the hearts of millions of people around the world, and let’s also include him in our prayers.

Love while you still can

Alex’s story is a reminder for us to spend more time with the people who truly matter. A day may come when we’ll wish we had more time, but all we’ll get is what we already had.

Building a career, chasing one’s dreams, family feuds, marital issues, disagreements — there are always ways to be pulled away from the ones we love. It’s important to regularly retrace our steps and find our way back to the people we belong with. Love when there’s still time and never stop making those memories. Cherish the people that matter because that’s what a good life is actually about.

Make the people you love a top priority in your life. It’s unfair to choose anything else over them.

Be grateful for the ones who love you because they’ll never abandon you. Appreciate them for being there despite your shortcomings as a family member, a spouse, or a friend. They are there when you need them, and no matter where you are or what situation you find yourself in, you know that you can always count on them to have your back.

Appreciate the people who stand by you and love you unconditionally. You go through life wondering what it’s all about but at the end of the day, it’s all about family and true friends.

Make memories every day and hold them close to your heart. That board game with so much laughter flying around will be a source of comfort to you one day. The steak-off in the backyard, a vacation to a Caribbean island, a drive around town — cherish these tiny moments because it’ll take a lifetime to forget them.